ROME (Reuters) – The death toll from an outbreak of coronavirus in Italy has leapt by 627 to 4,032, officials said on Friday, an increase of 18.4% – by far the largest daily rise in absolute terms since the contagion emerged a month ago. 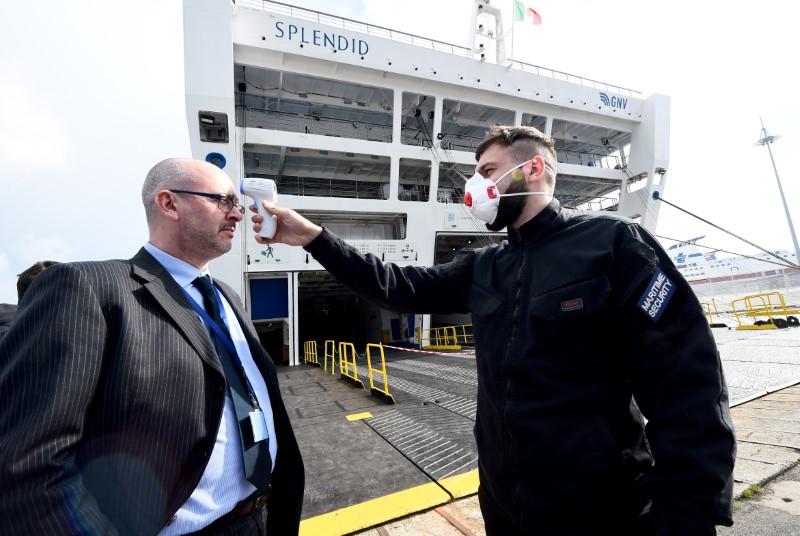 On Thursday, Italy overtook China as the country to register most deaths from the highly contagious respiratory disease.

In its most complete analysis of the outbreak yet published, the national health institute (ISS) said the average age of those who died was 78.5 years, with the youngest victim aged 31 and the oldest 103. The median age was 80.

Italy has the oldest population in the world after Japan, with some 23% of people aged over age 65. Medical experts say these demographics could explain why the death toll here is so much higher than anywhere else in the world.

By comparison, the median age of those who tested positive for the illness was 63.

A deeper analysis of 481 of the deceased showed that almost 99% of them were suffering from one or more medical condition before catching the virus. Some 48.6% had three or more previous pathologies.

The median time between the onset of the first symptoms and subsequent death was eight days, with the median time spent in hospital just four days.

Of the 3,200 deaths reviewed in the survey, only nine were aged less than 40, all but one of them men.