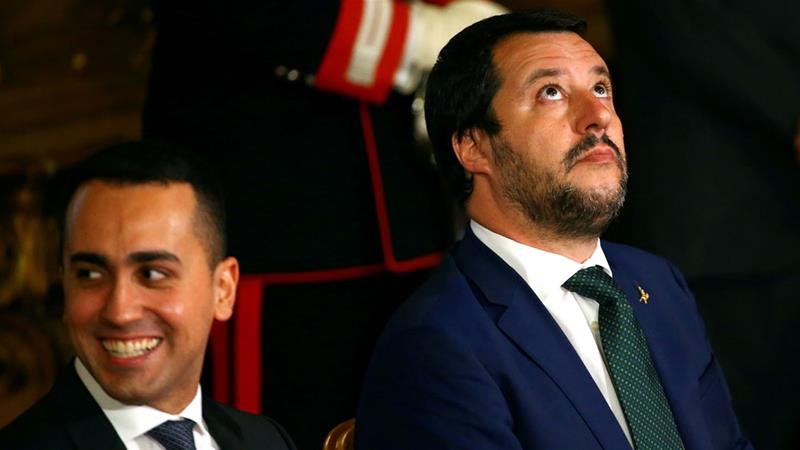 An Italian Senate committee voted on Tuesday to block an investigation into accusations of kidnapping against Italy’s Deputy Prime Minister Matteo Salvini over his decision to hold 150 migrants on board a ship for five days last August.

The committee voted 16 to 6 to stop the investigation into Salvini, who is also interior minister and the leader of the hard-right League party that rules in a coalition with the anti-establishment Five Star Movement.

The case has sown division within the government and in particular within Five Star, which has built its support on pledges to bring transparency to Italian politics and has harshly criticised past parliamentary manoeuvring to halt judicial proceedings against legislators.

Prosecutors in Sicily have sought permission to investigate Salvini for abuse of power and kidnapping over the case of migrants held on board the Diciotti coastguard ship.

When Salvini took office in June of last year, he blocked humanitarian ships carrying rescued migrants from Italy’s ports and said he would allow migrants on shore only if other European partners agreed to take them.

In the case of the Diciotti, migrants rescued at sea were allowed to disembark when Albania and Ireland offered to accept some of them and Italy’s Catholic Church agreed to take responsibility for the rest at no cost to the taxpayer.

Five Star leader Luigi Di Maio held an online ballot of the movement’s core supporters on Monday and 59 percent voted to protect Salvini. The movement’s senators on the Elections and Immunity Committee said they would honour that vote.

“We have provided the guarantee for this government to keep working,” Mario Michele Giarrusso, a Five Star senator who sits on the committee, said after the vote.

Opposition legislators from the Democratic Party (PD) protested loudly in the courtyard outside the committee room, holding up signs that read “shame” and chanting one of the Five Star mottos: “Honesty, honesty, honesty!”

Salvini said he asked for parliamentary immunity because his decision to block the migrants was in the best interest of the country and was taken together with his allies. Prime Minister Giuseppe Conte and Five Star have backed this position.

Some observers said they fear the vote reflects an unprecedented path in Italian politics.

“It’s an inconsistent approach to politics,” said Senator Gregorio De Falco, a one-time Five Star Movement MP who left the populist party after being suspended for not endorsing its policy on migration.

“The Movement risks losing its credibility and killing people’s hope because of an adventurous and inadequate political class,” De Falco told Al Jazeera.

Virginia Pietromarchi contributed to this report