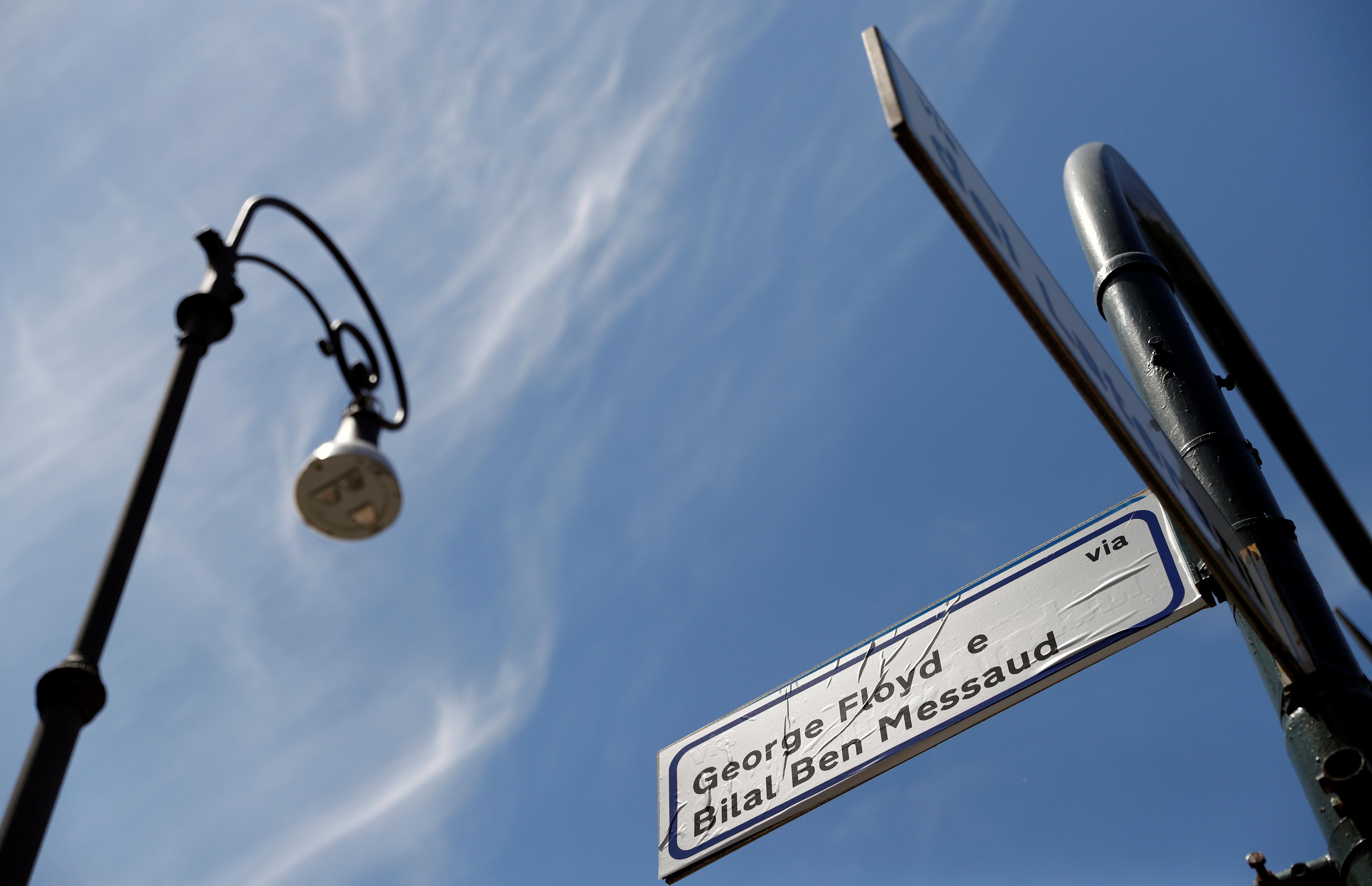 ROME (Reuters) – Anti-racism activists poured red paint on a statue of an Italian colonial-era general and pasted over the name of a street in Rome on Friday to show solidarity with the Black Lives Matter movement in the United States.

Early in the morning, the activists from a group calling itself the “Let’s Remain Human Network” changed a street sign from Via Amba Aradam to Via George Floyd and Bilal Ben Messaud.

Amba Aradam was the location of a battle that took place in 1936 when Italian colonial forces defeated Ethiopian warriors with mustard gas, tanks, and heavy artillery.

Floyd died in Minneapolis after a police officer knelt on his neck for nearly nine minutes while detaining him on May 25. His death has triggered worldwide protests against racism and police brutality.

Messaud was a migrant who died last month while trying to swim ashore from a ship off the coast of Sicily.

The same group took responsibility for splashing red paint on a statue of Antonio Baldissera, a 19th century general in Italy’s colonial forces in Abyssinia, now part of Ethiopia.

The group said in a post on Facebook that it was protesting against “structural racism” and that the actions were part of a campaign “to dismantle the symbols of colonialism” in Rome.