JERUSALEM (Reuters) – Israeli Defence Minister Benny Gantz said on Monday he ordered the military to step up preparations for Israel’s pending annexation of parts of the West Bank, a plan that could stoke Palestinian violence. 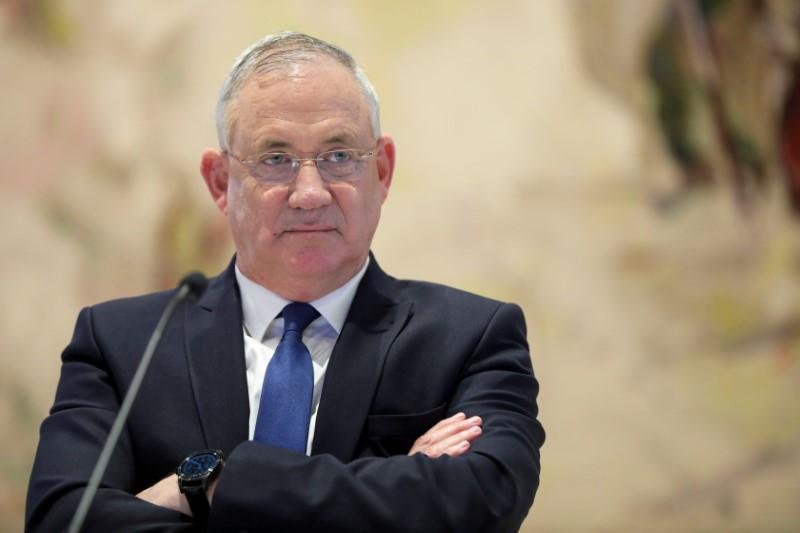 Prime Minister Benjamin Netanyahu has pledged to begin cabinet discussions on July 1 on extending Israeli sovereignty to Jewish settlements and the Jordan Valley in the West Bank, occupied territory that Palestinians seek for a state.

Gantz’s directive appeared to indicate that the centrist politician had either signed on to the move, or at least believed it would be inevitable, given right-wing support in the Netanyahu-led coalition cabinet.

In public remarks to legislators of his centrist Blue and White party, Gantz noted a recent uptick in anti-Israeli violence in the West Bank and the Palestinians’ declaration last month that they were ending security cooperation with Israel over the annexation issue.

He said he had subsequently ordered the chief of staff, Lieutenant-General Aviv Kochavi, to “examine all the ramifications and the required preparations” stemming from moving ahead with the peace plan U.S. President Donald Trump announced in January, a blueprint that could ease annexation.

In a separate written statement, Gantz said “preparations by the Israel Defence Forces should be stepped up ahead of pending diplomatic moves regarding the Palestinians”.

The Palestinians have rejected Trump’s proposal, under which the vast majority of West Bank settlements built by Israel on land captured in the 1967 Middle East war would be incorporated into “contiguous Israeli territory”.

The Palestinians and most countries consider such settlements illegal. Israel disputes this.

The Trump plan also envisages a Palestinian state under near-complete Israeli security control, creating what Palestinians leaders say would be an unviable country.

Sami Abu Zuhri, an official with Islamist group Hamas which rules the Gaza Strip, another part of Palestinians’ hoped-for future state, told Reuters: “The call of the occupation army to get ready for annexation of the West Bank is a call for war, and the occupation will regret this crime, and soon realise they are committing a grave mistake.”