Benjamin Netanyahu has failed to secure a majority in Israel’s elections, leaving his future as prime minister uncertain.

Opposition parties managed to secure 60, but small right-wing party Yamina is forecast to win seven and has not yet declared whether it would form a coalition or not.

It is the fourth time in two years that a political vote in Israel has ended in deadlock. 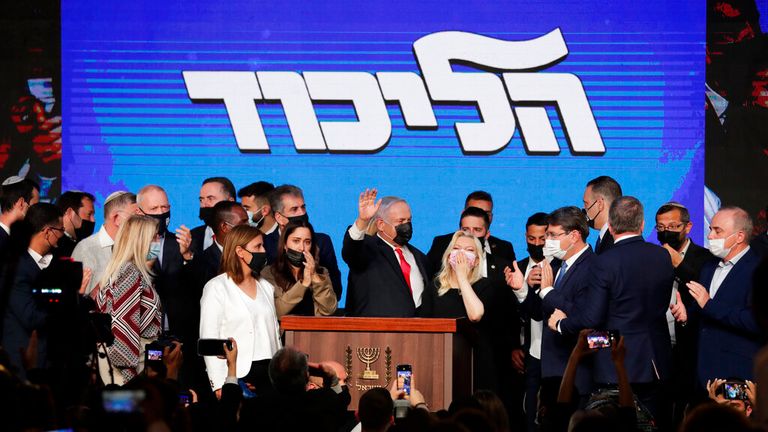 If Mr Netanyahu is unable to form a government, the country faces an unprecedented fifth consecutive election later this year.

In an address to supporters at his Likud party’s headquarters in Jerusalem early on Wednesday, the leader boasted of a “great achievement” but stopped short of declaring victory.

“We must not under any circumstances drag the state of Israel to new elections, to a fifth election. We must form a stable government now, he said.

Yamina’s leader Naftali Bennett is a former Netanyahu loyalist, but in recent years has turned against him.

He shares the incumbent’s nationalist ideology and is the most likely candidate to offer to join him in forming a government. But in a speech to his supporters after the exit polls, he refused to reveal which side he would take.

“Now is the time for healing. The norms of the past will no longer be acceptable,” he said. 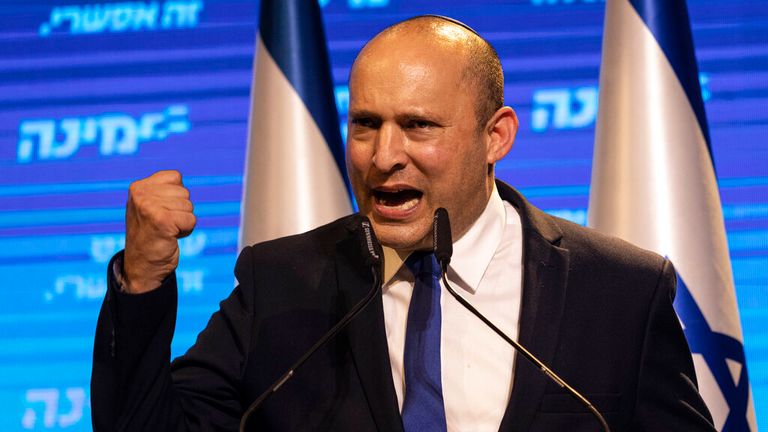 So far, just under 70% of the votes have been counted, with the final total not expected today due to coronavirus restrictions.

The election is being viewed as a referendum on Mr Netanyahu’s leadership after he became Israel’s longest-serving ruler in 2019.

Along with his allies, the current PM is projected to get between 53 and 54 seats, opposition parties 60 and Yamina the other seven.

Although they could achieve a majority, rival parties are unlikely to be able to form a government, as their ideological differences on Palestine and the role of religion are extremely different.

Tuesday’s election was sparked by the disintegration of an emergency government formed by Mr Netanyahu and his rival last May.

The alliance was inevitably plagued by infighting and they were forced to call a vote after failing to agree a budget in December.