Iran will ‘want to retaliate directly’ to Israel says expert

Mohsen Fakhrizadeh, the head of Iranian military’s nuclear programme, was shot 13 times driving on a highway to the east of the country’s capital, Tehran, on November 27. The weapon was being “controlled online” and “zoomed in” on Fakhrizadeh “using artificial intelligence”, according to Mehr news agency, which quotes Commodore Ali Fadavi, deputy commander of Iran’s Islamic Revolutionary Guard Corps.

IRGC chief Fadavi said the machine gun was mounted on a Nissan pickup and “focused only on martyr Fakhrizadeh’s face in a way that his wife, despite being only 25 centimeters (10 inches) away, was not shot,” the news agency reported.

Fakhrizadeh, believed to have been 61 years old, was also accompanied by 11 guards when he was assassinated in the town of Absard.

The pickup used in the attack was said to be parked 10-15 metres away.

Rear-admiral Fadavi said: “The automatic weapon installed in the pickup was also equipped with a smart satellite system that zoomed into Fakhrizadeh’s face and used artificial intelligence.” 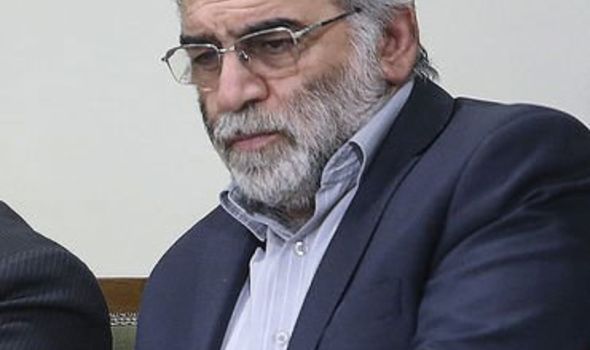 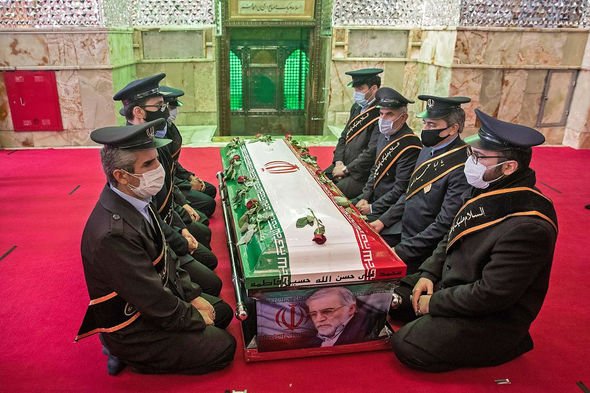 Fakhrizadeh became the fifth Iranian nuclear scientist to be assassinated since 2010.

Fadavi added that Fakhrizadeh’s head of security took four bullets “as he threw himself” on the scientist and that there were “no terrorists at the scene”. 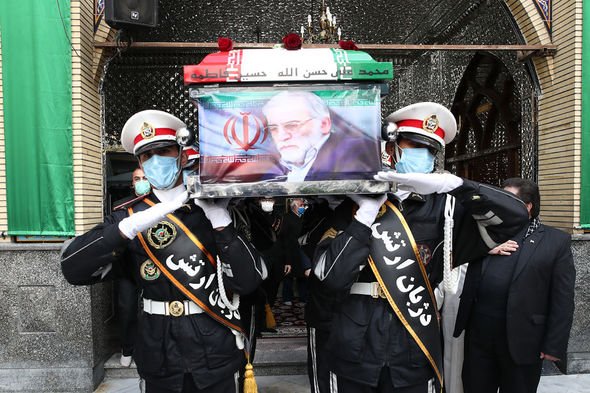 According to ISNA, Second Brigadier General Ramazan Sharif, a spokesman for the Islamic Revolutionary Guard Corps, said in response: “The Zionists know very well that their actions will not go unanswered.

“In the past years it has been proved that their actions will not go unanswered.”

Iran vowed revenge as Fakhrizadeh’s funeral was held in the capital.

In a series of tweets, Iranian journalist Mohamad Ahwaze said 12 people were sent to Absard as part of the attack, while another 50 assisted with logistics from afar. 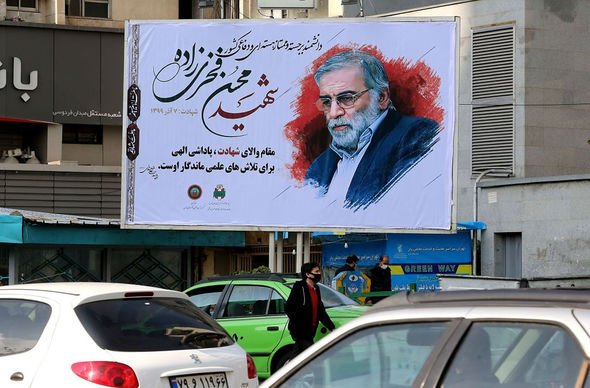 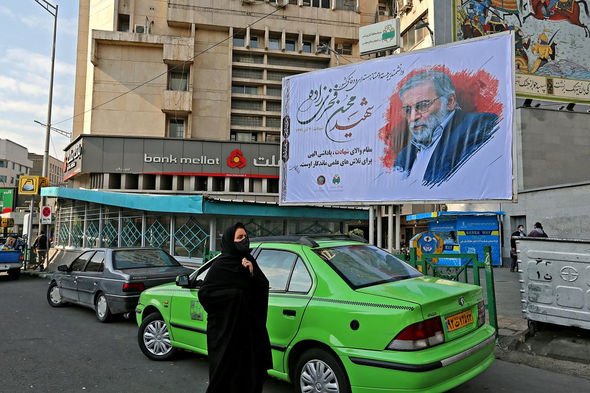 A US Intelligence official told the New York Times Israel was responsible.

He described Fakhrizadeh as “the country’s prominent and distinguished nuclear and defensive scientist.”

Iran’s president, Hassan Rouhani, said in a televised statement: “Iran’s enemies should know that the people of Iran and officials are braver than to leave this criminal act unanswered.

“In due time, they will answer for this crime.”