DEPOK, Indonesia (Reuters) – Alarmed by how the coronavirus pandemic has left many Indonesians destitute, a group of volunteers are providing free meals to vulnerable daily wage earners in their neighbourhoods, ranging from rickshaw drivers to trash collectors. 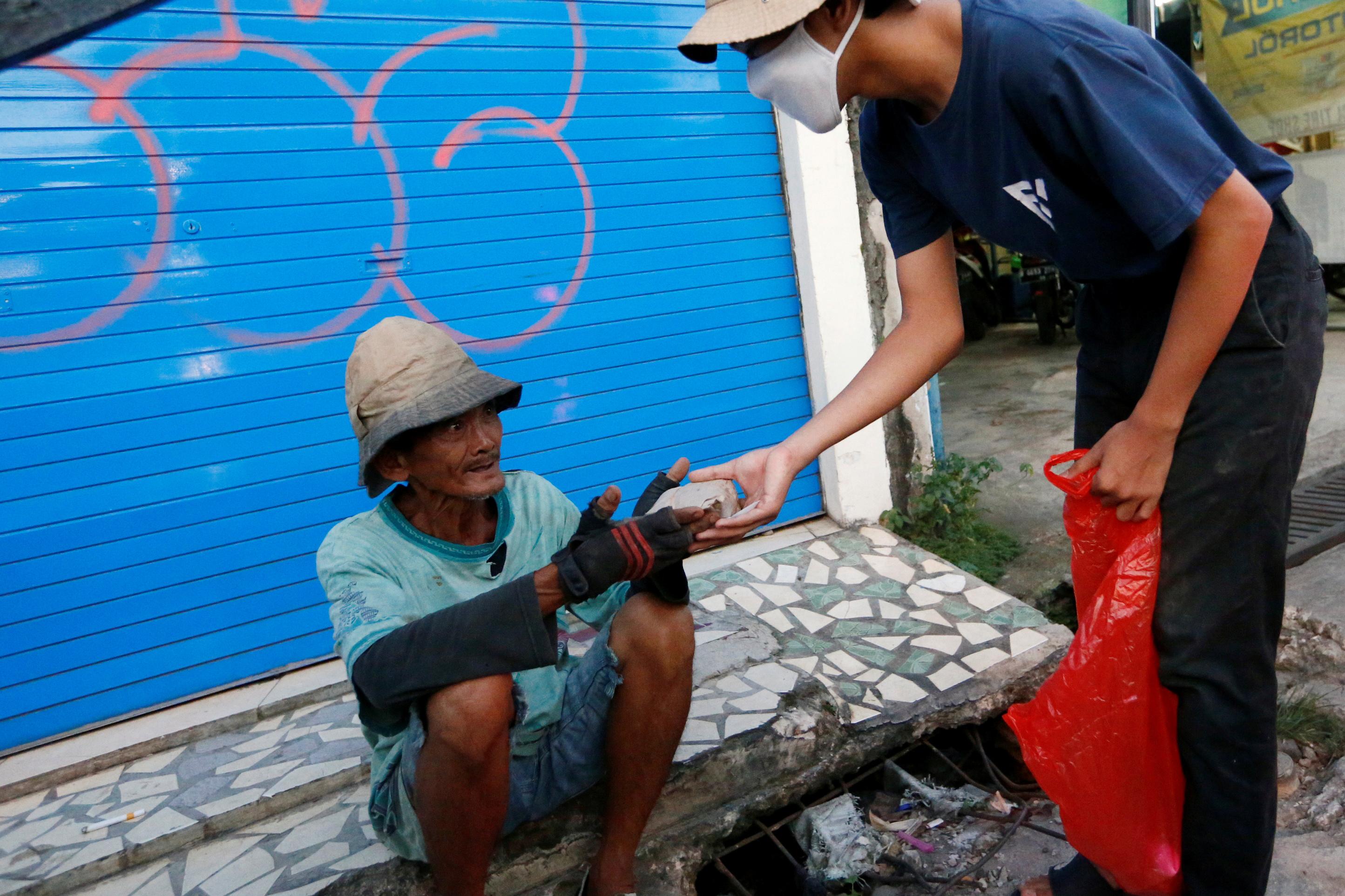 Millions of Indonesians have been thrown into poverty in recent months and are struggling to make ends meet in a country that has recorded more than 1,100 deaths from COVID-19, the highest toll in East Asia outside China from the respiratory disease caused by the novel coronavirus.

“This is the time for us to act,” said 19-year-old Sherina Redjo, one of the 15 university students behind the initiative.

The volunteers jump on their motorbikes to distribute free food packages around four times a week for the fast breaking time during Ramadan in Depok, a satellite town on the outskirts of the capital Jakarta. The Muslim fasting month of Ramadan is widely observed in the Muslim-majority country.

While conceding their efforts may only scratch the surface of the problem, Redjo says no matter how small it is “it will certainly help them”.

The group estimates they have handed out more than 660 meals since they started in the middle of March.

The coronavirus outbreak has cost some 2 million people their jobs in just six weeks, the country’s finance minister said in early May, adding that the country’s efforts to eradicate poverty had been set back by a decade.

The volunteers collect donations on social media to pay for the food and on a good day they can raise enough money to produce 50 packs of boxed food.

The beneficiaries are mostly daily wage earners, such as rickshaw drivers, delivery workers and garbage collectors, whose livelihoods are hit the hardest by the outbreak.

“I thank them so much for giving me this package and I pray for their generosity,” said Bambang, a cycle rickshaw driver who uses only one name.

The aim of the volunteers is to make sure these people have some food before they go to sleep.

“We are focusing on providing dinner so that at least they can sleep with their bellies full,” said Luqmanul Hakim Yullyadi, 19, the group’s designated cook, who learned culinary skills from his mother who runs a food catering business.

“I joined because I feel pity and sympathy for many of my friends whose parents’ income was disrupted because of this pandemic and also for those people on the street whose life depends on daily wages,” he said.