A blast of hot weather is forecast to hit the UK this week, bringing up to 26C highs to parts of the country. With September starting with grey skies and cold weather, a spurt of heat will be welcomed as the summer comes to an end.

While rain and cool conditions may be on the cards for the start of this week, temperatures are expected to climb significantly towards midweek.

Up to 26C could be seen across areas of the southwest, with sunny spells making for rather nice late summer conditions.

Other areas may see rain, but could also feel quite warm as a subtropical swell tracks across the UK, fuelled by a southerly wind.

Anyone reading the forecast of late may have seen the term Indian Summer used, but what exactly does this mean? 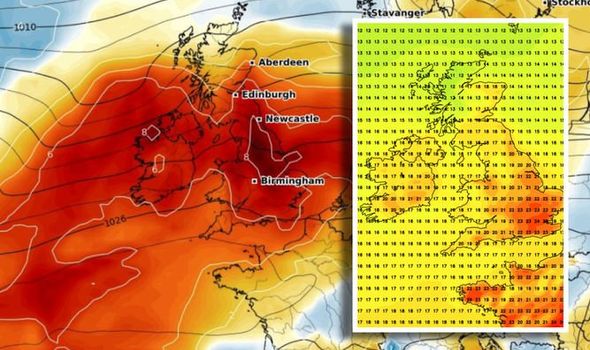 What does Indian Summer mean?

The term Indian Summer is one used to describe a spell of warm weather during a period of typically cooler conditions.

Any stint of unseasonably warm weather over the autumn period, September, October and November, is usually given the name Indian Summer.

According to the Met Office, the exact beginning of the phrase are uncertain. 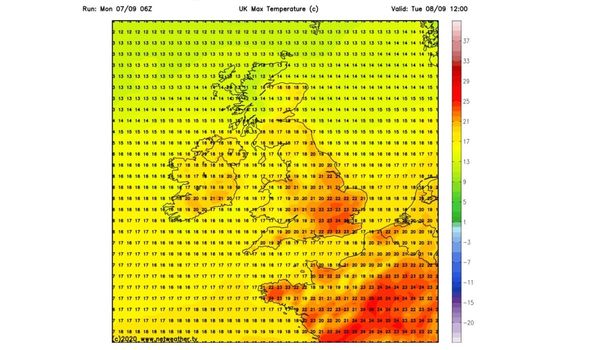 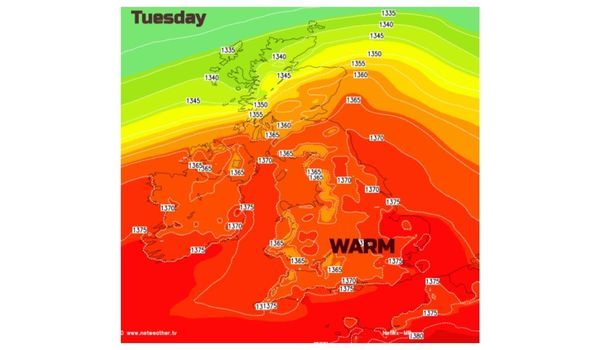 Several writers have speculated the phrase was first used to describe a period of warm autumn conditions which permitted Native American Indians to continue hunting.

The Met Office Meteorological Glossary first published in 1916, defines an Indian summer as “a warm, calm spell of weather occurring in autumn, especially in October and November.”

With the predicted temperatures of this week, the UK could well see an Indian Summer.

The average maximum temperature for September in England is 17.5C, with Tuesday’s 26C prediction 9.5C higher than this.

Maps have turned red with the temperature anomaly for this time of year, showing the heat spreading across the south of England, Wales and parts of the North.

Met Office forecaster Marco Petagna said: “A mainly settled spell is expected from Wednesday in the South, with fine and dry weather.”

“There will be notable changes to temperatures after mid-teens highs, with Azores high pressure meaning the mercury could touch the mid-20s.”

However for an Indian Summer to occur, these conditions need to persist over consecutive days. 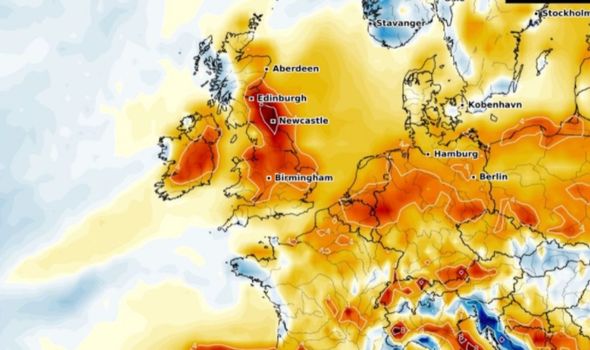 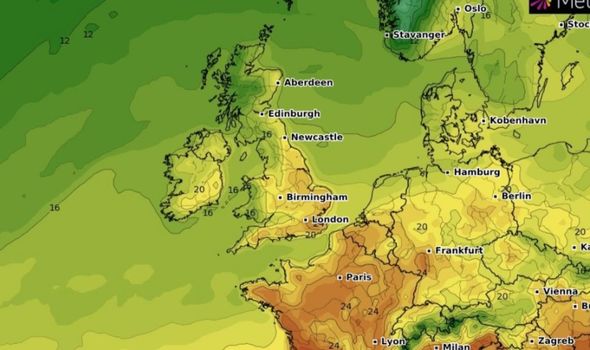 Wednesday is also predicted to be a warm and sunny day for the UK, with Netweather forecasters predicting a balmy 24C for the south.

However, on Thursday, temperatures will dip back down to near-average, with highs of 20C for the South of England.

Bookmakers Ladbrokes are optimistic September could shape up to be a record-breaker with the next few days of heat.

Ladbrokes spokesman Alex Apati said: “Temperatures are on the up and it’s now odds-on that this goes down as the hottest September on record.”

For the UK to record the hottest September on record, temperatures would have to soar above 35.6C.

This record temperature was set on September 2, 1906, in South Yorkshire during a sweltering heatwave that year.

The next hottest September day recorded was in 2016, with a staggering 34.4C felt in Gravesend.