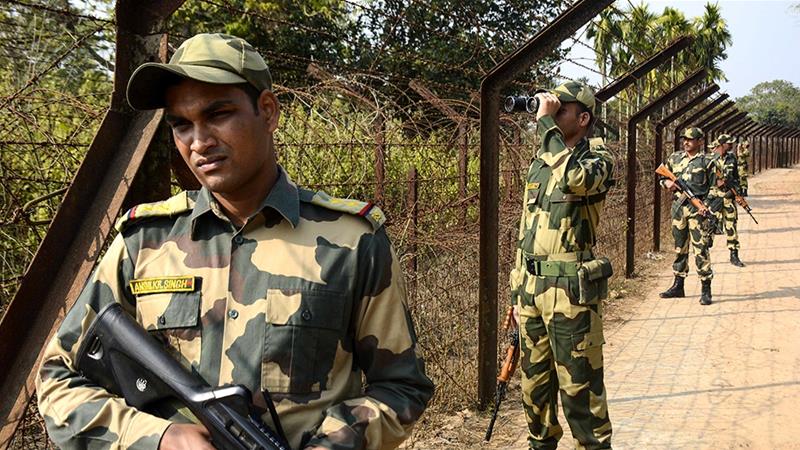 At least 25 Bangladeshi civilians were killed by the Indian Border Security Force (BSF) in the first six months of this year, according to a human rights watchdog.

Odhikar, a Bangladesh-based human rights group, released a report on Monday where it also stated that the BSF injured 17 and abducted another three Bangladeshi citizens.

“[A total of] 45 Bangladeshi nationals have been victimized by the neighboring border force between January and June, 2020,” said the report.

Referring to a much-discussed killing of a Bangladeshi teenage student, the report said: “During this period, a BSF member entered Bangladesh and shot dead an SSC (secondary school certificate) examinee engaged in agricultural work.”

Shimon Roy, 16, was shot on April 19 in the northern border district of Thakurgaon, according to local media reports.

“Unfortunately, there have been killings at the border, and we cannot assure that it will not repeat in the future,” he added.

The shootings along the 4,096km (2,545 miles) border occurred as Indian border forces exercise its controversial “shoot-on-sight” policy to prevent cattle smuggling and illegal crossing into India from Bangladesh.

Responding to Odhikar’s report, SS Guleria, a high-ranking BSF official at the South Bengal Frontier headquarters in India, told Anadolu Agency at least 10 Bangladeshi nationals died at the southern side of the border.

“Transborder crimes are at an all-time high here. Mostly, they (Bangladeshis) come to procure Phensydl, a cough syrup used as a drug by youngsters. Bangladesh has banned the syrup, and thus this youth tries to procure it from India,” Guleria said.

“Only criminals and those who attack our men are killed. At least nine BSF personnel have been injured by these notorious illegal infiltrators this year. Last year, we lost three BSF members, while 45 got injured. The criminals died as an act of self-defence by our BSF personnel … to prevent infiltration and smuggling, youth try to cross the border to supply or procure drugs,” added Guleria.

Related posts:
Hot News
S&P 500, Nasdaq rise as Apple nears $2 trillion in market cap
Lithuania bans Hezbollah affiliates in move hailed by Israel
S&P 500 dips at open as labor market rebound falters
Mozambique battles to retake key port from militants
Storm UK: Why is the sky yellow before a storm?
Recent Posts
This website uses cookies to improve your user experience and to provide you with advertisements that are relevant to your interests. By continuing to browse the site you are agreeing to our use of cookies.Ok