The latest bloodshed, the worst in the Indian capital since protests against new citizenship laws erupted more than two months ago, began over the weekend. Fresh violence broke out in several areas across northeast Delhi just miles from where Mr Trump and Indian Prime Minister Narendra Modi met for talks.

The situation is very grim

A fire department official said his teams were responding to more than a dozen separate calls relating to arson incidents as fresh protests were held in the city.

Delhi Fire Department Director Atul Garg said: “We have sought police protection as our vehicles are being blocked from entering the affected areas.

“The situation is very grim.” 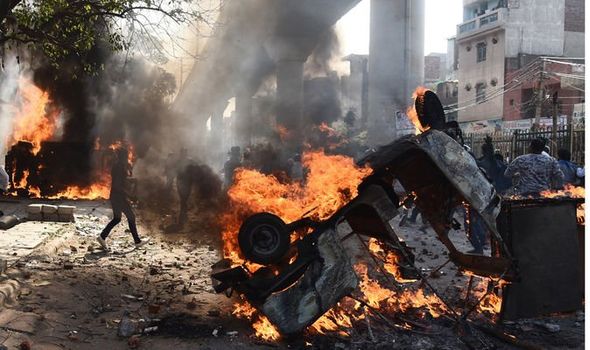 Mr Garg said the violence had not diminished despite authorities imposing an emergency law prohibiting gatherings in the violence-hit areas.

One fire department vehicle was torched by protesters and a small number of firemen had been injured.

Local television showed huge clouds of smoke billowing from a tyre market that was set alight, and mobs wielding sticks and stones were seen walking down the streets in parts of northeast Delhi. 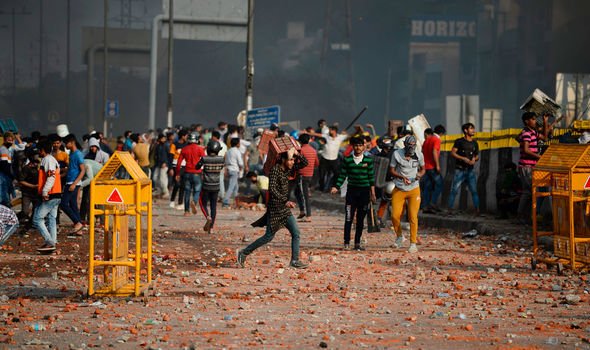 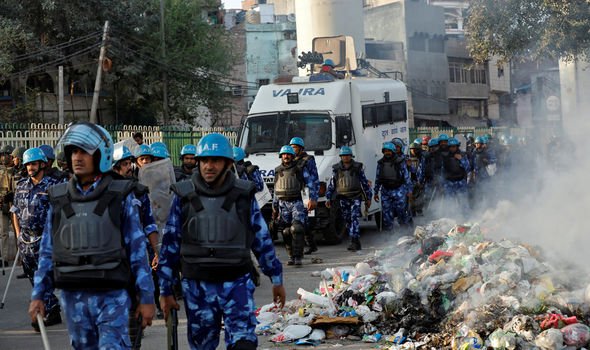 Rajesh Kalra, a medical superintendent at the Guru Teg Bahadur Hospital in New Delhi, said: “There is a flow of injured people still coming in. There are casualties.

“There are all kinds of injuries – many pellet injuries and some from sharp weapons, too.”

Police used tear gas and smoke grenades but struggled to disperse the stone-throwing crowds that tore down metal barricades and set vehicles and a petrol pump alight.

He said: “Whatever problems people have can be resolved peacefully. Violence will not help find a solution.”

Schools in the city were shut and at least five metro stations were closed as a result of the violence.

New Delhi has been a hotbed of protests against the new Citizenship Amendment Act (CAA), which makes it easier for non-Muslims from three neighbouring Muslim-dominated countries to gain Indian citizenship. 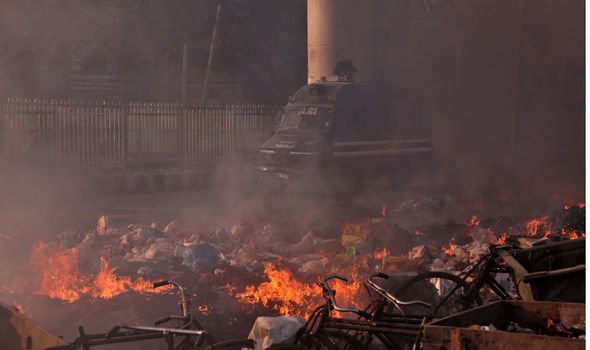 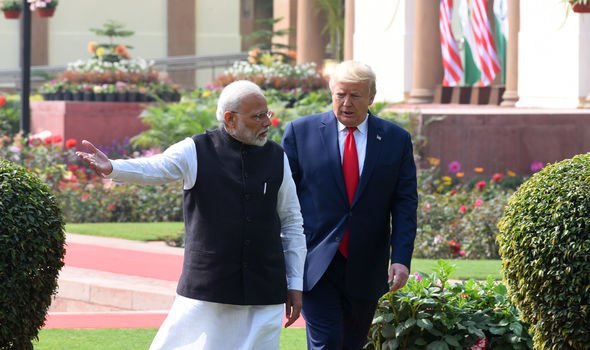 The BJP denies any bias against India’s more than 180 million-strong Muslim minority, but objectors have been holding protests and camping out in parts of New Delhi for two months.

The violence erupted as Mr Trump was praised India as a tolerant country.

He said: “India is a country that proudly embraces freedom, liberty, individual rights, the rule of law, and the dignity of every human being.

“Your unity is an inspiration to the world.”