Indian and Pakistani artillery fire near the Line of Control kills seven in the disputed region, officials say.

Indian and Pakistani soldiers again targeted each other’s posts and villages along their volatile frontier in the disputed region of Kashmir, killing at least five civilians and two soldiers, and wounding several others, officials on both sides said.

The nuclear-armed rivals fired mortars and artillery at each other despite the release of an Indian pilot who was shot down by Pakistan, but then sent back as a “peace gesture”.

The three died after a shell fired by Pakistani soldiers hit their home in Poonch region near the Line of Control (LoC) that divides the Himalayan territory of Kashmir between the two nuclear-armed rivals, police said.

“At 6pm, Pakistan started shelling, which went on for three hours. One of the shells hit by Pakistan hit the house, in which three members of a family were killed, including two innocent children,” Poonch resident Mohammad Saleem told Al Jazeera.

The children’s father was critically wounded and has been admitted to hospital.

Reporting from New Delhi, Al Jazeera’s Sohail Rahman said residents in Uri, 50km from Poonch, were moved to safer areas due to the heavy shelling from Pakistan along the LoC.

In Pakistan-administered Kashmir, a man and a boy were killed by Indian shelling in Nakiyal, said Nasrullah Khan, a hospital official. Khan said a man was also wounded in the Tatta Pani area.

The Pakistani army said in a statement that two of its soldiers were killed in Nakiyal in an “exchange of fire while targeting Indian posts undertaking firing on civilian population”.

Separately, a police official in Rawalakot, speaking to Al Jazeera on condition of anonymity, said that a man had been wounded and three homes destroyed in the Indian shelling overnight.

Both countries’ officials used the routine description for the military confrontations, saying their soldiers retaliated “befittingly” and blamed the other for “unprovoked” violation of a 2003 ceasefire accord at several sectors along the Kashmir frontier, targeting both army posts as well as villages.

A top Indian minister said on Saturday the government would not share proof that “a very large number” of armed fighters were killed in air strikes inside Pakistan this week.

While Pakistan has denied any casualties in the attack, some Indian opposition leaders also asked the government to share evidence of the strikes.

“It’s a very irresponsible stand,” Jaitley said at a conference organised by an Indian media group.

“The armed forces must have, and our security and intelligence agencies must have, a full leeway in dealing with situations, and if anybody wants operational details to be made public … he certainly does not understand the system.”

Al Jazeera visited the site of the Indian strikes and found that bombs hit a forest and a field in a remote area in northern Pakistan’s town of Jaba, about 100km away from capital, Islamabad.

Pakistan retaliated to the Indian air attacks by shooting down a MiG-21 fighter jet on Wednesday and detained its pilot, Wing Commander Abhinandan Varthaman, who was returned to India on Friday night in a “peace gesture”. 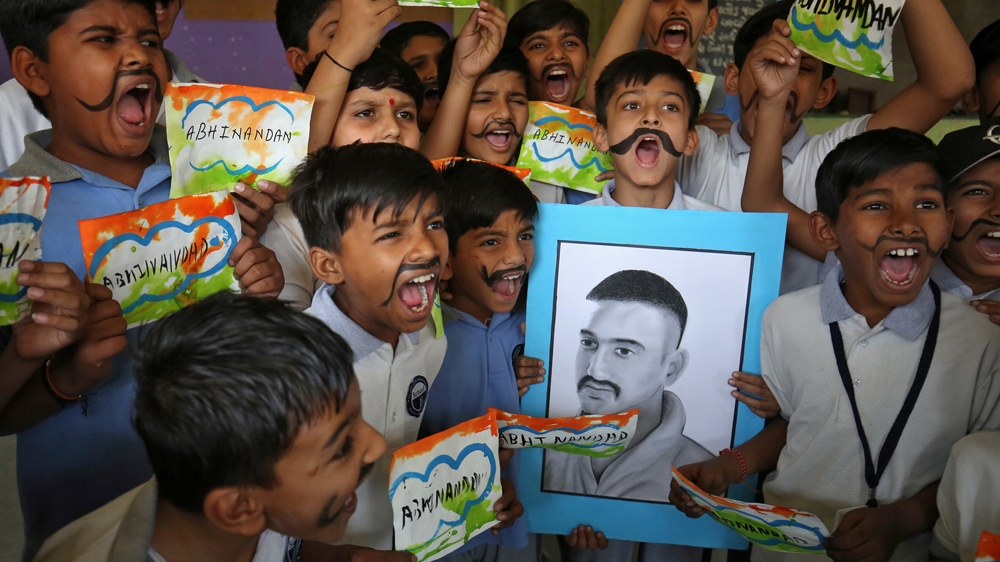 Al Jazeera’s Sohail Rahman said the India-Pakistan standoff is likely to be a major issue in the Indian general election, due in April and May.

“In 2014, the issue of relations with Pakistan was not high on the election campaign agenda. Now with another election coming up, Indian politicians are trying to internationally isolate Pakistan, while domestically build consensus that will help them win the election,” he said.

Meanwhile, the 57-nation Organisation of Islamic Cooperation (OIC) has criticised India for “indiscriminate use of force against innocent Kashmiris” at a meeting in the United Arab Emirates.

In a strongly-worded statement, the world’s largest body of Muslim-majority nations hit out at what it called “intensified Indian barbarities” and “illegal detentions and disappearances” in Jammu and Kashmir.

Pakistan’s foreign ministry said the OIC adopted a resolution urging India and Pakistan to de-escalate tensions and resolve their issues “through peaceful means”.

Islamabad said the OIC expressed concern over the past week’s “Indian violation of Pakistani airspace; affirmed Pakistan’s right to self-defense; and urged India to refrain from the threat or use of force”.

The OIC resolution came a day after Pakistan’s foreign minister skipped the meeting to protest the decision to invite India, a non-member.

On Friday, India’s External Affairs Minister Sushma Swaraj addressed the OIC meeting as a ‘guest of honour’ and urged the Muslim body to “act together” to combat “global terrorism”.

“If you want to save that humanity, then we must tell the states who provide shelter and funding to the terrorists to dismantle the infrastructure of [those] terrorist camps and stop providing funding and shelter to the terror organisations based in that country,” she said, without naming Pakistan.

Rebel groups have been fighting Indian rule since 1989 and demand that Kashmir be united either under Pakistani rule or as an independent country.

Anti-India sentiment runs deep in the region, and most people support the rebels’ cause against Indian rule while also participating in civilian street protests against Indian control.