SHANGHAI (Reuters) – In Qibao, an old river town on the outskirts of Shanghai, officials have deployed more than 2,700 staff and volunteers to check temperatures and monitor traffic as they work to contain the coronavirus that has now killed more than 2,000 in China. With large parts of the town sealed off and its teashops and boutiques shuttered, the crackdown in Qibao has been far tougher than elsewhere in Shanghai, reflecting the variety of sometimes heavy-handed approaches taken by jurisdictions across the country.

In a recent speech, President Xi Jinping told local governments to “protect the normal economic and social order” while at the same time promising to punish officials found to be negligent in the fight against the outbreak.

With mixed signals from the top, local authorities have tried to strike a balance between combating the disease and keeping the economy ticking over.

The epidemic has also revealed the role played in China by residential committees – a network of volunteers who enforce government and Communist Party guidelines at the grassroots level.

Qibao, for one, is erring on the side of caution.

Checkpoints and medical stations are set up at each point of entry. The silence in the streets is broken only by birdsong and the roar of aircraft descending into Shanghai’s Hongqiao airport, 6km (4 miles) away.

“We can’t allow any of those people who have had contact with the disease to come here and contaminate our many neighborhoods or our local people,” said Tang Xin, a 43-year-old volunteer working 12-hour shifts at one of the checkpoints.

“Every residence, every county, every town has its own specific plans: we are just doing what our (residential committee) leader tells us to do,” he said.

Shanghai, with 333 confirmed coronavirus cases so far and no fatalities, has dispatched more than 1,300 inspectors to scour the city looking for violations of anti-epidemic guidelines.

Yin Xin, a city government spokesman, told a briefing on Wednesday that residential areas should set up medical stations, report people with high temperatures and enforce 14-day quarantines for those returning from major infection zones.

But the government has also said the precise methods of curbing the virus are up to the communities themselves.

“There are a few reasons why Qibao is stricter than elsewhere,” said a retired resident who gave his surname as Yu. “First there are lots of people coming from other places. Also, regulation and management is much better in the big city than here.”

“They’ve even closed the fruit shops here,” he said.

So far, Qibao has no confirmed infections, but local officials are anticipating more than 100,000 people will be making their way back after the extended Lunar New Year holiday, some of whom could be carrying the disease.

Authorities also discovered last week that a family of three had driven more than 1,000km (650 miles) to Qibao from the epicenter of the outbreak in Hubei province.

The town, which has been absorbed into Shanghai’s sprawl, has around 1,000 years of history, but its antiquity has made it harder to manage. Many of its 300,000 residents live in old alleys rather than the gated communities prevalent elsewhere in the city.

“Qibao is special geographically, and is very close to the Hongqiao transportation hub so there are a lot of people coming in, so it has to be a bit stricter,” said Zhang Tian, a 40-year old teacher and resident.

Volunteers in compounds in Shanghai’s upscale Xuhui district told Reuters they were acting on the instructions of the committees, who decided how strict they should be. 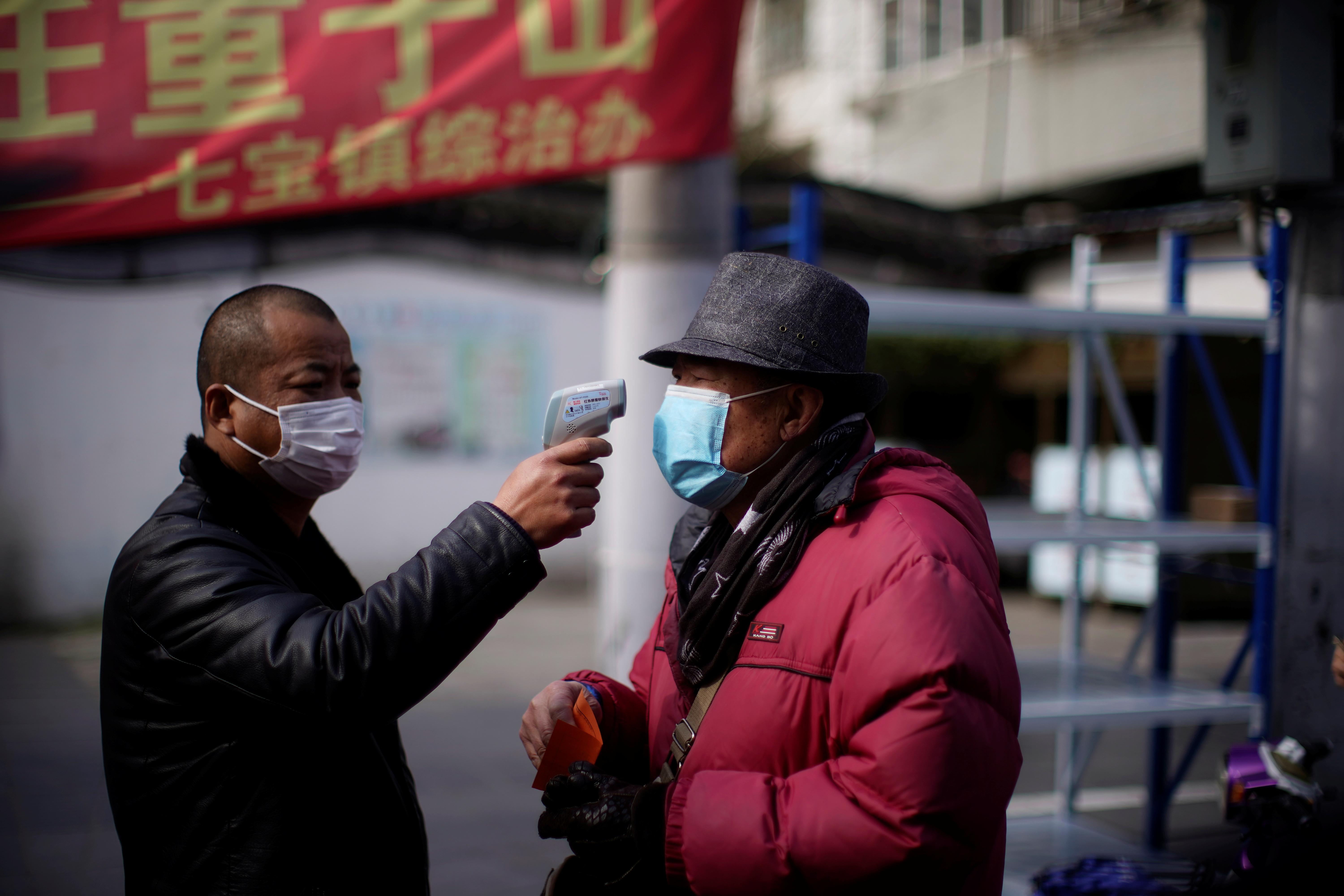 Although some compounds in the district were checking temperatures 24-hours a day, others were less strict, with one leaving all screening activity to a single security guard, and none have been checking identity cards as they do in Qibao.

An editorial in the official China Daily on Wednesday said “what security guards or volunteers are doing to seal residential areas or neighborhoods should never go too far”.

“You have to manage these things, but not manage too much – that’s the key,” said Yu, the retired Qibao resident. “No one has told us when this will all end. They don’t know either.”