The latest system is not yet a named Atlantic storm, nor has it been officially declared a hurricane. However, the US National Hurricane Center (NHC) has warned the system developing over the Gulf of Mexico could become the next named storm of the season. Should the system upgrade to tropical storm status, it will be known as Tropical Storm Cristobal.

The region is located in the southwestern Gulf of Mexico. 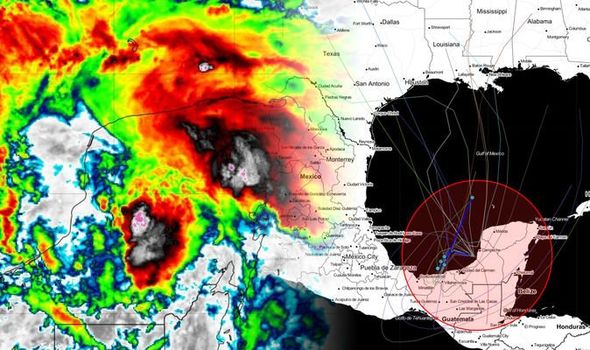 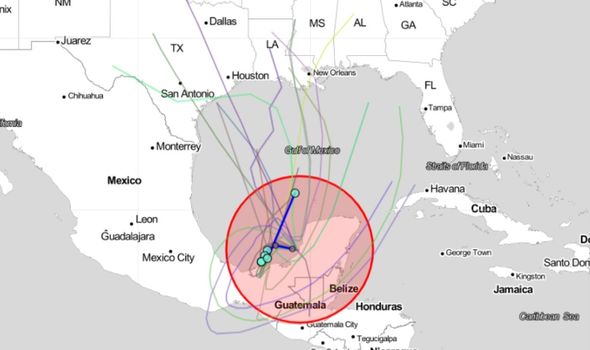 Where is Tropical Depression Three?

As of the NHC’s latest advisory on June 1, tropical storm conditions are expected in some regions as a result of the system.

“The depression is moving toward the west-northwest near 7 mph (11 km/h). 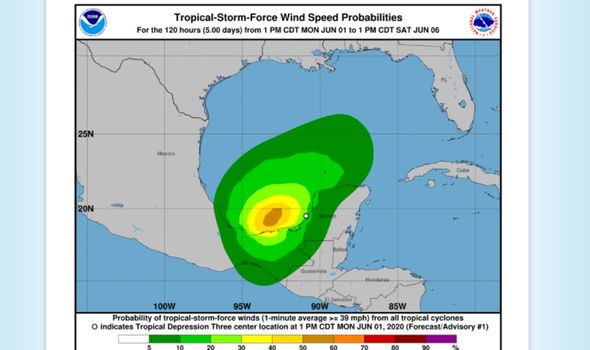 “This motion at a slower forward speed is expected tonight.

“The depression is forecast to turn west-southwestward or southward at a slower forward speed on Tuesday, and meander over the southern Bay of Campeche through late Wednesday.

“On the forecast track, the center of the cyclone is forecast to be near the coast of the southern Bay of Campeche Tuesday night through Thursday.”

The system currently has maximum sustained wind speeds of some 30mph, with higher gusts possible.

Hurricane season 2020: When is hurricane season in US and Caribbean? – INSIGHT
Cyclone LIVE tracker: How to track multiple cyclones NOW – MAP  – LIVE
Cyclone meaning: Difference between cyclone and hurricane – EXPLAINER

The NHC warns “gradual strengthening” is expected over the next couple of days.

By Monday night or Tuesday, the depression is expected to upgrade to a tropical storm.

Dan Kottlowski, AccuWeather’s top hurricane expert, said: “The circulation around the gyre is accounting for most of the steering breezes at this time, so it is plausible that it could wander southward or westward and make landfall in Mexico at midweek.”

Spaghetti models also suggest the US could be at risk of impact and landfall from the storm due to constantly changing weather patterns. 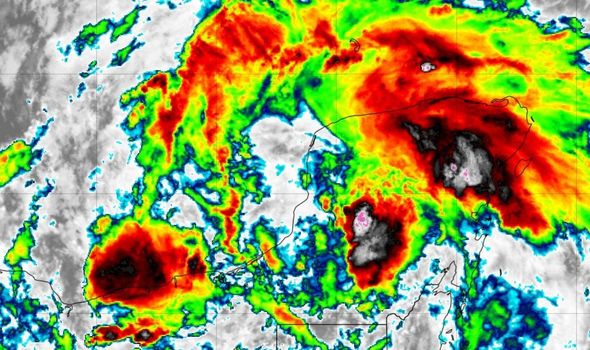 Some models suggest the system could track towards the US states of Louisiana and Texas.

However this year there have already been two named storms prior to the start of the season.

Arthur formed on May 16, while Bertha made landfall in the US after forming on May 27.

CNN Meteorologist Derek Van Dam said: “Under the constant shadow of the coronavirus pandemic, this year’s hurricane season will be extraordinarily challenging especially if a high-impact event comes ashore.

“With already stretched resources and limited supplies, now is the time for people to prepare for the active season that is forecast.”