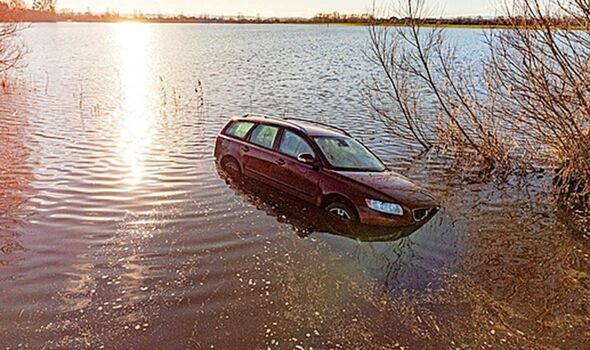 Flood warnings for hundreds of homes across the North and Southwest remained in place last night, with the Met Office issuing fresh wet weather alerts. People in Scotland, Northern Ireland and most of the North were also put on notice of ice.

The historic city had been put on high alert after the River Ouse began to burst its banks.

An official red warning for flooding was also issued for parts of Somerset, following days of heavy rain.

Some cars were submerged as roads and fields around the village Muchelney were swamped.

The Environment Agency said Curry Moor and Hay Moor in the county were also at high risk due to rising river levels.

It warned people: “Please take action to protect yourself and your property and monitor local weather and river conditions.”

There was better news in Scotland, where all flood warnings were lifted yesterday.

However, East Sussex, Bournemouth, Bristol and the Lake District remained at risk.

Forecasters said yesterday was likely to be this week’s driest day, as more rain starts to move in from the Atlantic. Met Office meteorologist Dan Stroud warned: “We’re expecting a lot of wet weather as we move into the working week.

The best day of the week is probably going to have been the Bank Holiday, with a lot of dry and generally fine weather across the country.”

He added: “Cloud and rain are moving in early Tuesday morning. And then our focus gets to a spell of wet weather on Tuesday into Wednesday.

“That could produce quite a bit of rain across some western locations.”