Temperatures across much of the UK are forecast to rise from next Sunday, July 26, according to new weather charts. The heatwave is set to rise well into August, as the mercury soars into the low 30s in just a week. The south of England can expect the best of the sizzling sunshine, but the West Country, Midlands and Wales can expect temperatures to rise to the low 20s.

Netweather forecasts expect temperatures to soar from Sunday, July 26, as the mercury rises to 26C.

The sunny weather is set to last for around a week, with temperatures staying in the mid 20s for much of England.

Friday, July 31 will be a little cooler, as the last day of the month sees temperatures dip to 23C.

But by next weekend the mercury is forecast to soar once again to as high as 30C, as new weather charts show the south of England turn blood red as the heatwave strikes. 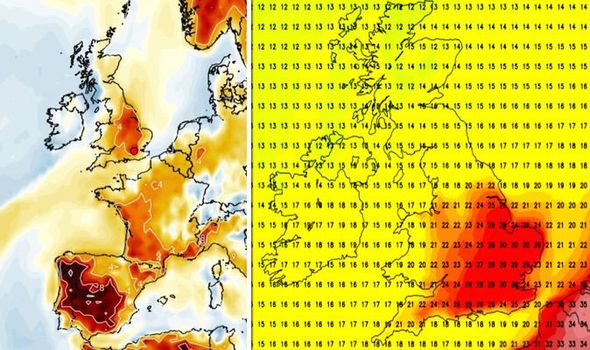 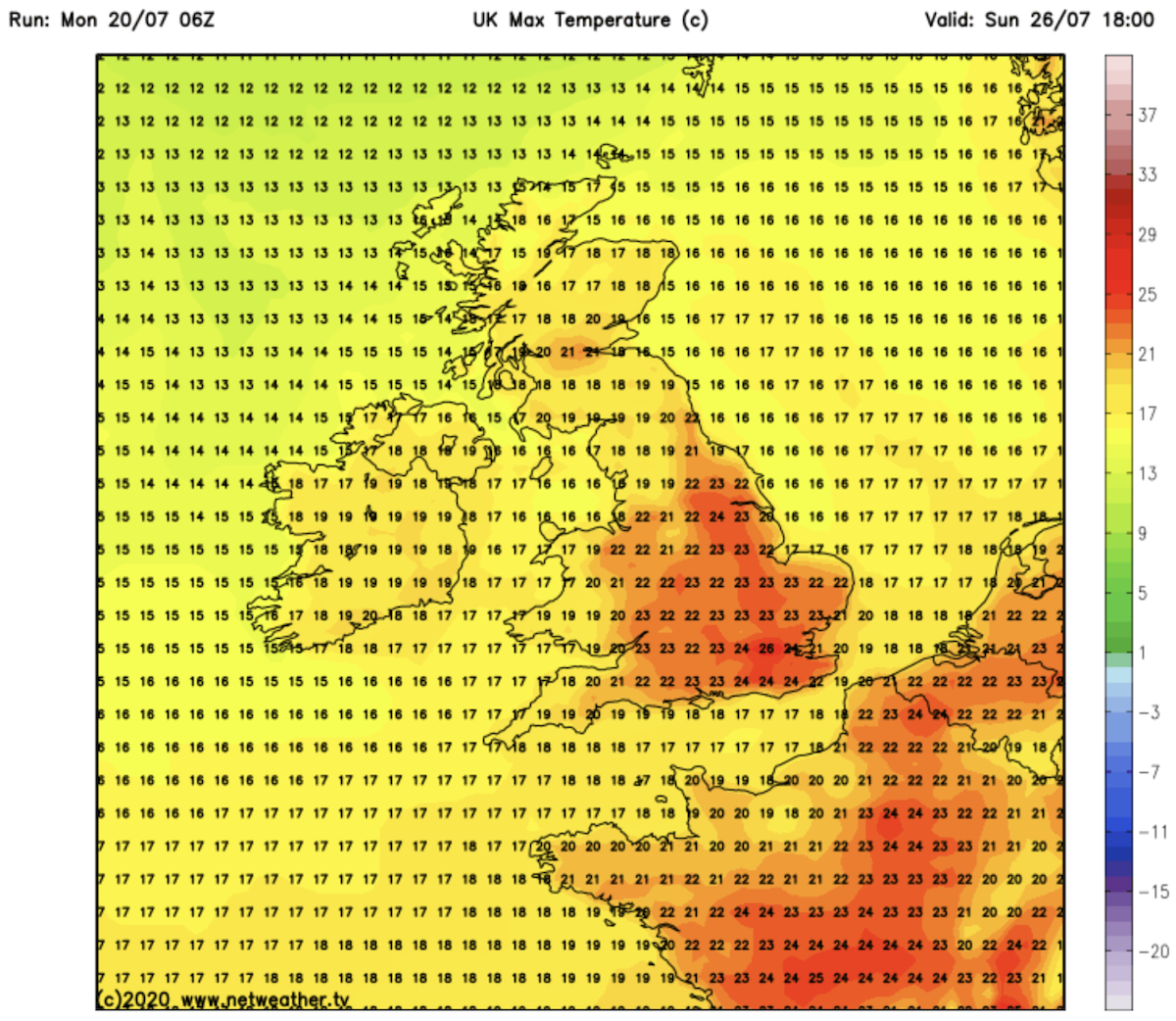 Saturday is expected to see temperatures rise into the high 20s in the south of England and parts of Wales.

But Sunday, August 2 will see the best of the glorious sunshine, as temperatures rise to as high as 30C.

The heatwave is also set to move further north, as the Midlands and parts of northern England also see the mercury soar.

WXCharts also show a marked change in temperatures from the first weekend in August, as an area of high pressure sweeps across the UK. 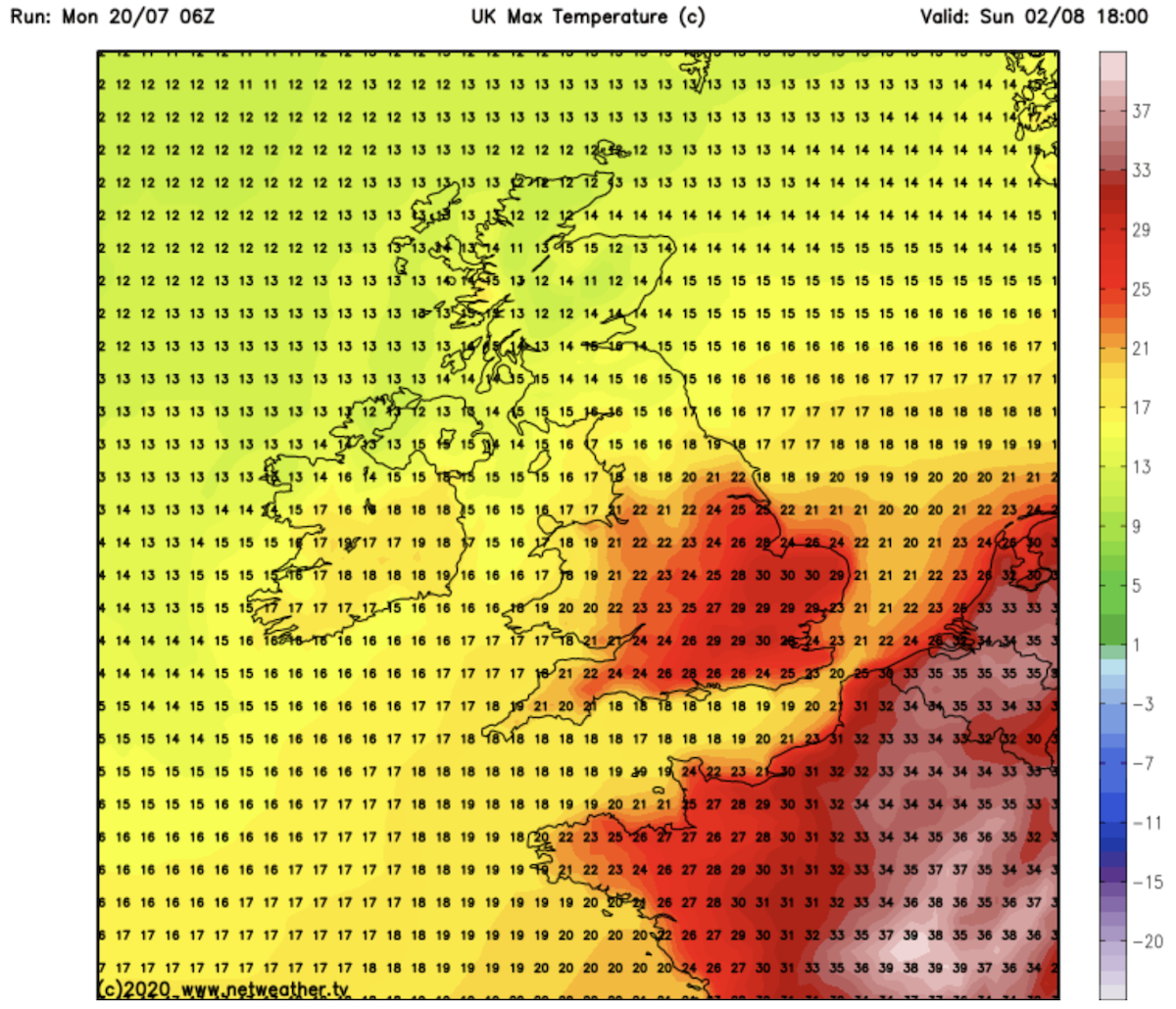 But while parts of England bask in scorching temperatures, the north of the UK, particularly Scotland and Northern Ireland, are set for intermittent showers, breezy conditions and cooler temperatures next week.

The Met Office said: “More settled weather is possible towards the end of July, especially across the south, though unseasonably wet and windy conditions are likely to return from the northwest.

“Temperatures around average, with any warm spells most likely in the south.”

Netweather forecasters agreed and said: “Rain belts will cross the country at times, heaviest in the west, but often not amounting to much in the south and east of England. 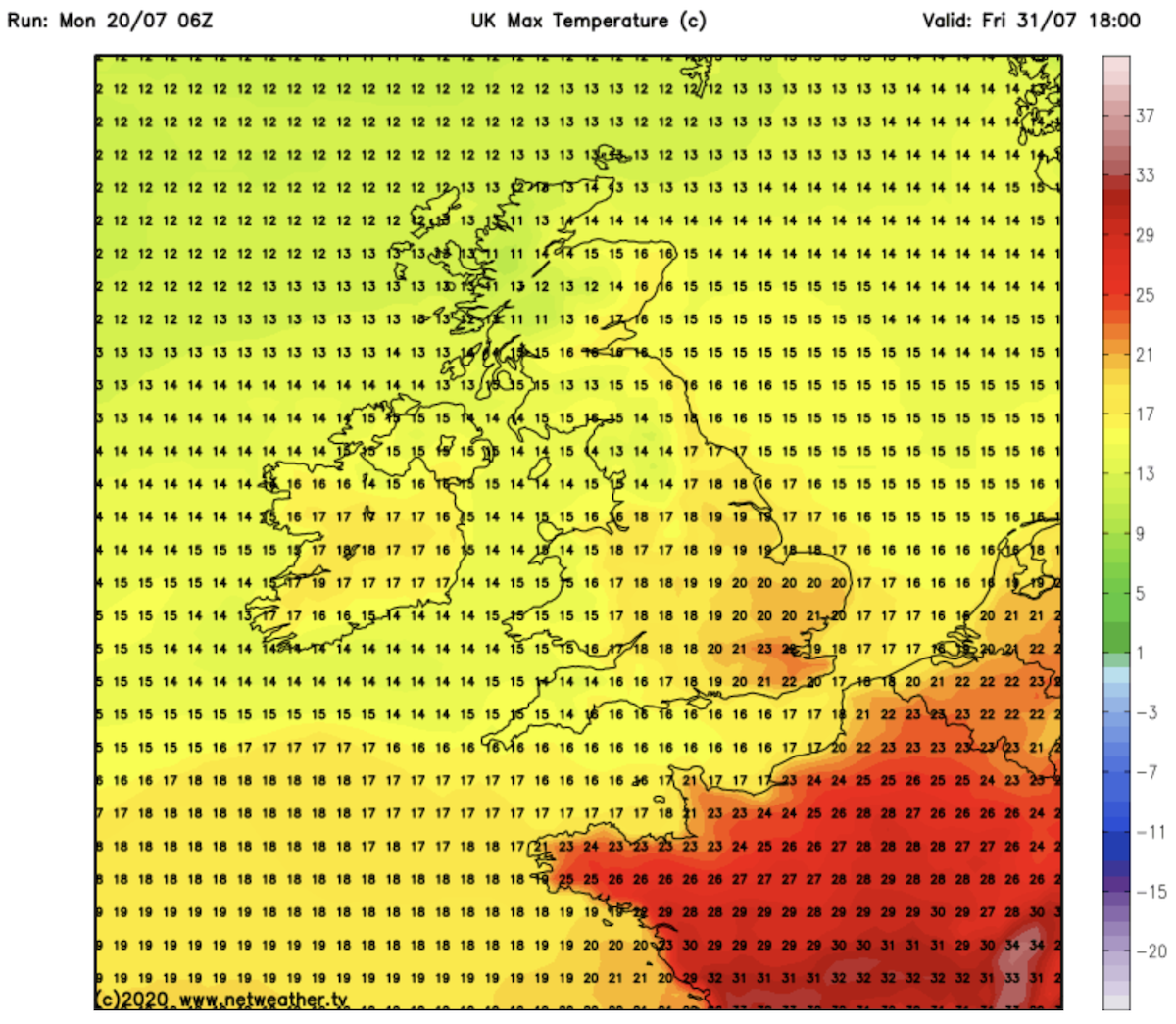 “In between the rain belts, there will be some brighter, showery weather, with the majority of the showers in the north and east of Britain, where they could be thundery in places, most likely the eastern side of England.”

As we enter the first week of August, the sunny spell in the south is expected to continue due to an area of high pressure moving in.

Netweather said: “A dry sunny spell is expected in the south early this week with high pressure ridging into the south for a time, but confidence is lower regarding whether the dry sunny weather will extend into Scotland and Northern Ireland, where it is more likely to remain cloudier with low pressure close to the north-west of Britain.

“Temperatures will generally not be far from normal but there is potential for it to turn quite hot for a time around midweek, particularly in the southeast.” 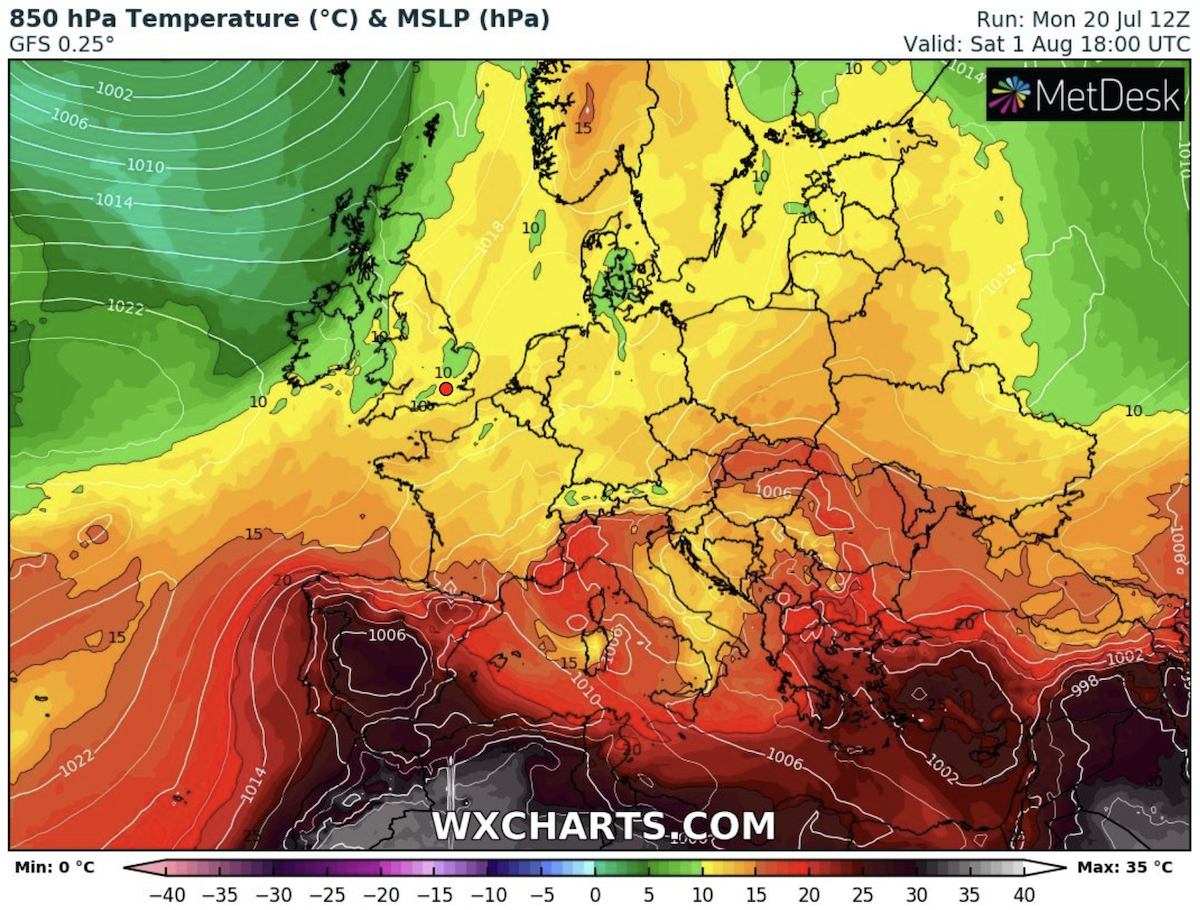 They added: “Mean temperatures will mostly be around the normal for the time of year, but probably about 1C above in the east of England.

“Rainfall and sunshine totals are most likely to be near normal for most, but again in the south and especially southeast it may remain drier than normal.”