Hail, heavy rain, fierce thunderstorms and gusts of 140mph hit the French island on Thursday morning, taking the lives of five people and injuring a dozen others, local authorities said.

The teenage girl died when a tree fell on the campsite where she was staying.

Meanwhile, a 72-year-old woman’s car was struck by a beach hut roof and a 46-year-old Frenchman died when a tree crushed his bungalow in the north of the Mediterranean island.

The Corsica tragedy happened as parts of the country — which has been hit by a series of heatwaves and severe drought — saw more rain in just a few hours than in recent months combined.

The horror followed claims on Wednesday by Meteo France the exact location of storms was hard to predict. 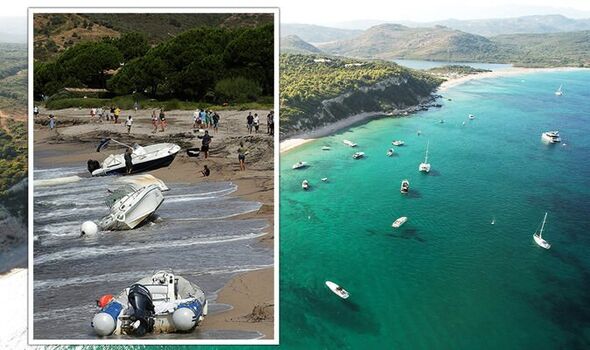 It had not given advance warning that there would be such a strong one on Corsica and issued an alert with “immediate effect” on Thursday morning as strong winds were already hitting the island.

The weather agency subsequently lifted the major storm warning, indicating the worst had passed for the island, where 45,000 households were left without electricity.

Yolhan Niveau, 24, a wildlife photographer from Brittany staying at a campsite on the island, told Reuters: “There was no warning.

“No one expected this.” 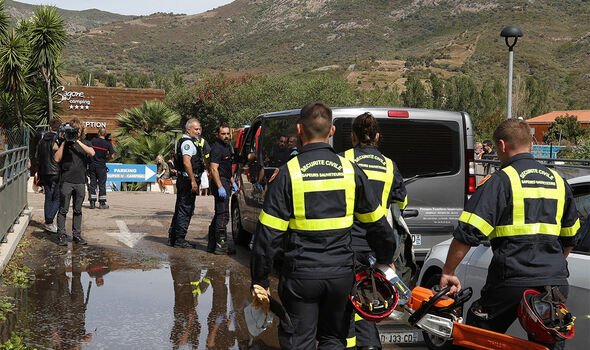 Mr Niveau said the storm had torn through the site, near San-Nicolao, in the northeast, uprooting trees and damaging mobile homes.

The president of the Executive Council of Corsica, Gilles Simeoni, described a brief yet “extremely violent and entirely unpredictable” weather event that lasted “dozens of minutes”.

Interior Minister Gérald Darmanin tweeted that he planned to go to the island later Thursday.

Rescue operations were taking place along the western coast of Corsica to help several grounded and wrecked ships, the French maritime authority for the Mediterranean Sea tweeted. 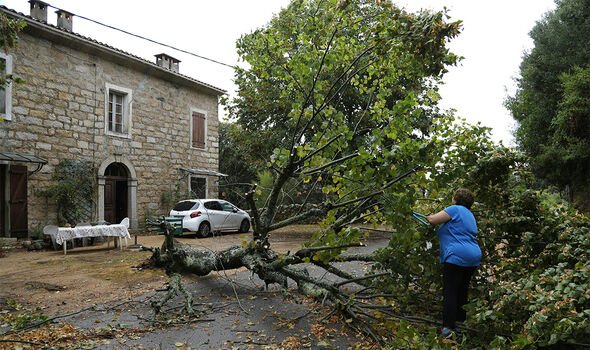 On France’s mainland, grid operator Enedis said about 1,000 households were still without power after a storm hit the southern Loire and Ain departments.

On Wednesday evening in Marseille, streets were flooded and streams of water ran down steps in the port city, videos shared on social media showed.

Further north, drought has left the river Loire, famous for castles along its banks, so shallow that even flat-bottomed tourist barges can barely navigate it.

France, like other parts of Europe, has struggled through a blistering heatwave, and the recent rainfall — although tragic in itself — has offered some respite to firefighters battling the country’s worst fire season in the last 10 years.

More than 600 square kilometres of forest have burned so far this year in France – more than in any other year during the past decade, according to the European Forest Fire Information System.

On Tuesday, some 650 firefighters were working to put out several hot spots that continued to burn along the perimeter of the Landiras fire in southwestern France, which has ravaged 74 square kilometres of pine trees.