A truck believed to have lost its brakes careened off the road and into a busy walkway, killing at least 19 people and injuring a further 26 on Saturday morning, with footage of the aftermath released today. The incident occurred while medical personnel were attending to an earlier crash between a semi-trailer truck and two vehicles. Hundreds of local Turkish residents can be seen desperately fleeing the scene in a panic as they try to work out what is going on. It came just hours after an almost identical crash 150 miles away killed 16 people and injured a further 22.

The footage shows the truck overturned and smashed to pieces alongside several cars into which the truck had collided.

The vehicles are surrounded by the debris caused by the crash and covered in dust kicked up as the truck skidded to a halt.

Hundreds of residents can be seen sheltering at a petrol station adjacent to where the incident happened.

Many of them appear panicked as they seem unsure whether the incident was premeditated or indeed an accident. 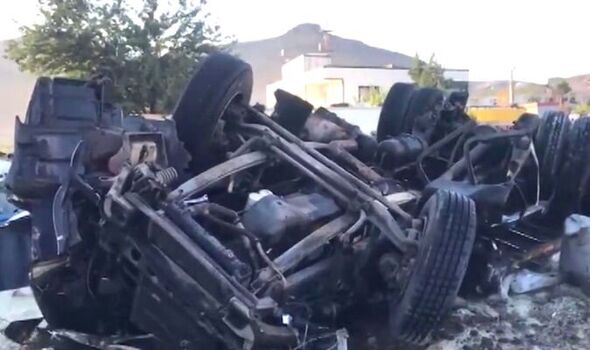 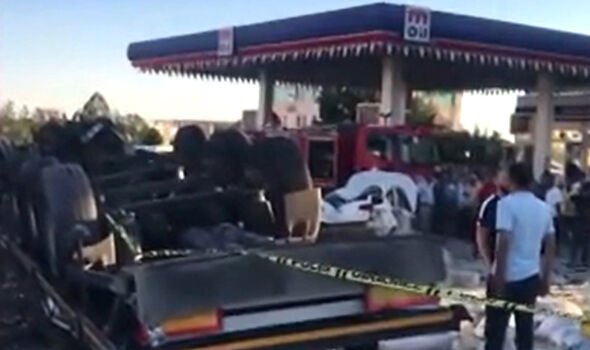 The truck hit a site in the Derik district of Mardin, where the first respondents were attending to another accident.

Turkey’s interior minister Suleyman Soylu attended the scene following the crashes, reporting that nearly 50 people had been caught up in the incident.

The death toll has not been confirmed but it is believed to be in the realm of 19 to 20 people, including eight children.

Also among the victims was a police officer, and Mr Soylu said two drivers had been detained as an investigation was launched. 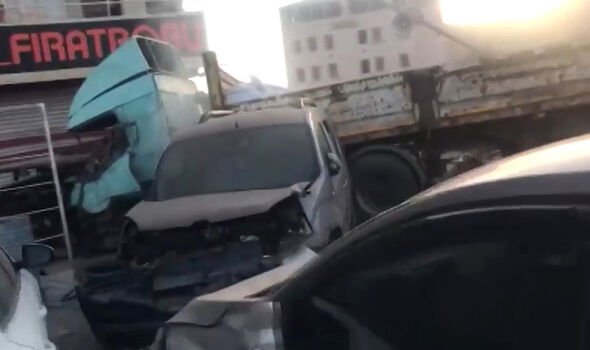 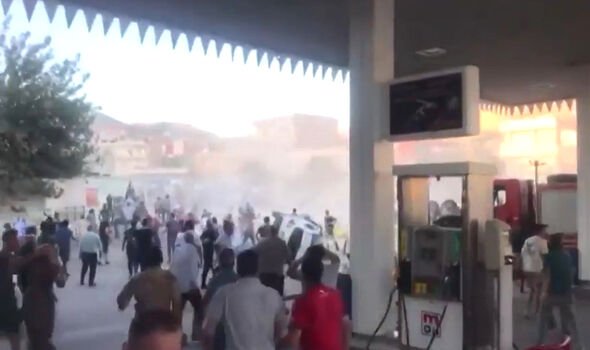 Emergency services were already at the scene when the truck ploughed into the crowd.

It has been reported that the truck’s brakes failed as they were nearing the scene.

The truck rolled over after hitting two cars in front of it, skidding across a walkway by the petrol station and killing multiple people before coming to a halt. 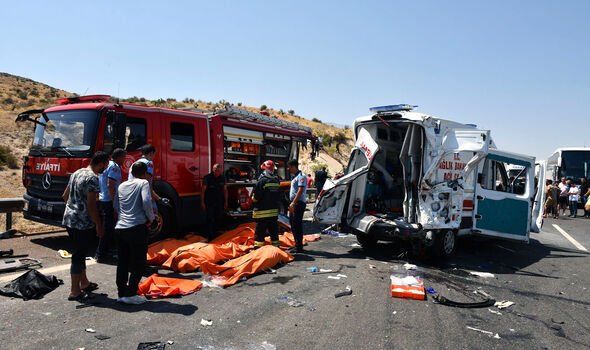 Another similar crash occurred just hours earlier near the southern town of Nizip in Gaziantep province, roughly 150 miles away from Mardin.

A bus hit rescue crews and reporters who had come to the scene of a crash involving a car that had come off the road earlier that day.

Three firefighters, two emergency workers and two journalists were among those killed, the governor of Gaziantep wrote on twitter.

The back of an ambulance was pictured ripped out and metal debris strewn around it in photos released by Turkey’s DHA news agency. Justice Minister Bekir Bozdag announced an investigation into the crash.