As India-Pakistan conflict escalates, residents of villages along Line of Control say they fear for their lives. 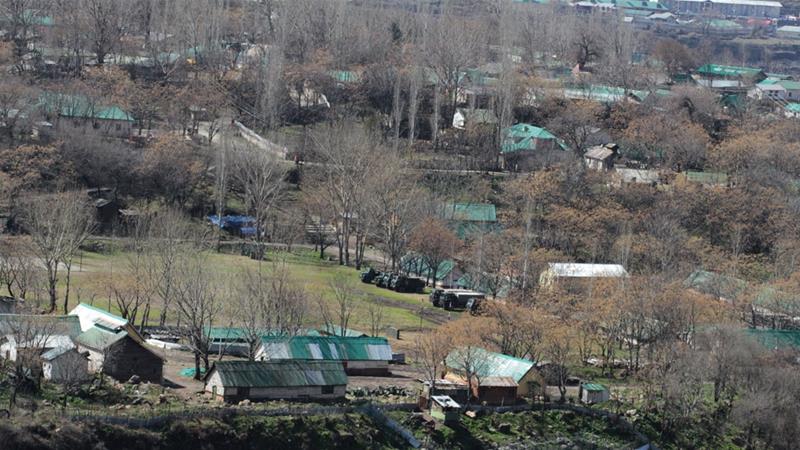 Silikot, Uri, India-administered Kashmir – Silikot is the last village along the Indian side of the Line of Control (LoC), the de facto border dividing Kashmir into two parts, each administered by India and Pakistan.

The village is in the northernmost part of Uri in the disputed India-administered Kashmir.

On Wednesday, when the cross-border hostilities between India and Pakistan spiked and shelling started in Uri, Muhammad Yaqoob was taken back to 2001 when he was hit by a shell from across the LoC.

Yaqoob, 60, recalled collapsing on the spot with his face bloodied. When he woke up, he realised that he was disabled for life and had lost his hearing ability. His neighbour was also hit and lost one of his legs. 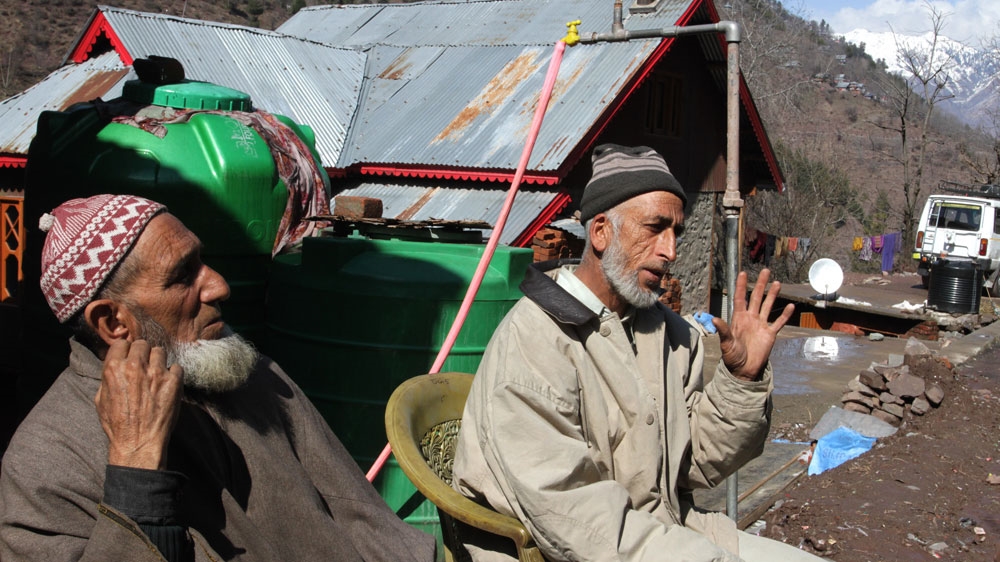 Eighteen years later, as tensions between the two nuclear-armed neighbours are at a boil, villagers like Yaqoob along the LoC are in distress once again, fearing the worst.

“We know what it means to live here. We are under the shadow of swords from both sides and in the middle, we get crushed. I cannot hear any more even if a shell falls. I can only see it,” Yaqoob told Al Jazeera.

He says his family has not slept for a few days due to the “life and death” fear of cross-border shelling. His village, Balkote, is adjacent to Silikot on the zero lines of the border between India and Pakistan.

“We had cooked dinner yesterday but did not eat. All of us were anxious. We feared the firing might increase. For us, this is a daily routine, the firing is common. But this time, what if it leads to a war?” asks the father of five children.

The concern of other villagers is not different from Yaqoob’s. “The sick people face difficulties. We have spent all our lives in a war,” says Abdul Qayoom.

Uri’s Silikote village is a cluster of more than 20 households, while the adjacent Balkote is home to nearly 700 families. The villages sit on river Nallah Haji Pir that divides the disputed territory.

On Wednesday morning, the effect of escalating border tensions was palpable in the air. Amid an atmosphere of fear, villagers gathered to deliberate on their next plan. While there were multiple opinions, everyone had the same question: should we leave our homes or stay?

Muhammad Sidiq, a labourer, said everyone in the village has their clothes packed, but nowhere to go.

“Everyone says the shelling will intensify. We have seen the same situation since the 1990s and even before. Where would we go every day?” he asked.

Sidiq says villages along the border have been the victims of the hostilities between India and Pakistan for three decades. In 2003, India and Pakistan signed a ceasefire agreement to bring an end to cross-border clashes, but the agreement has been hardly followed as casualties mounted over the years on both sides.

Mehmooda, a homemaker with two children aged four and 10, says military jets have been hovering in the sky since Tuesday, adding to their fear. The villagers say they have been told by the army to keep their lights off during the nights.

“We are on the border, even a small fire can hit us. The walls in our houses, windows, doors all have a scar of this tension. It has left nothing untouched,” she said.

Villagers along the LoC say they do not have emergency bunkers for shelter during the firing. Qayoom says his daughters have been urging him to take them to a safe place.

“They are already dressed up and ready to leave,” he says, pointing to his daughters.

During the 1999 Kargil conflict, the villagers say their homes were badly affected by cross-border shelling, causing loss of lives and property in the villages of Uri.

“Many were left handicapped. No one remembers us. We have been left to the mercy of God,” says another villager.

Farooq Ahmad, who runs a small grocery shop in Balkote, says they were promised bunkers by the authorities, but were never provided “putting their lives in danger”.

“Our houses have developed cracks due to the shelling. We were promised that bunkers will be built for our safety. Even if families would have to share the bunkers, we would do, but we have been left to die,” he says.

In February last year, Uri witnessed massive cross-border firing. Farooq says the shells landed in the lawns of his house, setting his two-wheeler on fire. Villagers were evacuated to a school building for four days.

Consumed by fear, Meera Begum, 70, shivers as she talks. She says her children serve in the Indian army, but that’s not assurance enough to keep her family safe.

“Do we not belong to this nation? Why does nobody listen to us? We keep on moving with our children while bullets and shells land in our homes,” she says.

“We keep crying on our fate. Even my heart is racing. God should just take us away once for all.” 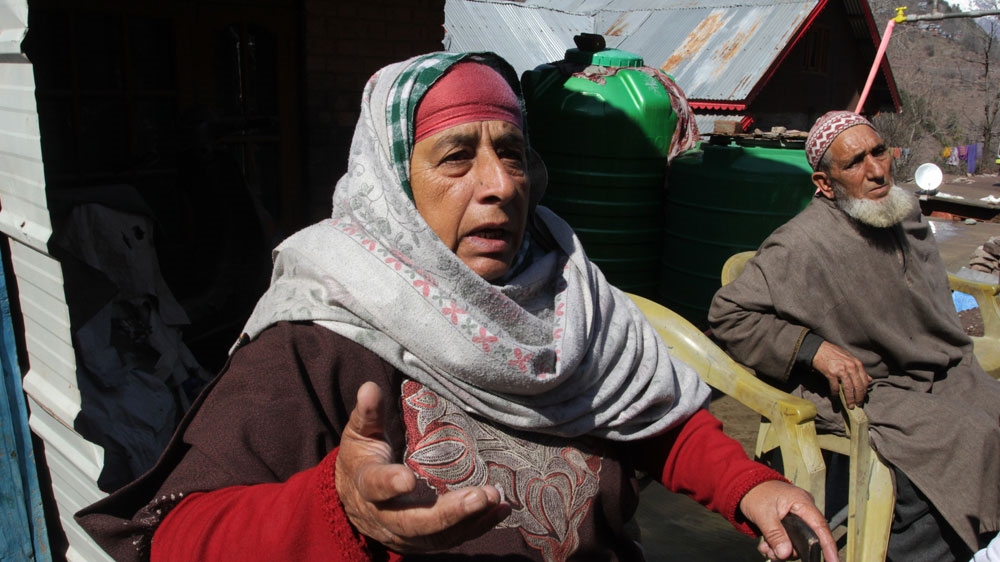 Meera’s children insist she should shift to their relatives’ place in Baramulla, 30km away. “It is painful to leave home again and again,” she says.

In Silikot and Balkote, many villagers have locked their homes and moved to safer places. But there are a few like Afroza, 35, who prefer to shift to a school building in Uri town.

“We are sleepless. This is not life. We want to stay in our homes. I have two children. I doubt whether they would ever see peace,” she says.

“They want to go to school, study but life here is difficult. Our house is damaged. Both the countries fire at each other and we die in the middle,” she says.

Uri has been the centre of tension between India and Pakistan after 17 Indian soldiers were killed in 2016 in a suicide attack suspected to be carried out by Pakistan-based Jaish-e-Muhammad (JeM).

The latest escalation between the two countries follows a similar suicide bombing by the JeM in Pulwama district of India-administered Kashmir on February 14 in which 42 troopers were killed.

Uri also houses Indian army’s brigade headquarters, the largest such base in the disputed region, in addition of being the biggest town near the LoC.

The two biggest “confidence-building measures” between India and Pakistan, a bus service between the two parts of Kashmir and cross-border trade, also started from Uri.

But those measures have not assured peace in the region. “For the past 30 years, nothing has changed. We feel homeless in our own homes,” says 100-year-old Zooni Begum.