The UK has been sweltering in hot and dry weather with an amber warning for extreme heat coming into force in parts of England and Wales later this week amid water shortages, hosepipe bans and grass fires. Meteorologist Jim Dale said the hottest temperatures are forecast on Friday and Saturday when the mercury could hit 36C, before a “breakdown” next Monday and Tuesday.

Mr Dale, founder and senior meteorological consultant of the British Weather Services, said the heatwave is likely to end with a “with a bang rather than a whimper” with possible thunderstorms.

He told Express.co.uk: “You’ve got five or six days of this now, the heatwave builds and then crescendos on probably Friday or Saturday as in the maximum temperatures, the heat, the sunshine.

“Then you come to Monday and Tuesday. Now it does look as though we’re going to see a breakdown and the breakdown could well be thundery.

“Certainly the models are suggesting it’s more for the north than the south but arguably they may not be describing it quite in the right way at this moment in time. 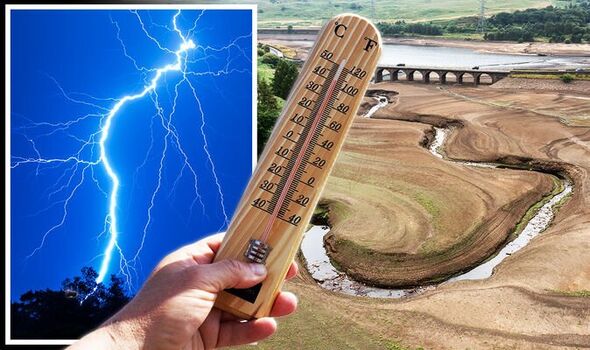 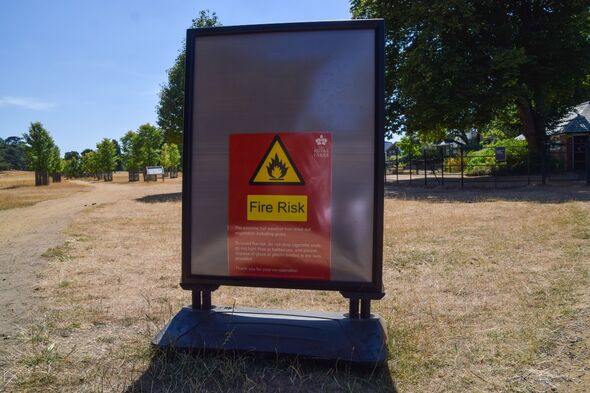 “So in other words the detail is a little bit elusive but I would say ending with a bang rather than a whimper is potentially on.

“Temperatures will then fall to what you might call more pleasant levels.

“So there is the potential for some localised flooding, that type of thing.

“But at this stage, give or take a week away, we’ve got to be a little bit careful in terms of not saying exactly who’s getting what, where and when because the models will change. 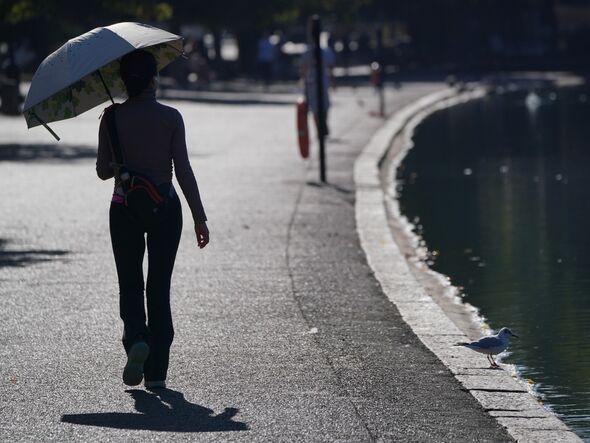 “So I would say that everything’s in from the west, it’s the west that will go first early on Monday.

“Then it transfers into the east on Monday into Tuesday and then out into the North Sea by Wednesday morning. 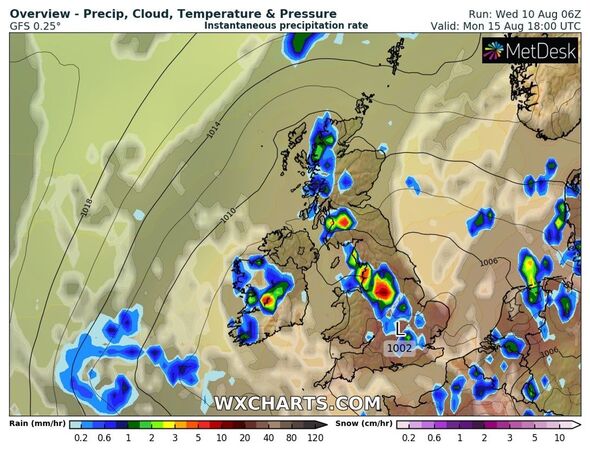 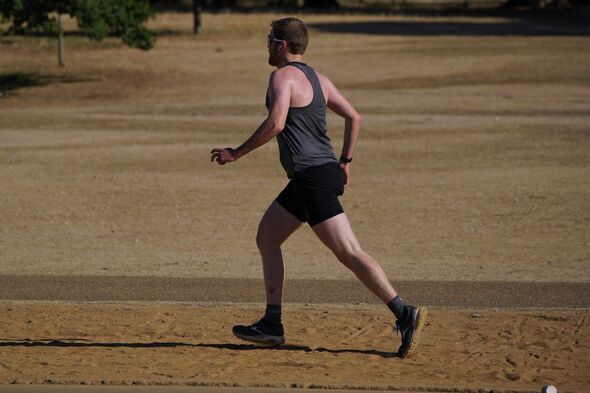 He said: “We’ve got to be a bit careful what follows that because yesterday, the day before, it looked like we were going to go back, not into the 30s but at least dry, settled and very warm weather in the south again.

“This morning it’s looked a lot more like the pleasant conditions, pleasant temperatures, average or slightly above average temperatures, will come after the breakdown but there appears to be more rain following it in.

“And I wouldn’t be surprised by that either. So after the deluge, after the breakdown, we might well see a lot more rain, meaningful stuff this time, including the south. 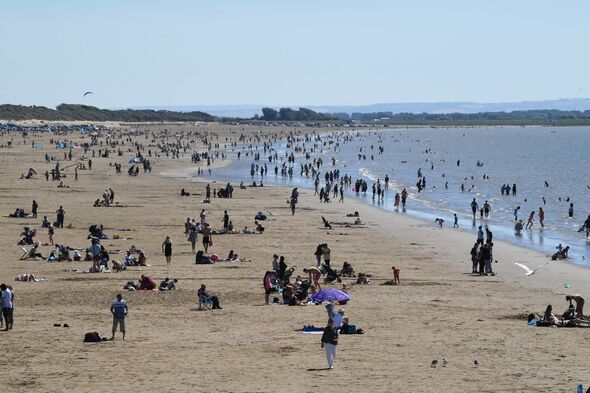 “Once you see the continuity we can be fairly certain that the drought areas will start to come out of it.

“But I’m of the view that very often when you get these drought situations as we’ve had it does end with a deluge and a bang rather than a whimper.

“So there might well be warnings being issued later this week and certainly at the weekend if things hold in terms of the storm potential.”

Mr Dale said much of the UK faces temperatures between 32C and 36C this week before the weather cools down.

He said: “I think the general range for England and Wales and probably south east Scotland will be 32C to around 36C. Somewhere will probably see 36C.

“Where that place might be it could well be stretching out of London down the M4 towards Bristol and everything south and a little bit north of that.

Temperatures are not set to be as extreme as July which smashed records when the thermometer passed 40C in some areas of the country for the first time.