The US President simply tweeted the word “democracy” late last night, causing one user to share the post and ask if he had been hacked.

It comes after several companies sent out one-word tweets on Thursday night.

The trend looks to have started by US media company CNN just after 4.30pm. 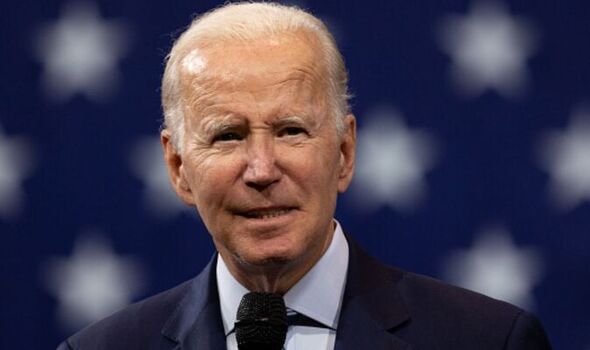 The social media game also hooked NASA in on the fun, with the company’s account tweeting: “universe”.

The French Embassy US also got in on the trend, writing: “revolution”.

While some people believed the original tweet was made as a mistake, others believe it was a deliberate social media strategy.

Of course, this isn’t the most famous tweet by a serving US president.

A prolific tweeter, Mr Biden’s predecessor Donald Trump, who is now banned from Twitter, once caused a stir after the seven letter post ‘Covfefe’ appeared on his feed.

On May 30, 2017, Mr Trump tweeted: “Despite the constant negative press covfefe.”

It led to newspaper reports questioning what the phrase meant – and even has its own Wikipedia page.

The tweet gained intense attention as it went viral.