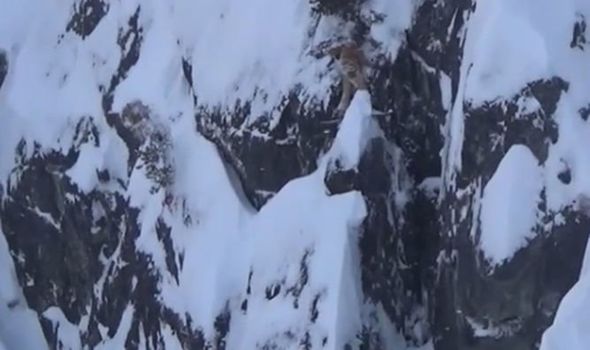 The man was trapped on a mountain at the Whistler Blackcomb ski resort in Canada. Ski instructor Olivier Roy posted the terrifying video to Instagram. According to him, the video was recorded “a couple of weeks ago”.

It shows the anonymous snowboarder trapped on the steep cliff.

The video zooms out to reveal the sheer drop the snowboarder faces.

He wedges his feet in the cliff face with arms outstretched while trying to signal for help.

The exhausting wait in the freezing cold would’ve terrified anyone. 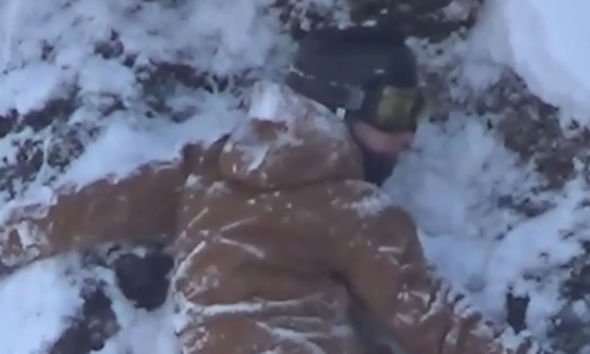 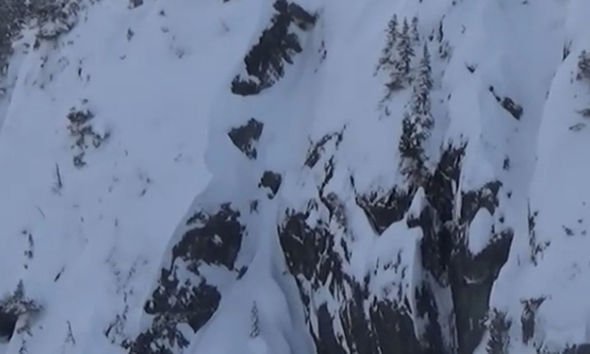 Onlookers are heard saying “hang in there buddy” to the struggling boarder.

Olivier Roy spoke about the clip on Instagram: “I was coming out of the Spanky’s Ladder zone on Blackcomb with the group I’m coaching, when we saw a bit of commotion and, eventually, this poor guy perched halfway up a nasty cliff with no way up or down.

“I had with me the camp video camera, so I was able to get a few good close-ups of him hanging on for his life.

JUST IN: Meghan Markle shock: How Sussex brand has become even more valuable despite royal ban 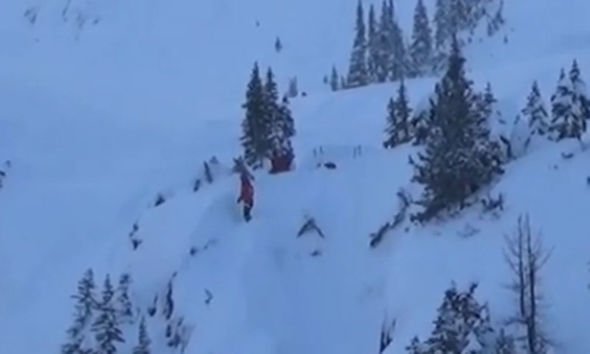 “As comical as it was that anyone would keep going and get themselves into such a bad spot, we were also very worried for him.”

It’s not clear to anyone on the video how the man got stuck.

The rock wasn’t directly near any trails, and would be a harsh slide across trees.

And with how icy the conditions were, it’s possible his grip would’ve loosened at any moment. 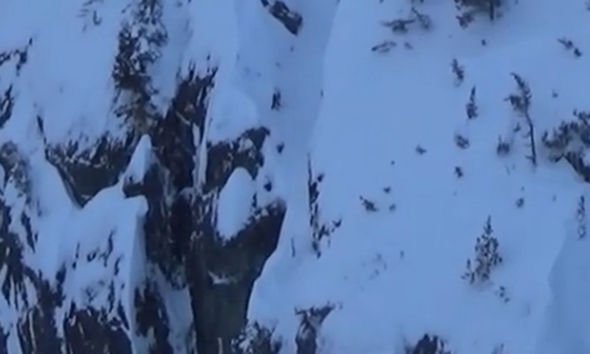 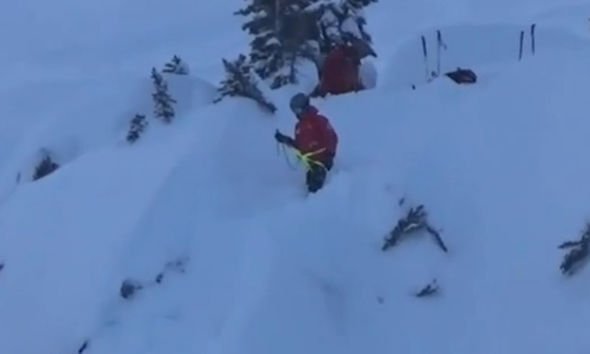 They immediately set to work identifying how to best hoist the endangered boarder to safety.

The man was uninjured in the incident.

Later that same day, the snowboarder decided to let off some steam after his near-death encounter.

“I heard that after 1-2 hours they managed to get him out of there.

“He was seen later having a beer with his buddy at the GLC. He’s alright!”