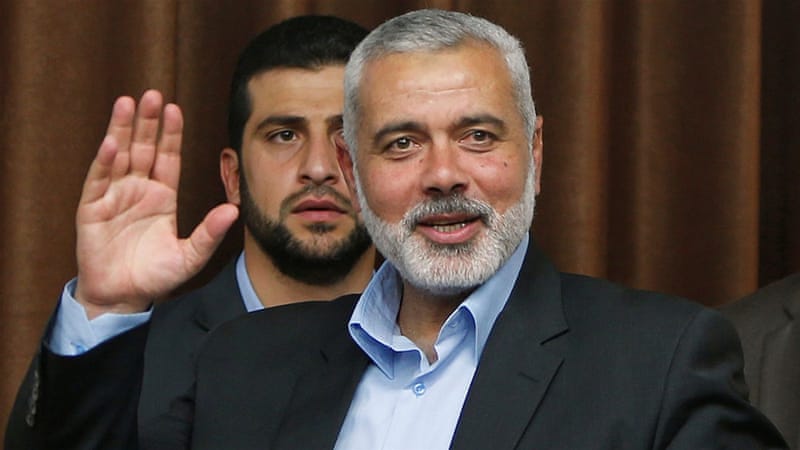 The political chief of Hamas, Ismail Haniya, has left Gaza on a trip to Cairo on Sunday as part of a high-ranking delegation to hold talks with Egyptian officials about developments in Palestine, a Hamas statement said.

Officials from the political office of Islamic Jihad, another Palestinian group, are included in the delegation, local media reported.

The delegation had accepted an invitation extended by Egypt, which has been attempting to broker a lasting truce between the Palestinian factions and Israel, according to the reports.

Hamas spokesman Khalil al-Hayya said discussions would address a variety of “important issues” with the Egyptians.

Hamas governs the Gaza Strip, a densely populated coastal enclave that shares borders with Egypt and Israel, with which it has fought three wars since 2008. The Gaza Strip has been under siege by Israel and Egypt since 2007.

Media reports say talks will also include details of a lasting ceasefire with Israel in return for the opening of the Rafah border crossing with Egypt, which is the main exit point for the majority of Gaza’s two million population.

The Rafah crossing opened briefly last week for three days after the Palestinian Authority (PA) withdrew its staff from the crossing and accused Hamas of “arresting and abusing” their staff last month.

Egypt has since kept the crossing completely shut to outbound Palestinians.

The Ramallah-based PA had taken over the Rafah crossing in November 2017 as part of a reconciliation deal brokered by Egypt. At the time, Hamas said the decision was part of a PA policy to tighten the blockade on Gaza.

That deal has since collapsed and relations between the parties have worsened.

The visit comes days after a meeting between Hamas members and Egyptian intelligence officials met in the Gaza Strip. The meeting, reportedly attended by the United Nations’ Middle East envoy Nikolay Mladenov, addressed ongoing efforts to achieve reconciliation between Hamas and Fatah, as well as a proposed Hamas-Israel truce.

Gaza has been under a land, sea and air blockade imposed by Israel since 2007 when Hamas took over power in the coastal enclave after the Palestinian faction won the parliamentary election.