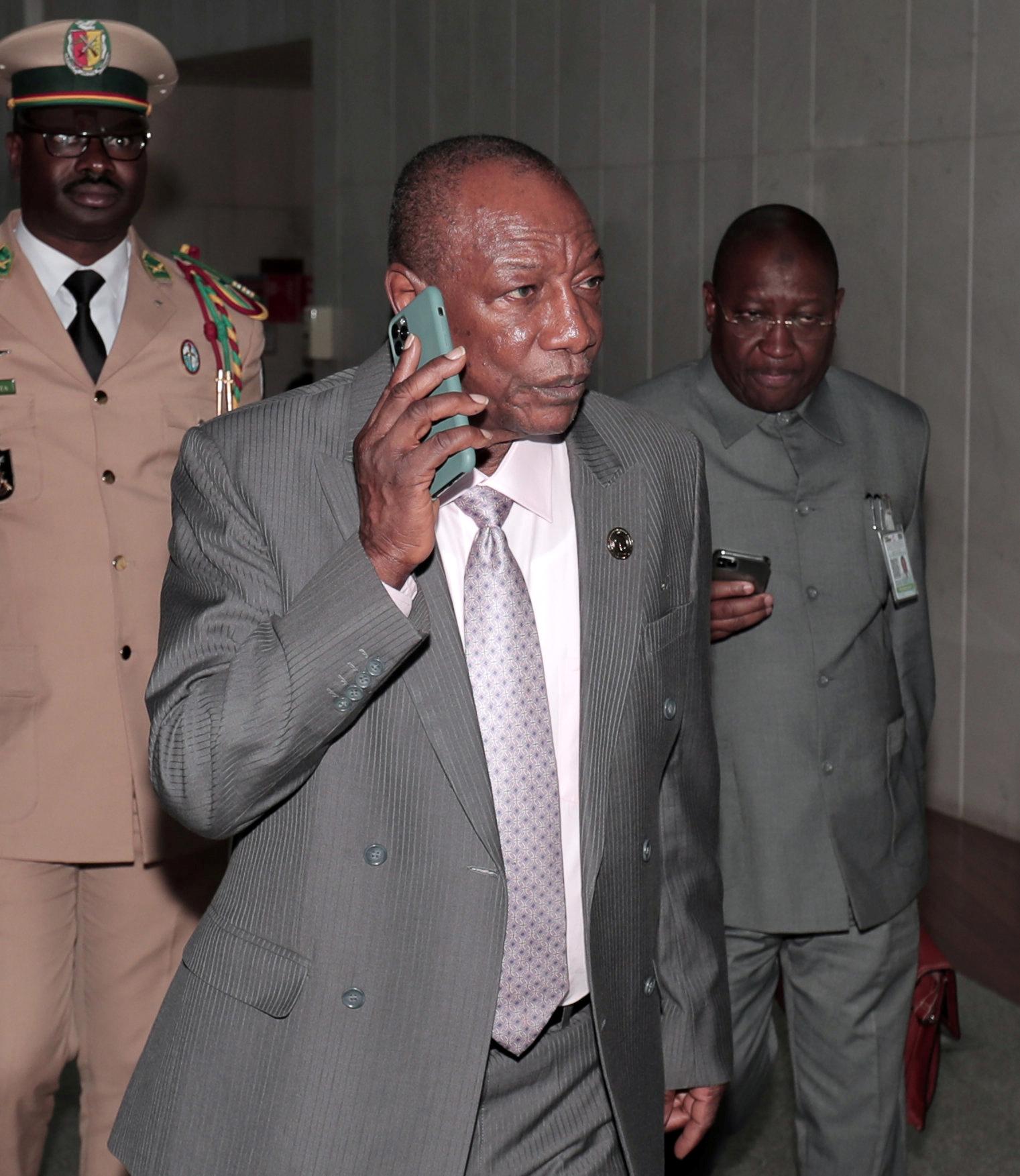 CONAKRY (Reuters) – Guinea President Alpha Conde has accepted his party’s nomination to run in October’s election, the party said on Monday, taking advantage of a new constitution to seek a third term that his opponents say is unconstitutional.

Conde, who was first elected in 2010, pushed through a change to the constitution that was approved by a referendum in March that was boycotted by the opposition. Talk of a potential third term sparked widespread protests that have killed at least 30 people over the past year.

Conde’s supporters say the constitutional change acts as a reset button on the two-term limit.

The ruling Rally of the Guinean People (RPG) nominated Conde earlier this month to represent it in the Oct. 18 poll. At the time, Conde said he took note of the nomination, but he stopped short of formally accepting it.

“We have the immense privilege and joy of informing the Guinean population that (Conde) has granted our request: President Alpha Conde will be our candidate,” the RPG and allied parties said in statement read on national television.

Conde is a longtime opposition leader whose election raised hopes for democratic progress. But his efforts to stay in power have raised concerns Guinea will go the way of other African countries whose rulers have refused to step down long after their mandates expired.

Guinea is Africa’s largest producer of the main aluminium ore, bauxite. It also has significant reserves of iron ore, including the massive Simandou reserve, the largest known deposit of its kind with more than 2 billion tonnes of high-grade ore.