VOLKMARSEN, Germany (Reuters) – Germany increased security at some carnival processions on Tuesday after a local man ploughed his car into a parade in the western German town of Volkmarsen, injuring 61 people, including 20 children.

The incident on Monday shook Germans still struggling to take in last week’s racist gun attack on two bars in the town of Hanau which left 11 people dead.

The Kassel district court ordered the suspect, a 29-year-old German man, remanded in custody on suspicion of attempted murder, grievous bodily harm and dangerous interference with road traffic, a spokesman for the prosecutor said in a statement.

“The accused is suspected of having deliberately steered his car into a large group of people with the intention of killing on 24 February, 2020 at around 2.45 pm (1345 GMT) during the Rose Monday procession in Volkmarsen,” the spokesman added.

Rose Monday is the height of the carnival season in Catholic areas of Germany, especially in the Rhineland where tens of thousands of people dress up, drink alcohol and line the streets to watch decorated floats that often mock public figures.

The 61 people injured – some of them seriously – were aged between two and 85. Investigations into the driver’s motive were continuing and all possibilities were being investigated, the prosecutor’s spokesman added.

While the driver was detained and treated for his own injuries, townspeople puzzled over why he had done it.

“You have to be crazy or blinded by rage to do something like this,” said 58-year-old Volkmarsen native Rainer Bellmann.

An emergency responder said bystanders had punched the man while he tried to choke her as she leaned into the car to remove the key after his vehicle crashed.

“He didn’t say a word. He looked at you empty and dead and seemed so satisfied,” Lea-Sophie Schloemer told Welt television. “It was really unnerving how satisfied he seemed.”

Initial tests for alcohol were negative but that was not a final assessment and there were as yet no results from the drug test, the prosecutors’ spokesman said. 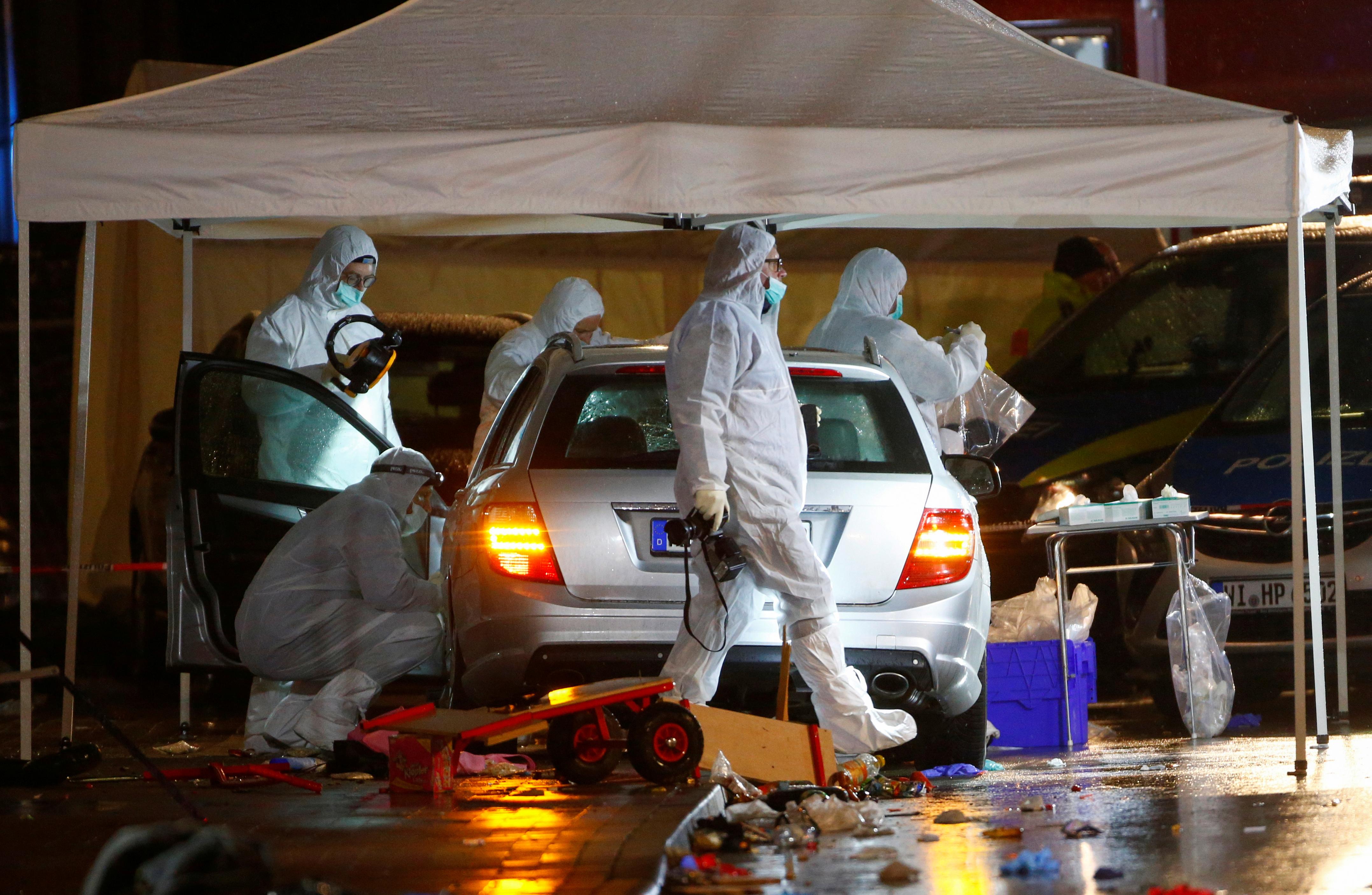 While some carnival processions in the state of Hesse, home to Volkmarsen, were canceled, other celebrations in the region went ahead, under increased security.

Prosecutors said there was no concrete reason to think the risk of attacks at parades had increased, but urged organizers to review security arrangements.

Security at public events in Germany has been tightened since a Tunisian man with Islamist militant ties ploughed a truck into a Christmas market in Berlin in 2016, killing 12 people. He was later shot dead by Italian police after fleeing.

A police spokesman said he could not rule out that some of the injured in Volkmarsen were in a life-threatening condition.

The suspect will appear before an investigating magistrate as soon as his condition allows, state prosecutors said.

“There are so far no indications of politically-motivated criminality,” Bild newspaper cited an investigator as saying.

“But we think that the perpetrator acted with intent, and that psychological problems may have played a role,” the investigator added. 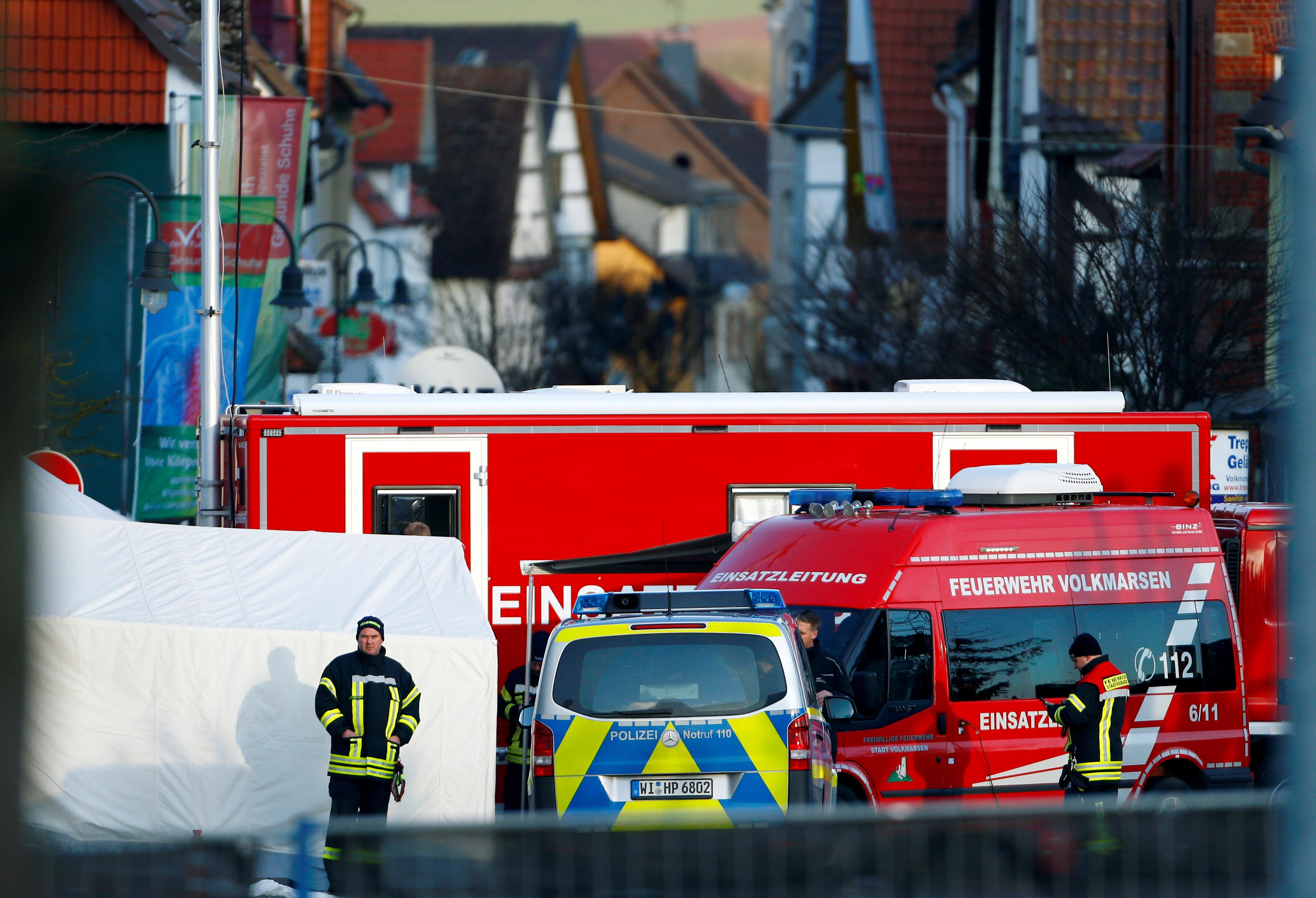 Prosecutors confirmed that a second man had been detained at the scene on Monday and was accused of filming the incident. The spokesman said prosecutors were investigating whether the man had links to the driver.

The street where the incident happened in the center of the small town was still cordoned off by police on Tuesday and several stores in the area were closed.

Locals told Reuters that police had searched two homes in the town, including one apartment near to the scene that a police officer said was the home of relatives of the man.