BERLIN (Reuters) – Germany’s government faced calls to toughen gun ownership laws and step up efforts to track far-right sympathizers, after the suspect in one of its worst mass shootings since World War Two was found to have published a racist manifesto.

The 43-year-old presumed killer of nine people in two shisha bars in the southwestern town of Hanau had posted the document, espousing conspiracy theories and deeply racist views, online.

The suspect, who is believed to have killed himself and his mother, belonged to a gun club, raising questions as to how a man with such ideological convictions managed to gain membership, and obtain the weapons used in the attack.

“We need new and stricter laws to regularly and thoroughly check owners of hunting and firearm licenses,” Bild – Germany’s biggest-selling newspaper – wrote on its front page. “We immediately need more (intelligence) positions to monitor right-wing radicals and intervene before it’s too late.”

Germany’s prosecutor general said on Friday that the suspect had a license for two weapons, and it remained unclear whether he had contacts with other far-right sympathizers at home or abroad.

In October, Chancellor Angela Merkel’s government outlawed the sale of guns to members of extremist groups monitored by security agencies, and obliged online platforms to inform police about hate content.

Those measures followed the killing of a pro-immigration German politician in June and an attack four months later on a synagogue and a kebab shop in Halle by an anti-Semitic gunman who livestreamed his actions.

At least five of the Hanau victims were Turkish nationals, Ankara’s ambassador to Berlin said on Thursday as his government demanded a robust response, calls echoed by representatives of Germany’s large Kurdish community [nL8N2AK727].

Driven in part by a rise in immigration, popular support for far-right groups is growing in Germany in conjunction with a shift away from the political mainstream. [nL8N2AA1OX]

Merkel said on Thursday that there were multiple clues that the suspected Hanau gunman had been motivated by the “poison” of racism, and that authorities would do everything possible to clarify the background to the attack. [nS8N2AI03B]

But the threat from right-wing extremism, anti-Semitism and racism remained “very high,” and existing laws needed to be enforced more robustly, he said.

Germany already has one of the lowest rates of death by firearms of any country, and one member of Merkel’s CDU questioned what more could be gained by additional legislation.

“We could think about taking one or two more steps toward toughening gun ownership laws,” lawmaker Mathias Middelberg told the Deutschlandfunk public radio. “But I believe this will not solve the problem.”

He added: “It will remain difficult to identify people who radicalize themselves in isolation and become lone perpetrators.” 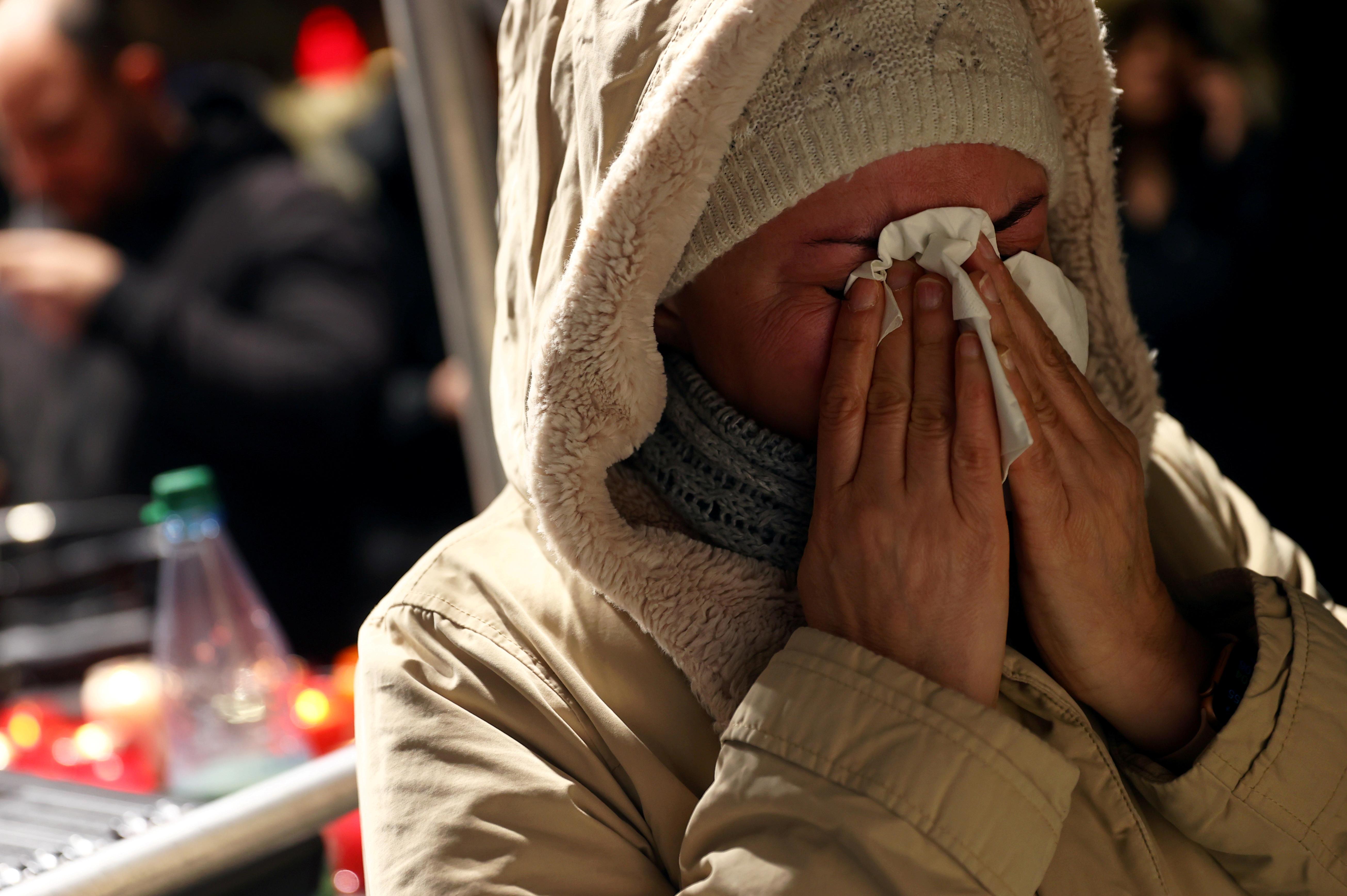 For others, the killings are rooted in deeper social issues that need to be tackled at source.

“Actions by the state are not enough. Each of us has a responsibility,” the chief editor of daily Sueddeutsche Zeitung wrote in a commentary.

“That begins with bad jokes and doesn’t just end with an unquestioning acceptance of everyday racism. We need to clearly call out such things for what they are.”