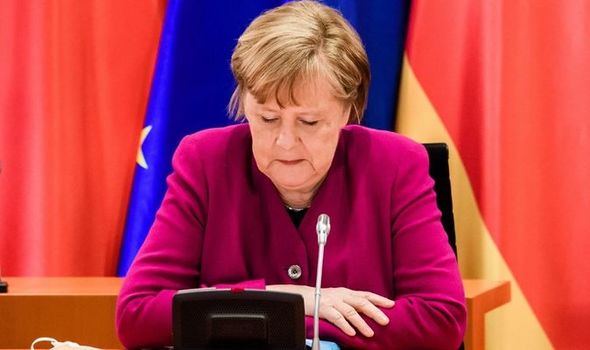 Germany saw its economy shrink by 1.7 percent during the months of January through to March due to the renewed lockdown, according to figures from the Federal Statistical Office. This comes after the country was forced to imposed further restrictions as cases of the virus continued to rise.

Due to temporary low tax rates due the second half of 2020, the economy rose slightly.

But these purchases are now missing in the consumption statistics for the first three months of the current year, according to reports.

Overall, it is expected that Europe’s largest economy will eventually find its way back to growth from the second quarter of the year.

This is due to more and more people expected to be vaccinated against the pandemic.

In its recently raised forecast, the federal government predicted a 3.5 percent growth for the full year of 2021.

The state is trying to cushion the economic crisis with billions in aid.

France, on the other hand, is demanding €40 billion from Brussels.

Germany – as well as many EU nations – has been widely criticised for its slow vaccine rollout.

This week, the government pledged to vaccinate at least half of the adult population before summer.