The Frankfurter Rundschau reported a silver Mercedes station wagon drove into the crowd at 3.30pm local time this afternoon. It happened during a procession in Volkmarsen, in the Waldeck-Frankenberg district in northern Hesse. The driver of the car was arrested, the police in Kassel said, while refusing to confirm whether of not they were treating it as an accident. 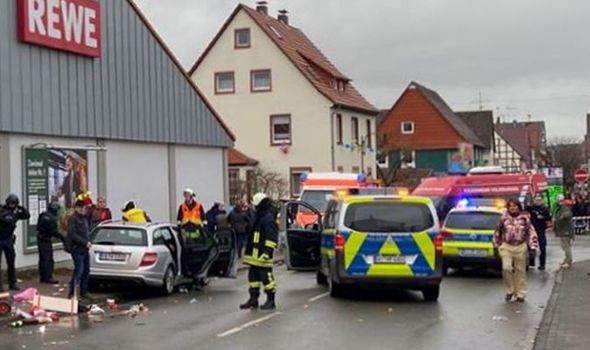 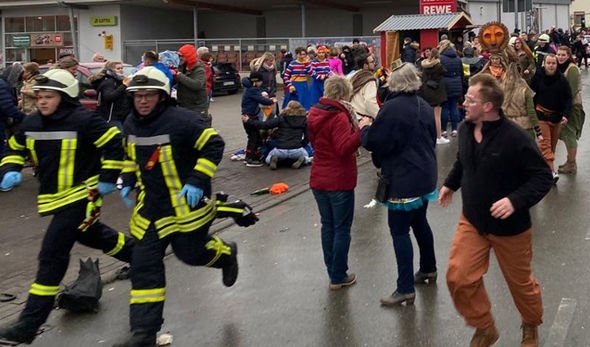 However, German media claim the driver deliberately broke through plastic barriers set up by police around the parade area.

Police cars and ambulances rushed to the scene in Volkmarsen, 263 miles, 423 km west of Berlin.

Carnival is hugely popular in parts of western Germany, especially in Rhineland cities such as Cologne and Duesseldorf, where festivities peak on “Rose Monday” with tens of thousands attending street parades featuring comical or satirical floats in a traditional festival prior to the start of Lent. 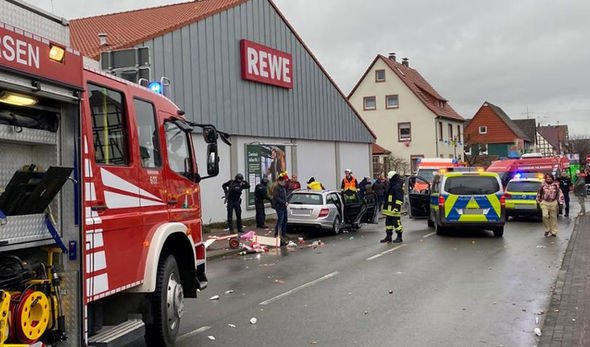 The Mayor of Volkmarsen, Hartmut Linnekugel, and District Administrator Dr Reinhard Kubat, are also at the scene.

The shocking incident comes at a time of heightened tension Germany after a man killed nine people in a shooting in the Frankfurt suburb of Hanau last week.

He then shot his mother at his home, before turning the gun on himself.

Dirk Richter, police spokesman in the nearby city of Kassel told Welt TV: “Everything we have available from the Kassel area is there.”

Amateur pictures published online showed police officers standing next to a silver Mercedes-Benz car which appeared to have been involved in the incident.