Georgia is now the staging ground for the final deciding race for the US Congress and will put a lid on last year’s elections. Currently, Republicans hold the institution’s upper chamber – the Senate – with 51 senators to Democrats’ 46 and two Democrat-leaning independents. Flipping the two available seats would give the Democrats 50, plus the Vice President, giving them an overall majority in the chamber for the first time since Barack Obama’s presidency.

When are the Georgia runoff results?

Republican senators Kelly Loeffler and David Purdue have to maintain their seats in Georgia this year while fending off harsh competition from Democrat candidates Raphael Warnock and Jon Ossoff.

They will lock horns in a final showdown on January 5.

But much like last year, Covid-19 is still running rampant in the US, with hundreds of thousands of total deaths and cases per day in the five-figure range. 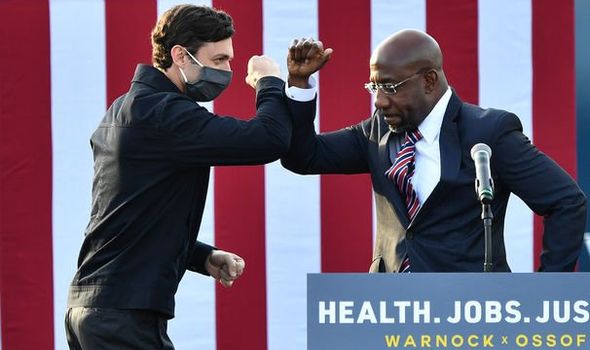 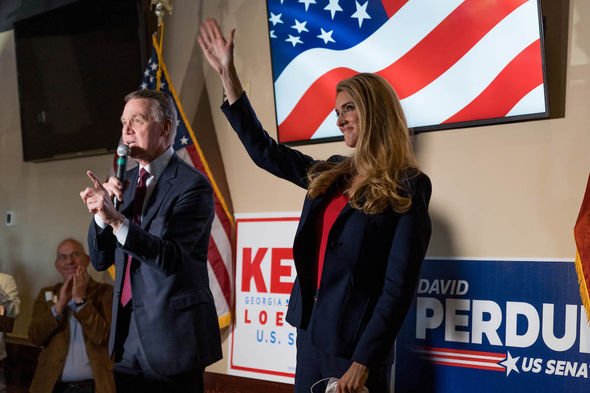 As such, early and postal voting remains the primary means to cast a ballot in tomorrow’s runoff.

Experts believe this means the vote will encounter the same hurdles as last year, with another protracted count on the cards.

Speaking to Bloomberg, Kerwin Swint, a political scientist at Kennesaw State University, said there was almost “no chance” the results would come on the day.

Ultimately, the timing depends on how close the race is, but it could end up taking weeks. 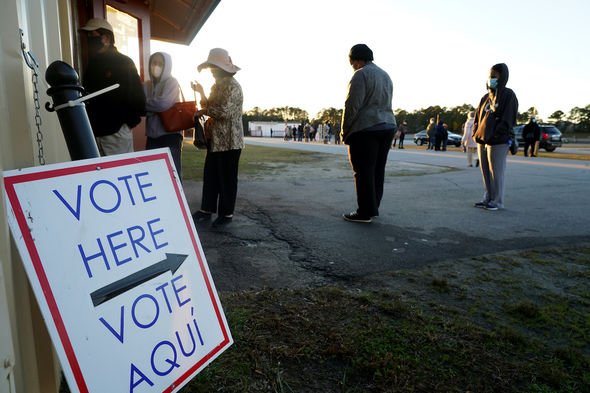 Candidates need at least 50 percent of the Georgia vote to claim their respective seats.

November’s saw Senator Perdue come within an inch of winning, with 49.7 percent of the vote.

Mr Ossoff was a hair’s breadth behind at 47.9 percent, and this margin will likely grow closer tomorrow.

High voter turnout tends to favour Democrats, who in Georgia are supported by Stacy Abrams, a former Georgia House of Representatives member, and Black community organisers. 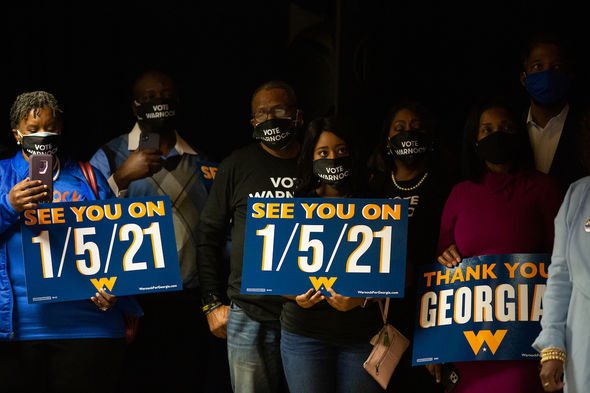 Their work in encouraging turnout handed Mr Biden the state last year and could do the same again tomorrow.

Five million people turned out in November, but Georgian officials need even more people to do so this year.

She said: “We have to turn out in such numbers that there’s no question about who the winners are.”

“While we had a record turnout of five million people, almost one million African-American voters stayed at home. That’s one million too many.”

High turnout would ultimately create more votes to count, so while this could show a conclusive winner, it could take time.

The counting process will likely follow the same trend as November, with in-person votes counted first, and mail-in – which tend to favour Democrats – later on, fuelling baseless Republican accusations of fraud.