PARIS (Reuters) – France’s busiest airport was on Friday preparing to start testing passengers for COVID-19 on arrival from high-risk countries, a move that could reduce the need for quarantine measures causing pain to the tourism industry across Europe. 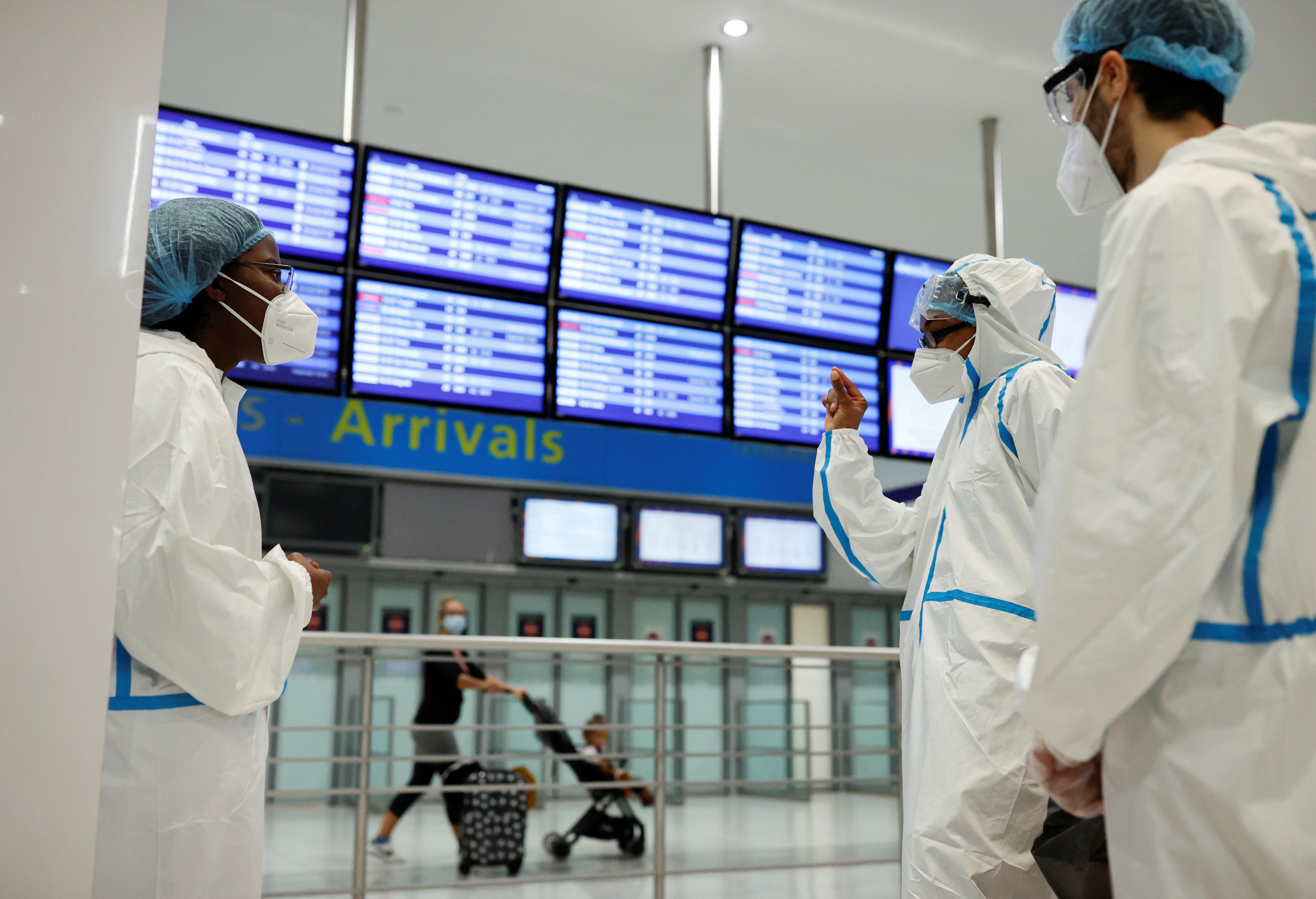 From around 6 a.m. on Saturday morning, Paris public hospital official Benjamin Paumier will lead a team of about 30 testers working out of a makeshift space near baggage reclaim at Charles de Gaulle airport.

Anyone landing from one of 12 countries identified by the French government will be required to visit the testers. One worker will record their contact details, then direct them to a colleague who will insert a swab into their nasal passage to gather a sample for testing.

Travellers are then allowed to continue their journey. Test results will come through between 24 and 48 hours later, when travellers will be contacted by public health workers.

“The test (results) are not available immediately. We don’t know if someone is positive or negative,” Paumier told Reuters at the airport.

“But the objective is to follow these people, especially those who are positive, to follow them up, and find out who they’ve been in contact with.”

With fears around Europe of a second wave of the coronavirus epidemic, some governments have advised against travel to high-risk destinations, or told travellers they must quarantine themselves on their return.

That has prompted anger from some holidaymakers, and the travel and tourism industry, who say it is a blunt instrument. Travel executives have proposed testing on arrival as a way to curb the epidemic without disrupting travel plans.

Charles de Gaulle airport has been trialling the testing – on a voluntary basis – near a bureau de change in the arrivals area. Paumier supervises a team of around 15 workers which has been testing close to 1,000 people per day.

But from Saturday morning, Paumier said, “we’ll have a team two times bigger than we have here because we will have a workload that’s much bigger.”

Vincent Lemire, 47, volunteered to take a test on Friday after flying in from Tel Aviv. Israel is among countries whose travellers will be subject to compulsory testing from Saturday.

“It seems logical,” Lemire said about the new rules. “You know you have passports, customs, baggage. And now you have tests.”