PARIS (Reuters) – President Emmanuel Macron said on Sunday he was accelerating France’s exit from its coronavirus lockdown and that the crisis had laid bare the country’s need for greater economic independence. 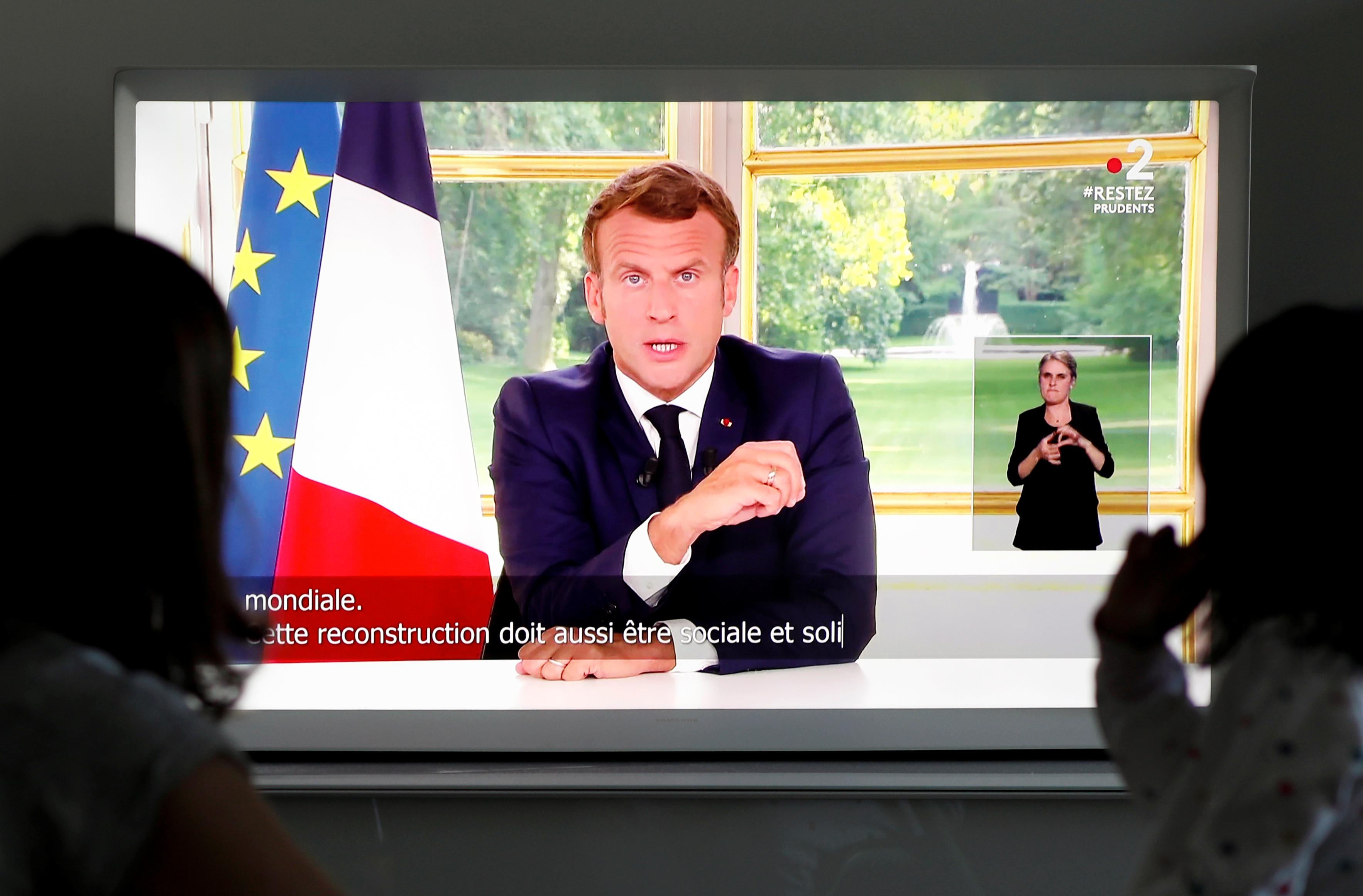 In a televised address to the nation, Macron promised that the 500 billion euro cost of keeping companies afloat and people in jobs during the worst downturn since World War Two would not be passed to households through higher taxes.

Restaurants and cafes in Paris will be allowed to reopen fully from Monday, he said, the same day France lifts restrictions at its borders for European Union travellers, bringing sorely needed relief for the hospitality industry.

He said the coronavirus pandemic had exposed the “flaws and fragility” of France’s, and more broadly Europe’s, over-reliance on global supply chains, from the car industry to smart phones and pharmaceuticals.

“The only answer is to build a new, stronger economic model, to work and produce more, so as not to rely on others,” Macron said.

The coronavirus has killed more than 29,300 people in France and forced Macron, a former investment banker, to suspend his economic and social reform drive aimed at spurring growth, creating jobs and deregulating the economy.

The government expects the economy to shrink by 11% in 2020. Macron said he would lay out a detailed blueprint for the final two years of his mandate in July.

That will include a reorganisation of the way the French state works and a new phase of decentralisation. “Not everything should be decided so often in Paris,” he said.

Macron also addressed the anti-racism protests that have spread to France following the killing of George Floyd, a black man, by a police officer in the United States.

The global outpouring of anger has forced France to confront allegations from ethnic minorities and rights groups of racism and brutality within France’s own law enforcement agencies.

Macron said skin colour too often reduced a person’s opportunities in France, promising to be unflinching against all discrimination.

But he expressed support for French police and said fighting racism should not lead to a “hateful” re-writing of the history of France, whose empire once stretched from the Caribbean to the South Pacific and included much of north and west Africa.

“I will be very clear tonight, compatriots: the Republic won’t erase any name from its history. It will forget none of its artworks, it won’t take down statues,” Macron said.