PARIS (Reuters) – France has officially registered more than 10,000 deaths from coronavirus infections, making it the fourth country to cross that threshold after Italy, Spain and the United States. 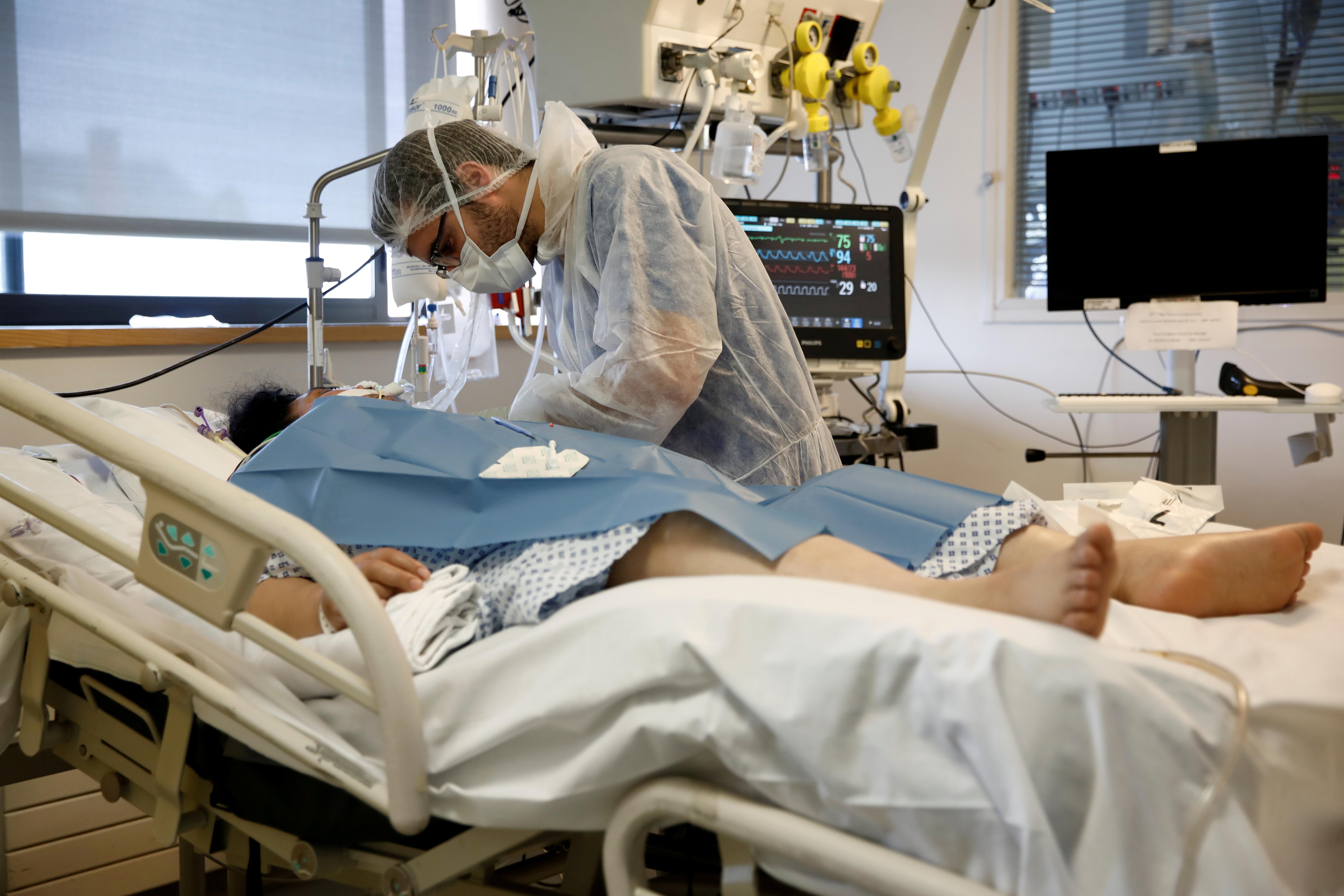 The rate of increase in the number of fatalities also rose on Tuesday for the second consecutive day, official figures showed.

Jerome Salomon, head of the public health authority, told a news conference the pandemic was still expanding in France, which is now in the fourth week of a national lockdown to try to curb its spread.

But he said the number of serious coronavirus cases being treated in intensive care units had risen by only 0.8% in the previous 24 hours – the eighth consecutive day that this rate has decelerated.

“The need to find new (ICU) places is less urgent. But the balance of additional patients needing care remains positive, which means the pandemic is still expanding”, Salomon said.

Earlier on Tuesday, Italy, the country with the highest coronavirus death toll at 17,127, reported a fourth consecutive daily decline in the number of people in intensive care.

France closely monitors its neighbour, which introduced a national lockdown on March 9, to evaluate the efficiency of its own measures.

French Prime Minister Edouard Philippe said the unwinding of the lockdown, which at this stage is supposed to run until April 15, would not “happen overnight”.

Salomon said the number of people who have died in French hospitals after contracting the coronavirus had risen to a cumulative total of 7,091. But if partial data on deaths in nursing homes is included, the death toll from the disease is now 10,328, he said.

Related posts:
Hot News
Nicola Sturgeon humiliated as Gove warns Brexit to devastate SNP plot to ‘smash UK apart’
Ask Amy: I’m a personal trainer who’s been hooking up with a 40-year-old married woman – The Denver Post
Stimulus hopes ease markets into explosive fourth quarter
Putin was behind my poisoning: Navalny tells German magazine
UK long range forecast: Freezing Scandinavian system sees Arctic blast pummel Britain
Recent Posts
This website uses cookies to improve your user experience and to provide you with advertisements that are relevant to your interests. By continuing to browse the site you are agreeing to our use of cookies.Ok