Foreign Secretary Dominic Raab will call on NATO allies to take on the threat from Russia on Wednesday as he meets with foreign ministers in Brussels.

Mr Raab will set out what he sees as the changing face of Russian aggression, which includes cyber attacks and cutting-edge technology.

He will deliver the message at NATO headquarters during what is the first in-person gathering of foreign ministers in Brussels in over a year. 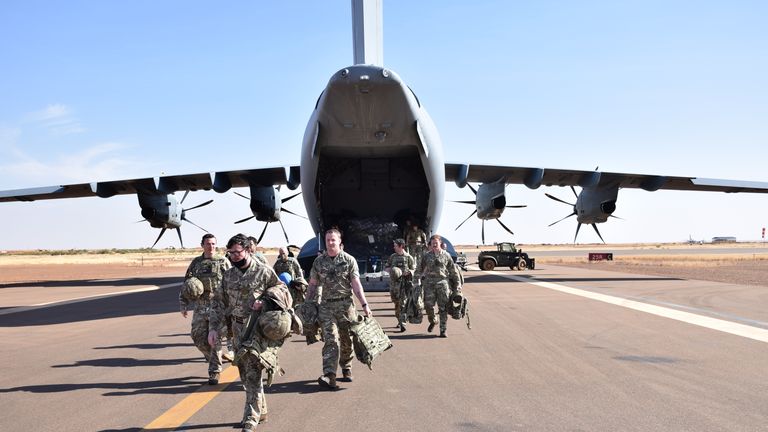 Among them will be new US Secretary of State Antony Blinken, who will be hoping to reset relations with NATO allies after years of tension under former President Donald Trump.

Mr Raab will say that Russia’s development of new missiles systems built to evade conventional defences and state-backed cyber attacks that focus on sensitive data are aiming to interfere in elections and spread disinformation about COVID-19.

Ahead of the meeting Mr Raab said: “This is an important opportunity for NATO allies to gather together and discuss the value of our alliance in a world where democracies are under threat from authoritarian powers and non-state actors who use cyber threats and malicious new technology to sabotage the rules-based order.”

He went on: “The UK, as a leading defence and diplomatic power, fully backs NATO as a strong military deterrent to the threats from Russia but also as a strong, united political bulwark against Moscow’s de-stabilising activities.”

The meeting follows the publication of the UK’s Integrated Review, which assessed that Russia is the UK’s most acute threat, and the Defence Command Paper, which set out how the the military and defences are to be modernised.

Mr Raab and other foreign leaders have also discussed climate security, including the impact of military activities on greenhouse gas emissions and how to improve climate disaster response capabilities. Mr Raab has met with Mr Blinken, who pledged in Brussels to rebuild the transatlantic military alliance after a bruising four years when Mr Trump portrayed NATO as outdated and divided and criticised defence spending targets.

European members have welcomed the change in tone as Mr Blinken said he had come to express the United States’ steadfast commitment to NATO.