ATMEH, Syria (Reuters) – When Hassan Mighlaj’s family ran from the bombs battering their village in northwest Syria, they came up against a wall: an imposing gray concrete wall, crowned with barbed wire and spanning the border with Turkey to block their way in. 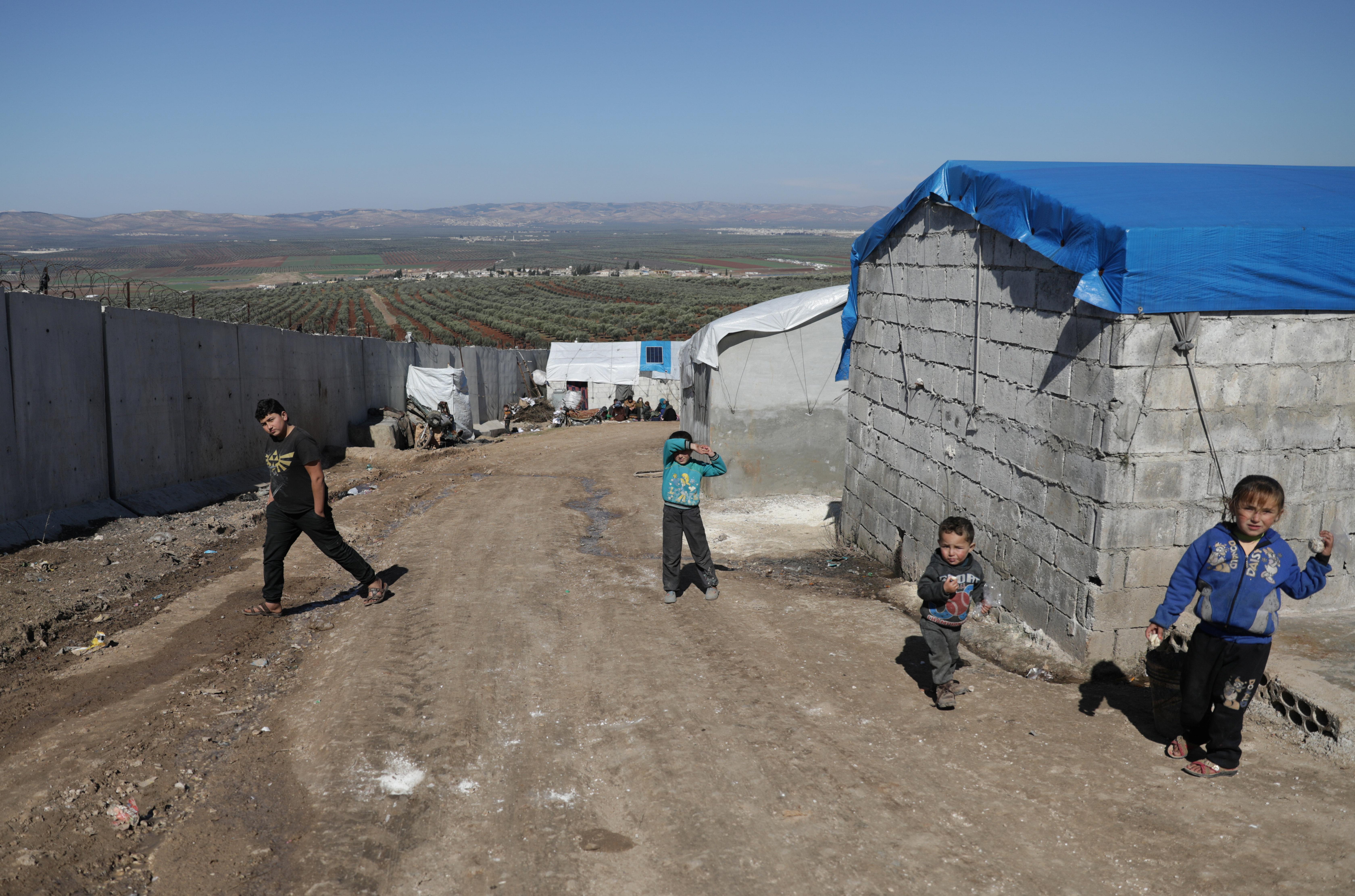 So Mighlaj is building a small hut with cement blocs along the wall for shelter. “We have nowhere left but the wall because there’s no space. And I want my children to stay close to me,” the 45-year-old construction worker told Reuters.

The wall, three meters high, has become part of daily life for families like Mighlaj’s who escaped an army offensive in northwest Syria to take refuge near the border.

Nearly a million people have fled fighting in the Idlib region over the last three months, the biggest exodus of Syria’s nine-year war.

Stuck at the closed-off Turkish border, some have made their new homes along the wall. Families use it to prop up tarpaulin tents or build makeshift shelters. People hang clothes to dry on the wall. Boys play a game of trying to climb it and one man has put up a fence at the wall to plant onions.

But the barrier is a symbol of how people who fled President Bashar al-Assad have no place left to go as Syrian troops, with Russian backing, gain ground in the country’s last major rebel stronghold.

There was no room for Mighlaj’s wife and children nearby in the Atmeh camp, where blue and white tents stretch out across the town, already overflowing with Syrians uprooted by other battles earlier in the war.

If the army marches toward the border, he says he will be the first to cross the wall, even if it kills him. “There’s no doubt. I have children. There’s no other option, dead or alive.”

Behind the wall are watchtowers and fortified fences in a zone patrolled by soldiers around the clock.

“Today people are seeking shelter at the Turkish wall, this wall that was set up to keep us out,” said Abu Sham, 25, who fled his village in Idlib.

He tried to get as far away from the frontlines as possible.

“If I went elsewhere, the regime would advance there too. Now we’re at the last point at the wall,” he said. If fighting reaches the border, “people will either get slaughtered here or we will go into Turkey, one way or another.”