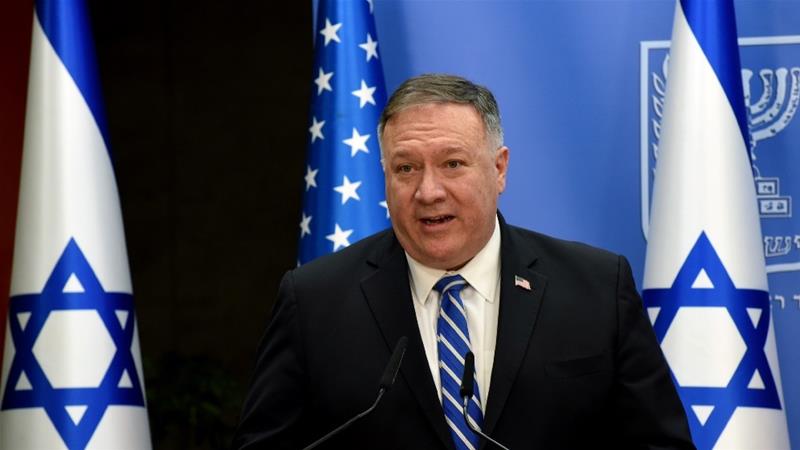 The Republican National Convention enters its second night of virtual programming on Tuesday with a long list of speakers who will praise President Donald Trump’s record in office and advocate for a second term. Personal testimonials from family including First Lady Melania Trump and a pro-Israel foreign policy pitch from Secretary of State Mike Pompeo are on tap.

Pompeo to speak from Jerusalem

Secretary of State Mike Pompeo is expected to speak about how Trump’s “America First” foreign policy has made the world safer, with a focus on Trump’s support for Israel.

As president, Trump abandoned the US-led nuclear arms agreement with Iran that had been negotiated by former Secretary of State John Kerry and has escalated tensions with Iran through economic sanctions and military threats.

Trump unilaterally decided to move the US embassy in Israel from Tel Aviv to Jerusalem, recognised Israeli sovereignty over the Golan Heights and cut off US humanitarian aid to the Palestinian Authority. Trump has repeatedly offered his political backing to Israeli Prime Minister Benjamin Netanyahu.

Trump’s moves have drawn support from Israelis and American Jews, as well as Christian evangelicals – whose votes Trump needs to win re-election. At the same time, however, the Middle East has experienced wars resulting in two of the worst humanitarian disasters ever in Syria and Yemen.

It is unusual for a secretary of state, the US’s top diplomat, to engage in domestic politics during the presidential nominating conventions of the major parties.

US law prohibits federal officials, except the president and vice president, from using government resources to advocate for any political candidate seeking election.

The State Department said Pompeo will be acting in his personal capacity and that the speech did not involve government resources. 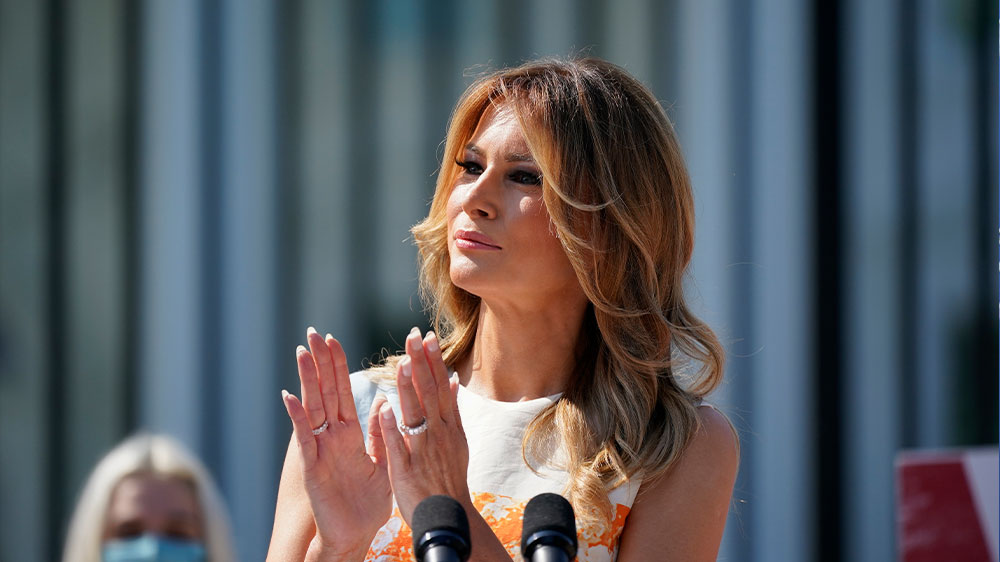 First Lady Melania Trump will give what an aide said would be an “uplifting and positive” speech advocating for her husband’s re-election to a second four-year term.

The first lady, who has campaigned against online bullying and advocated for child safety on the internet, will talk about what she hopes to do in the next four years and reflect on her favourite moments so far.

Mrs Trump was criticised in 2016 for her Republican convention speech which drew heavily from a speech former First Lady Michelle Obama had given.

Tonight will be one of the longer speeches delivered by the first lady, and aides hope it comes across as an authentic message from her heart to the American people.

She will appear from the Rose Garden, an historic space on the White House grounds where presidents including her husband often make public appearances. It will be the first time the White House has been used as a backdrop for a political convention speech. 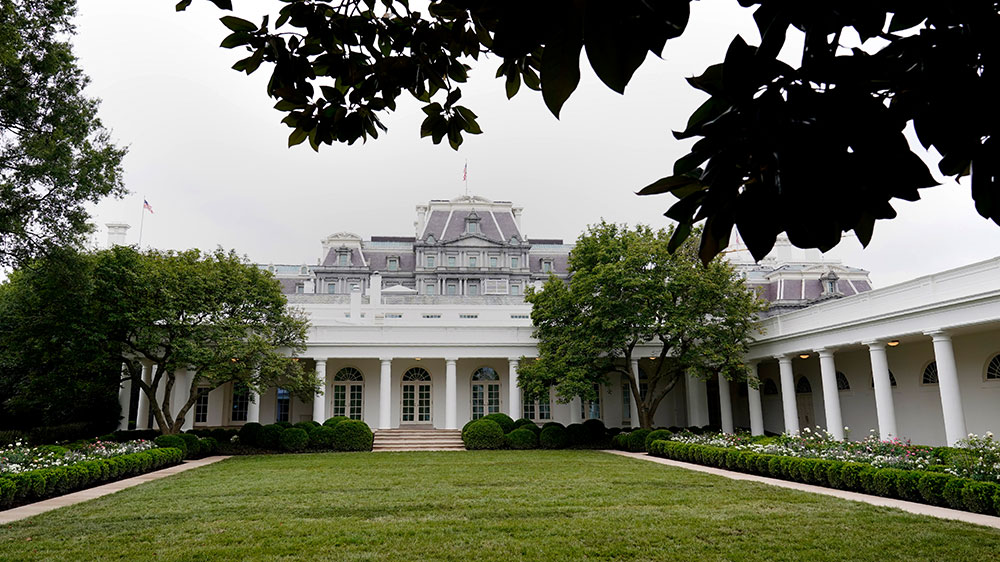 Two of the president’s five children will appear on the Republican convention programme on Tuesday night to speak about their father.

Tiffany Trump is the president’s daughter from his second marriage from 1993 to 1999 to actress Marla Maples. Ms Trump is a socialite and Instagram influencer with 1.2 million followers. She graduated with a Juris Doctorate from the Georgetown University Law Center in May.

Eric Trump is the third child from President Trump’s first marriage to Ivana Trump from 1977 to 1992. Eric with his brother Donald Trump Jr, has been running the family business as executive vice president of the Trump Organization.

Most recently, Eric Trump has been in the news for refusing to comply with a subpoena from New York’s attorney general who is investigating whether President Trump fraudulently manipulated property values to obtain financing.

White House economic adviser Larry Kudlow will deliver remarks about how Trump purportedly created the greatest boom in US history through tax cuts and deregulation – at least until the coronavirus pandemic hit.

Managing the economy is one of the few strengths Trump has with voters but the “China virus”, as Kudlow is likely to say, has changed things. Republicans now are forced to argue to American voters they were better off in January than they were three years prior and will be again if Trump is re-elected.

Kudlow can be expected to point to the nine million jobs that have been recovered during the reopening of the US economy from the shutdown caused by the pandemic. And he, like the president, will laud the high-flying US stock market which has hit all-time highs in key indicators.

There is trouble ahead. Millions remain unemployed and with new stimulus spending, corporate support and unemployment benefits the US faces new rounds of job losses and a growing eviction crisis. 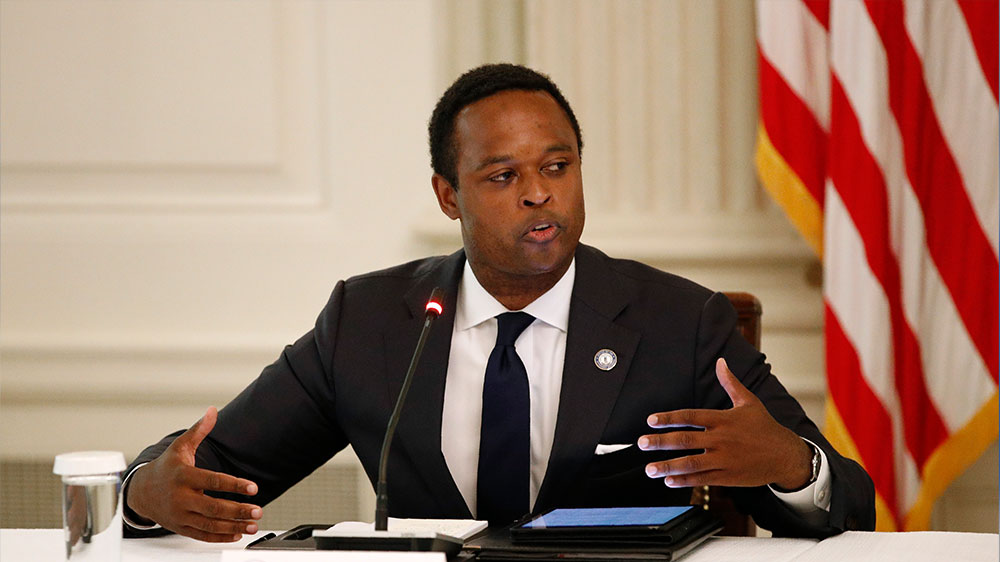 Among the 23 speakers Republicans have lined up for Tuesday’s convention programme is Daniel Jay Cameron, the first Black man to be elected Attorney General of Kentucky.

As the state’s top law enforcement officer Cameron can be expected to speak to Trump’s “law and order” stance against the Black Lives Matter protests that continue to rage in the US against police killings.

Cameron is likely to also share his personal life story as an African American as part of Trump’s appeal to Black voters and the Republican Party’s effort to use the convention to try to reframe the dialogue around skin colour and racism in the US.