The first ever images of the world’s rarest gorilla with multiple offspring has been captured in Nigeria’s Mbe mountains.

There are only 300 Cross River gorillas believed to be left in existence, but new camera trap images of several babies has rekindled hope that the subspecies is reproducing.

In the photos, which were captured in May and June, around seven primates were spotted roaming a forested area with at least one baby seen clinging to the back of an adult.

Conservationists from nine local communities, known as the Conservation Association of the the Mbe Mountains, have been working alongside the Wildlife Conservation Society since the 1990s to help protect Cross River gorillas from threats to their habitat. 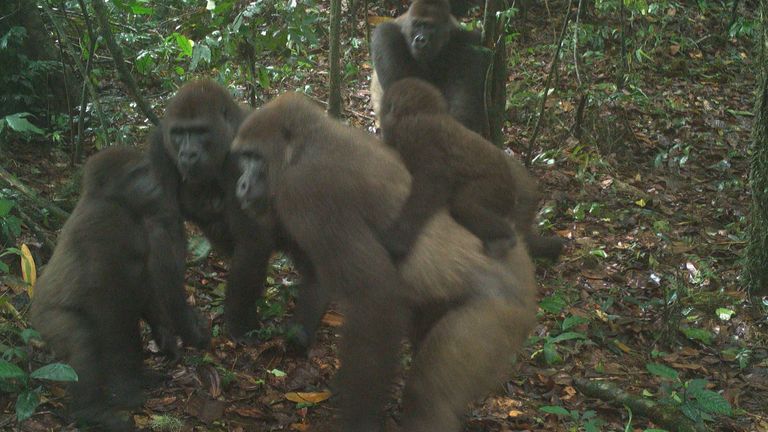 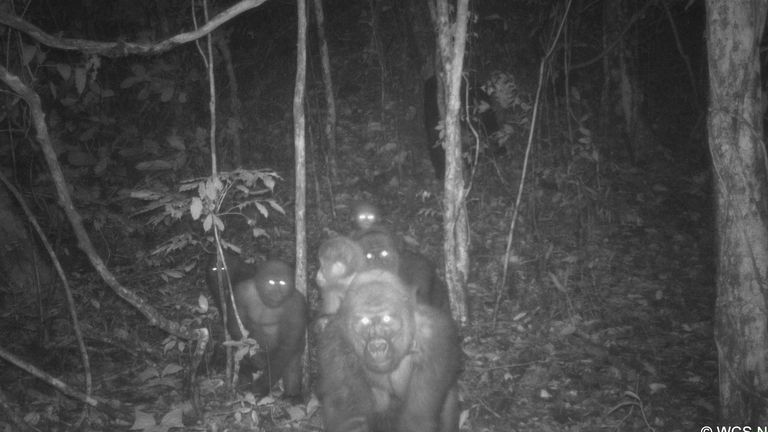 Once believed to be extinct, numbers of the subspecies have been dwindling for decades as residents cut down forests to make way for agricultural advances.

Hunting and disease also serves as a threat, along with ongoing conflict and movement of populations amid unrest in Cameroon.

John Oates, professor emeritus at City University of New York, who helped established conservation efforts more than 20 years ago, said it was “great to see” evidence of reproduction, adding that it was a “positive sign” for the notoriously shy subspecies.

This sentiment was echoed by Inaoyom Imong, the director of WCS Nigeria’s Cross River Landscape project, who then warned of the dangers that still remain.

He said that while hunting had “reduced drastically” and that groups were now working to push back on illegal forest cutting, there were still a number of concerns for the population.

“Although hunters no longer target gorillas, snares set for other game pose a threat to the gorillas as infants can be caught in them and potentially die from injuries,” he said. 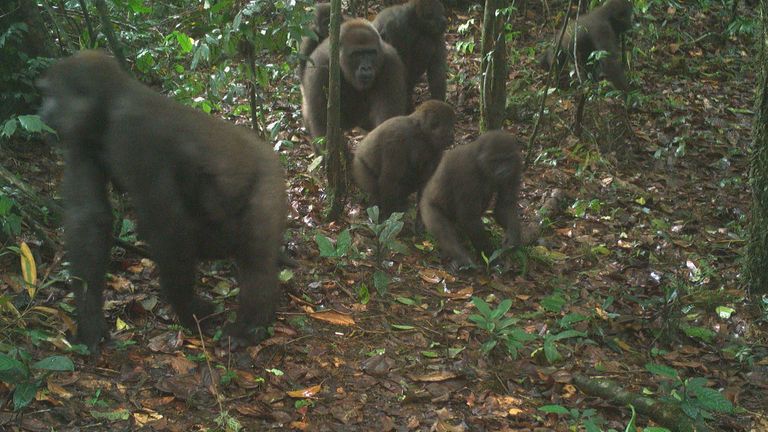 “Refugees from the ongoing insecurity in Cameroon are also moving into the area, and they will likely increase hunting pressure and the need for more farmland.”

Around a third of the Cross River gorilla population live in Nigeria, while the rest have been recorded in a transborder region in Cameroon.

They are notoriously hard to catch on camera as they are wary of humans, meaning their presence is usually recorded by discovering their nests, dung and feeding trails.

Chief Damian Aria, the head of Wula village, said he was “honoured” to be a part of the conservation efforts to preserve the gorillas’ habitat.

He added that he was “so happy” to know they are reproducing, and expressed excitement over the tourism they might one day bring.