Ethics committee imposes a seven-year ban on Rafael Salguero who was offered a large bribe for 2018 World Cup vote. 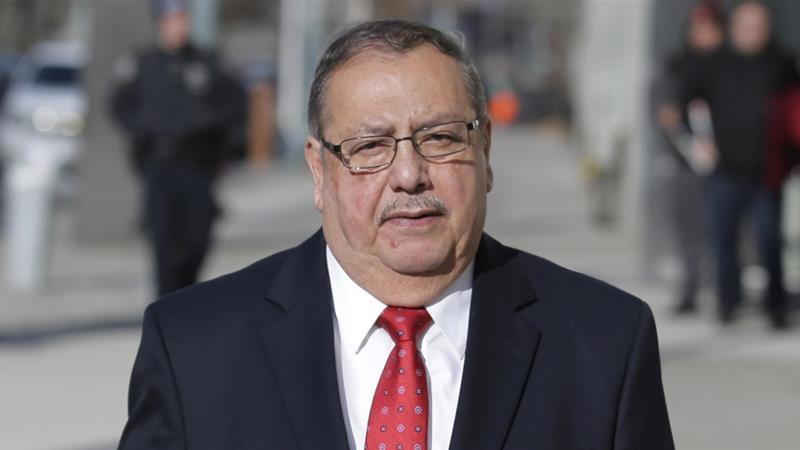 Football’s world governing body FIFA has handed a seven-year ban to a former executive who was offered a large bribe for the 2018 World Cup vote.

Rafael Salguero, who was a FIFA executive committee member for eight years until 2015, was offered hundreds of thousands of dollars in return for his vote for the 2018 World Cup.

On Wednesday, FIFA said its ethics judges took Salguero’s cooperation with a US investigation into corruption into account when banning him for bribery. The charge typically leads to a life ban.

According to a transcript of his plea that was unsealed in December, Salguero claimed that while on FIFA’s executive committee in 2010, he was approached by someone seeking to buy his vote deciding which country would get hosting rights for the 2018 World Cup.

He said he was told a wealthy person in Italy wanted to pay him “hundreds of thousands of dollars” to vote for a certain country, the name of which was blacked out of the transcript.

He said even though he wanted the money, he was afraid of drawing attention to himself by going to Italy.

After the awarding of the tournament to Russia, he said he still tried to get the payment, but no one would return his phone messages.

FIFA said that along with being charged for bribery, the Guatemalan official was also found guilty of “illegal reselling” of World Cup tickets.

Three months ago, Salguero was sentenced in Brooklyn federal court to the time he already served in prison.

He had been under house arrest since 2016 while providing information to prosecutors in a sprawling case which accused several football officials of accepting more than $200m in bribes.