The post featured a link to a Fox News video in which Mr Trump claimed children are immune to the virus and insisted schools should be open. He said: “If you look at children, children are almost, I would almost say definitely but almost immune from this disease.” But Facebook said the “video includes false claims that a group of people is immune from Covid-19 which is a violation of our policies around harmful Covid misinformation”.

The company also said the post violated its rules against Covid misinformation.

The removal of the post is a change of tack for Facebook, which has previously opted to label – rather than delete – misleading statements.

Several studies suggest that children are less likely to become infected than adults and more likely to have only mild symptoms. But this is not the same as being “virtually immune” to the virus. 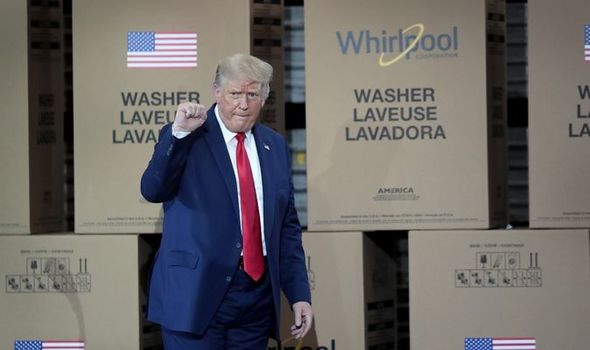 In the US, a Centers for Disease Control and Prevention study published in April found that about one in five infected children were hospitalised compared to one in three adults.

The study also suggests that many infected children have no symptoms, which could allow them to spread the virus to others.

In May Twitter flagged up a post from Mr Trump for violating its rules against glorifying violence.