Just when the nation thought summer was somewhat finished, one forecaster offered a glimmer of hope before the real autumn weather takes hold. Jim Dale, senior meteorologist at British Weather Services, told Express.co.uk of early indicators suggesting more hot weather is on the horizon, particularly for the south. He said: “It’s a long way off but tentatively yes for the final week in the south, we will be touching 20C if all goes to plan.” At this time of year, thermometers usually hover around the late teens, coupled with increased rainfall as the change of seasons takes place.

Mr Dale’s early predictions are not far off – with interactive weather maps pinpointing Saturday, September 24 as being a day where the mercury will peak at 22C in the east.

Central London will also see these highs, with temperatures only slightly slipping to 19C nearer the southern coast.

Mr Dale did say such temperatures, while welcomed by many, are not too unusual.

“It happens,” he said. “What we are looking for come late September and early October is a sustained southerly flow which would indicate an Indian Summer.” 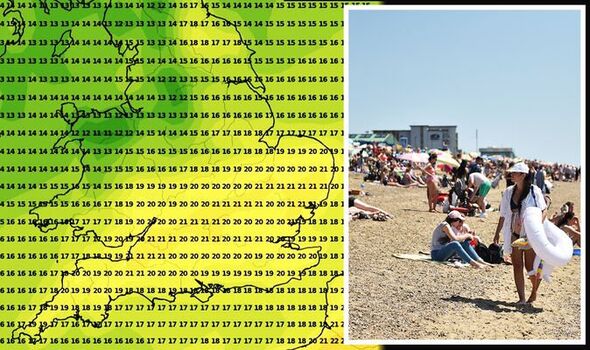 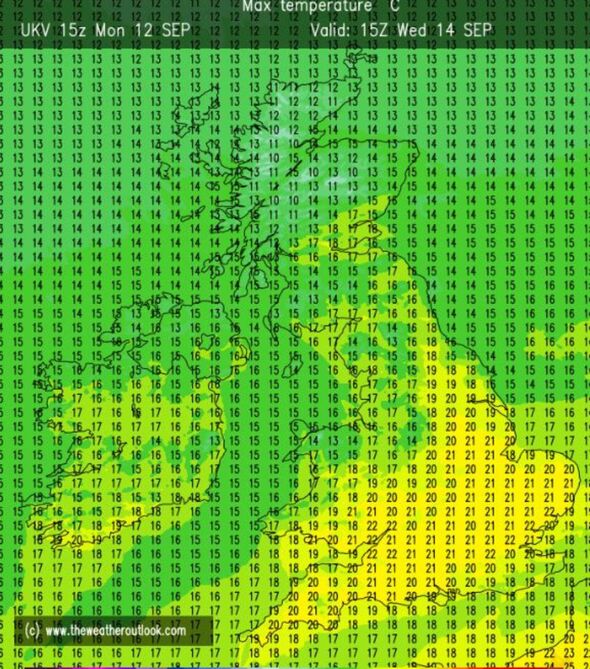 But given the proposed dates for a late heat spike, this would not be defined as an Indian Summer episode, purely because it is too early.

Despite contrary beliefs of an Indian Summer striking in September, it actually refers to a time of a “warm, calm spell of weather occurring in autumn” – most notably October and November.

This definition was issued in Met Office Meteorological Glossary first published in 1916.

Long-range forecasts, which currently go up to September 29, do not show any more heat plumes for the UK – with indicators pointing more towards generally settled conditions. 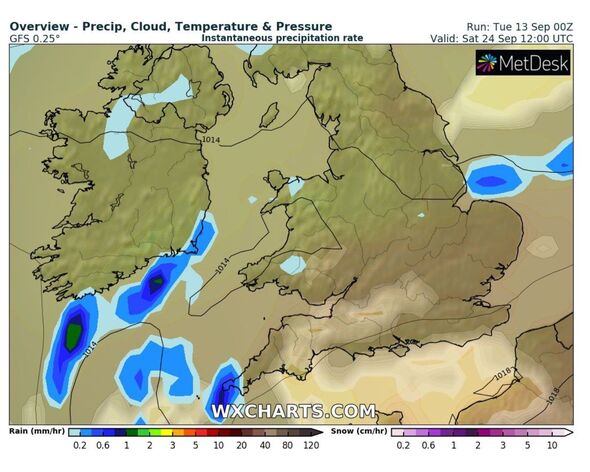 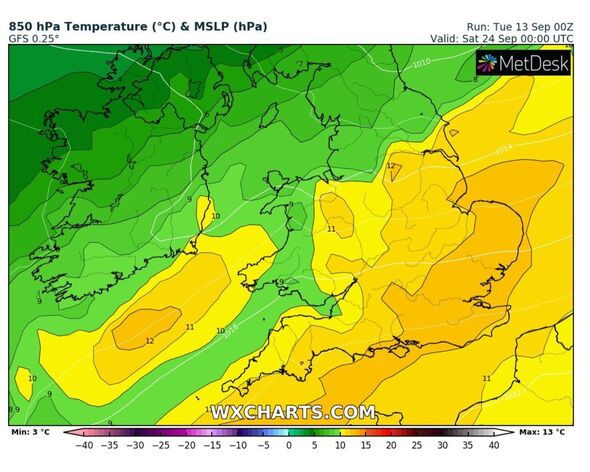 But as the days start to edge closer to October, the Met Office is warning there will be more unsettled weather on its way.

Looking towards the end of September, the long-range forecast adds: “By the early part of next week, a band of rain edges into the far northwest initially spreading across northern parts, eventually trying to sink south.

“Winds will be generally light but fresh along the east coast, and in the far north.

“Temperatures rather cool initially, with a risk of some rural grass frosts in the north at times.

“Overnight mist and fog patches likely throughout, especially in the south, but these should clear quickly. This period is likely to end with high pressure breaking down, making way for more unsettled conditions.”

And chances of an Indian Summer have been left open by the leading forecaster, who is warning of an unsettled period for the first half of October, but some sustained warm temperatures.

It adds: “With the breakdown of high pressure, unsettled conditions prevail for a time through this period. We are likely to see a northwest and southeast split through September and into October.

“This will bring windier and wetter conditions across the north and west, meanwhile the south and east are likely to see more in the way of dry weather. Temperatures generally above average for this period.”