Officials at Energoatom said they had disconnected the last power unit at the Zaporizhzhia nuclear power plant from the energy grid in the early hours of Sunday morning.

The nuclear power station has been repeatedly shelled by Russian forces.

The state agency wrote on its Telegram channel:”A decision was made to shut down power unit No 6 and transfer it to the safest state – cold shutdown.”

Energoatom reiterated calls for a demilitarised zone to be established around the plant.

The agency said: “In order to prevent an emergency situation at the station, it is necessary to stop the Russian shelling of the ZANP’s communication lines with the power system and create a demilitarised zone around it.

“After that, the communication lines will be able to be repaired, to ensure the inclusion and further safe operation of the ZANP.” 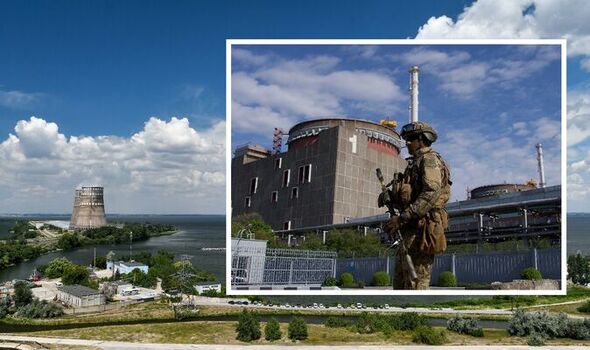 The atomic facility is one of the ten biggest nuclear power stations in the world.

The plant was captured by Russian troops on March 4th, just a few days into the war.

Kyiv has accused Moscow of placing military equipment and ammunition at the plant, as well as shelling the surrounding area.

Earlier in the month, officials from the International Atomic Energy Agency were able to gain access to the nuclear power station.

In a subsequent report, they said the Russians had placed military equipment in the engine rooms of the power units at the plant.

IAEA Director General Rafael Grossi called for the creation of a nuclear safety and protection zone around the station on Friday.

His call came after Kyiv on Wednesday had urged residents of Russian-occupied areas around the plant to evacuate for their own safety.