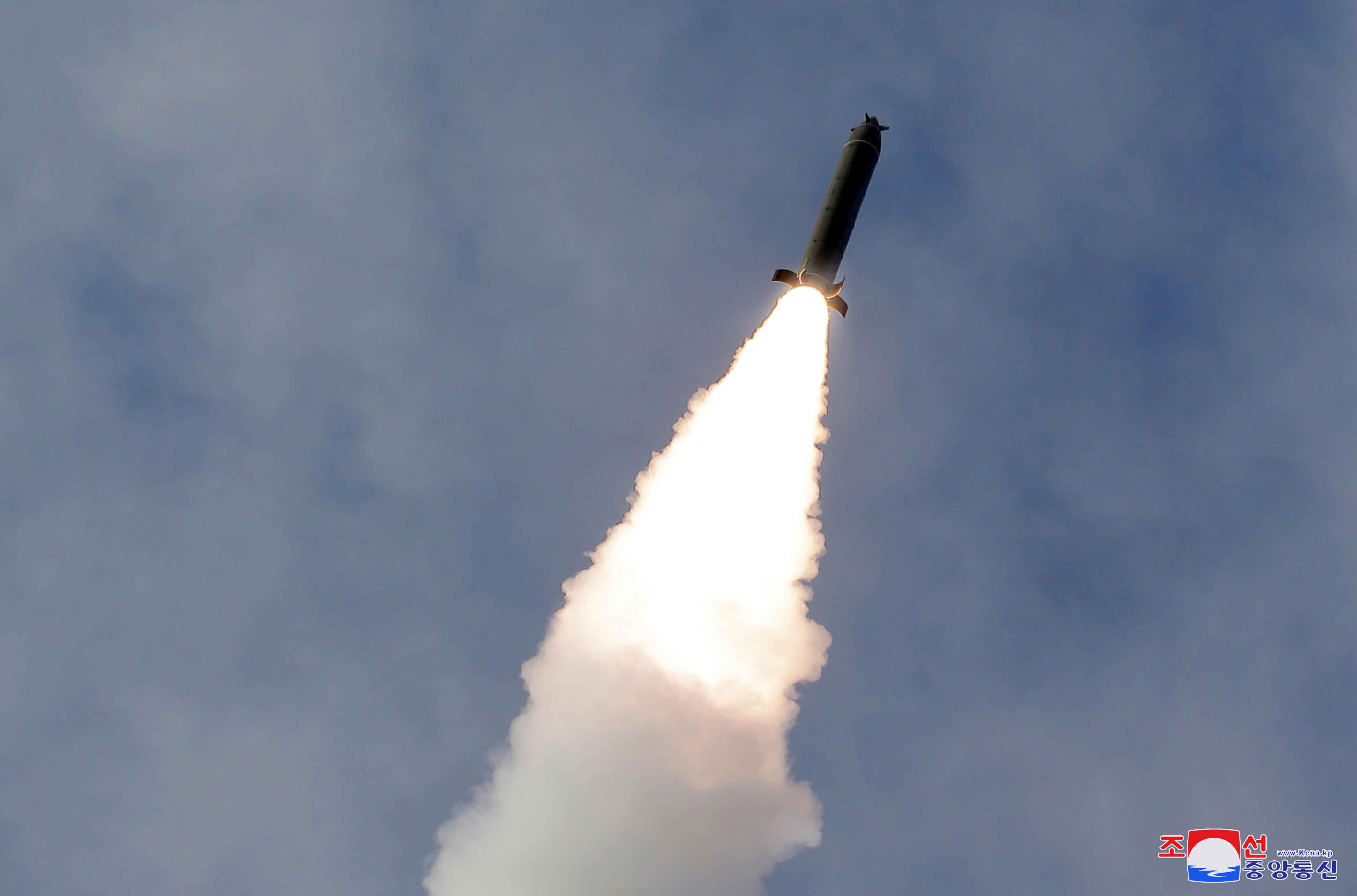 North Korea fired two short-range missiles off the east coast into the sea on Monday, resuming testing after a three-month pause, South Korea’s military said. The launch was the first since North Korea fired what it called “super-large multiple rocket launchers” on Nov. 28.

In a statement after the 15-member Security Council met, the European members and Britain urged North Korea to engage in good faith negotiations with the United States aimed at Pyongyang’s denuclearisation and take concrete steps toward abandoning nuclear weapons and ballistic missile programs.

“Continued provocations risk undermining the prospects for a successful negotiations. It is vital that the Security Council ensures full implementation of its resolutions and that sanctions remain in place,” they said in a joint statement.

“We call on the international community to comply with the obligation to strictly enforce these sanctions,” they said.

Russia and China have raised concerns that sanctions were harming North Korean civilians, and have expressed hope that easing some restrictions could help break a deadlock in nuclear talks between Washington and Pyongyang.

Russia and China proposed a draft U.N. Security Council resolution in December that would lift sanctions on industries that earned North Korea hundreds of millions of dollars. Those sanctions were imposed in 2016 and 2017 to cut off funding for Pyongyang’s nuclear and missile programs.

Pyongyang has been under U.N. sanctions since 2006 over its missile and nuclear programs, which the Security Council has unanimously strengthened over the years. Though some diplomats, speaking on condition of anonymity, have warned that unity would be broken if Russia and China put their new plan to a vote.

“That text of the draft resolution remains on the table and we are open for views on that,” China’s U.N. Ambassador Zhang Jun told reporters on Monday. “We believe that it’s a very important step in creating a more favorable environment for the further improvement of the situation in the Korean Peninsula.”