A new weather front from the Arctic is expected to bring temperatures to below freezing across Europe this week. A WXCHART map has shown this weather front will move in from the North Atlantic and push into Britain before reaching the continent. By the end of the week, temperatures are forecasted to rise slightly for Britain and parts of central Europe before another wave of cold air moves in.

BBC Weather has also forecasted difficult winter conditions for central Europe as heavy downpours are expected to turn to heavy snowfall this week.

He said: “It will be quite cold with wintry showers around.

“Some of that rain will be pushing into central portions of Europe and we could see some snow over the Alps on Tuesday and Wednesday. 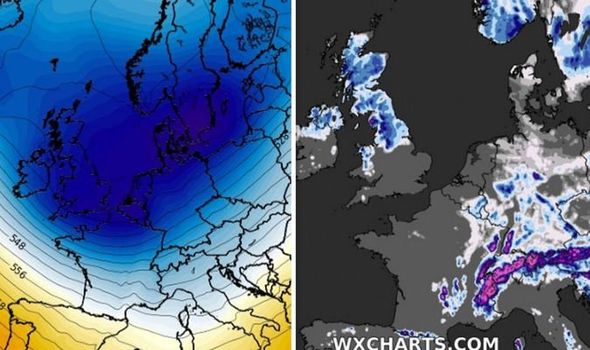 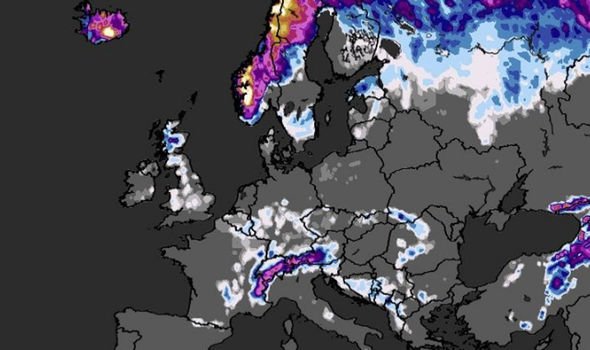 “It will be more unsettled in this north and northwest corner and there will be some heavy snowfall across Scandinavia.

“You can also see the feature that pushes on into the central regions of Europe and brings some heavy snow in towards southern Germany and the Alps.”

This intense weather front is expected to bring snowfall to Britain as the cold air moves in from the Arctic and the Atlantic Ocean.

BBC Weather presenter Matt Taylor said: “It is barely above freezing in parts of Scotland, Northern Ireland and northern England. 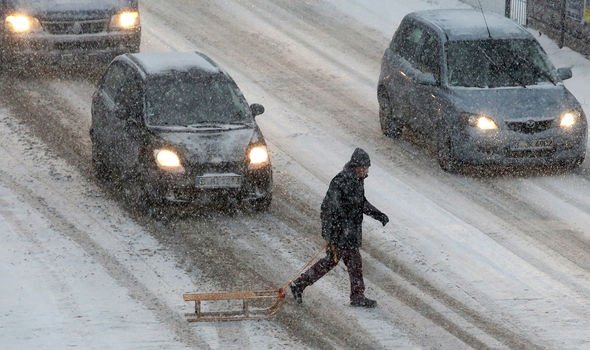 “But the cold feel will continue into Tuesday night and the showers will keep going as well.

“There’ll be a covering of snow in places, especially over the hills, but some eastern areas will be staying dry.

“The coldest conditions will be into Wednesday morning, reaching -4C and -5C degrees in Scotland. 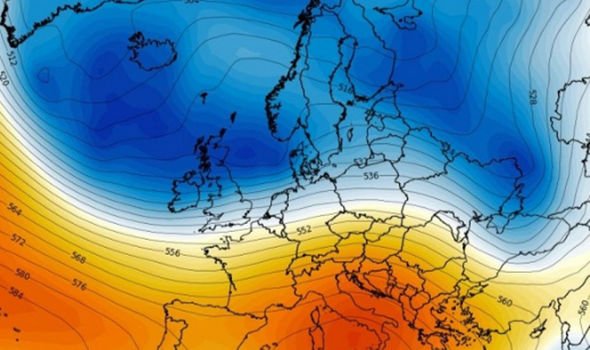 “It’s very close to freezing with showers today, so there could be some ice around for tomorrow morning’s commute.”

The Met Office have also warned of a fall in temperature as they forecast wintery showers for Tuesday and Wednesday in Britain.

They added Britons could expect frost patches and ice to develop overnight.

However, they noted it would likely be milder in the south of the UK on Thursday with some light rain.