There was no mass crowd out on the streets like you’d usually see around such an important match in a big tournament.

Few England flags or shirts were visible and those supporters we did find either live in Italy or another EU nation. 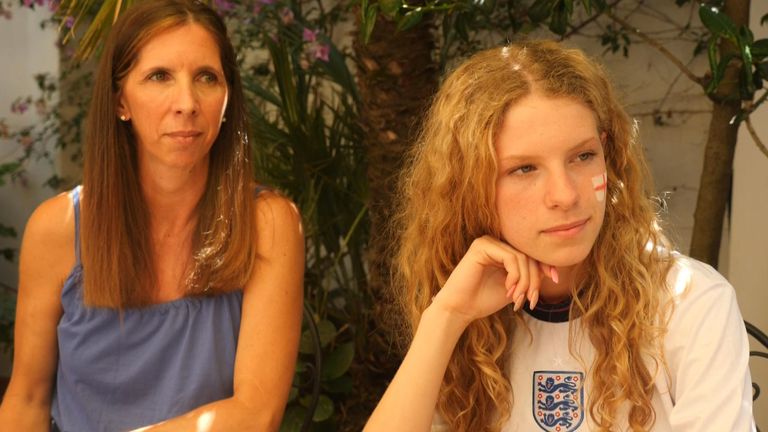 They’ve been able to travel to attend the match, unlike supporters from back in the UK.

COVID will put something of a dampener on the atmosphere inside the stadium. But one British family have promised to make as much noise as possible.

We met the Bennetts who had flown in from Cyprus. They’re excited to see England play but wish there were more fans there to will the team on.

Fifteen-year-old Amber told us: “I will definitely be screaming, I’m going to be shouting.”

Mum Tara says: “And trust me she can shout!” 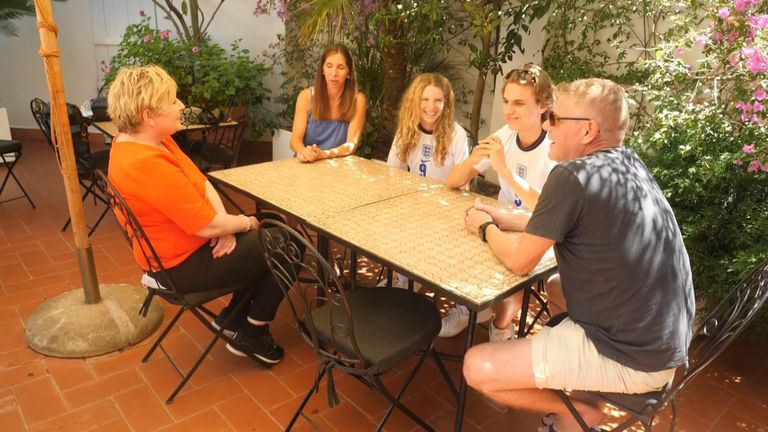 Amber interjects: “We’ve got to make it up for the fans at home because obviously there’s not going to be as many of us, so the few that are there have really got to make an impact, to cheer the team on and give them motivation. So we’ll be cheering the team on really loudly.”

England players admitted in the hours before the match fan motivation really helps. But this time COVID restrictions have stopped thousands travelling from the UK.

After the euphoria of the win over Germany, many supporters were likely to have been tempted to make the journey but the health chief for the Rome region has warned people against breaking the rules. Alessio D’Amato told me: “I want to tell the English fans that you cannot die for a match.

“My invitation is to cheer your team England on from home because coming here would be risky and also not profitable as it would be impossible to enter the stadium.”

It’s predicted around 2,000 England supporters will be in the stadium. It can take around 70,000. They will have to try hard to make noise in those surroundings.