The rescue-vessel, funded by the famous street artist, had issued several emergency appeals to European coastguards after the boat became overcrowded with migrants and unable to sail back to shore. In a series of posts on social media, crew members on board the vessel pleaded for “immediate assistance” but claimed they had been ignored by nearby authorities in Italy and Malta.

The Louise Michel ship, which features a Banksy-inspired picture of a girl holding a heart-shaped lifebuoy, picked up 219 migrants off the coast of Libya on Thursday.

The former French Navy boat daubed in pink and white and manned by a crew of 10, started calling for assistance from coastguards in Italy and the Armed Forces of Malta on Saturday – following the death of one person on board.

Along with a photograph of refugee crammed together on the deck, the crew wrote on Twitter: “These are the survivors you are turning your back on EU. 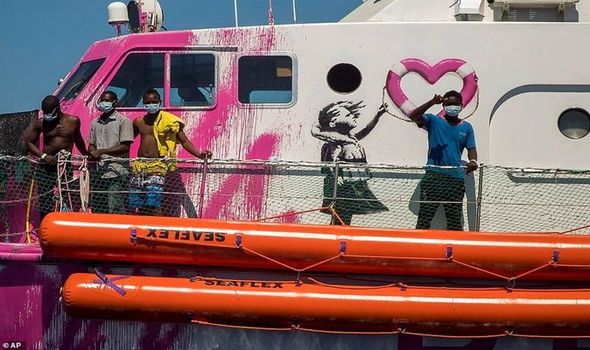 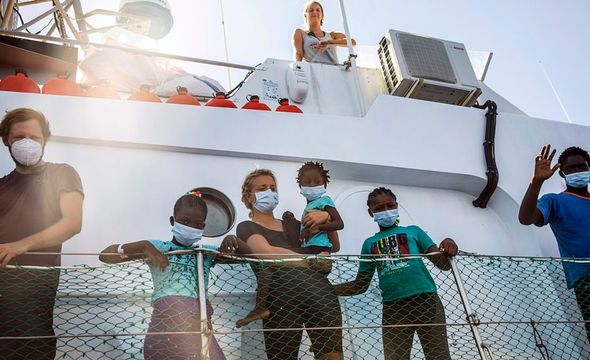 “After escaping untold horror and inhumanity they need a place of safety. @guardiacostiera @Armed_Forces_MT you must act now!

“There is already one dead person on the boat. We need immediate assistance.”

The 30-metre long Louise Michel boat later issued yet another appeal after accusing authorities in Europe of “ignoring our emergency calls”, and gave an update warning the vessel was now unable to move.

The post said: “Louise Michel is unable to move, she is no longer the master of her manoeuvre, due to her overcrowded deck and a liferaft deployed at her side, but above all due to Europe ignoring our emergency calls for immediate assistance.

A third tweet added: “We repeat, Louise Michel is unable to safely move and nobody is coming to our aid. 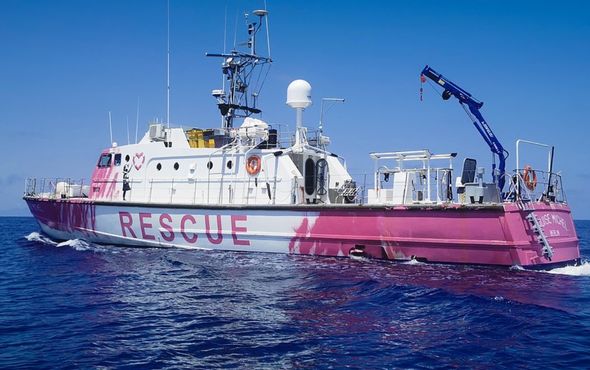 “The people rescued have experienced extreme trauma, it’s time for them to be brought to a #PlaceOfSafety. We need immediate assistance.”

Following the lack of help, humanitarian charity Saving Humans Mediterranean confirmed it would deploy a boat and provide “assistance to over 150 people in imminent life danger”.

After more than 48 hours of being stranded with more than 200 migrants on board, coastguards from Italy finally sent assistance to the boat. 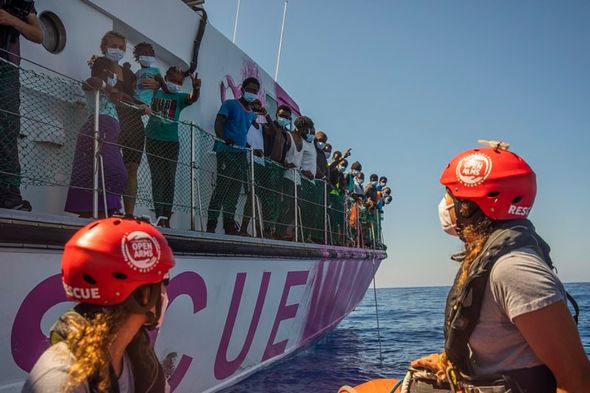 Late on Saturday evening, Italian coastguards said a patrol boat dispatched from the southern Italian island of Lampedusa had taken on board 49 of “those considered most vulnerable”.

The 49 people who were transferred off the ship included 32 women and 13 children.

However, despite help from Italy, the vessel still not found a safe port for the rest of the migrants on board.