The European Union has been urged to intervene with a “unified position” to force Belarus President Alexander Lukashenko into reaching an “understanding” to end violent protests across the country. Demonstrations broke out after Mr Lukashenko was declared the victor of the latest round of elections with 80 percent of the vote despite ferocious public contestation. Lithuanian Foreign Minister Linas Linkevicius said his country will do “its outmost” to help ease the tensions as he urged Brussels to consider sanctions to tone down President Lukashenko’s response to the protests.

Speaking to Euronews, Mr Linkevicius said: “We have to provide a clear, consolidated European position.

“All options should be on the table, including possible sanctions. To do nothing is not an option.”

Lithuania welcomed opposition candidate Sviatlana Tsikhanouskaya hours after she escaped Belarus in fear of imprisonment, with the Belarusian secret service suggesting an attempt had been made on Ms Tsikhanouskaya.

Mr Linkevicius continued: “We will definitely do the utmost to help and try to find some understanding and start a political dialogue. 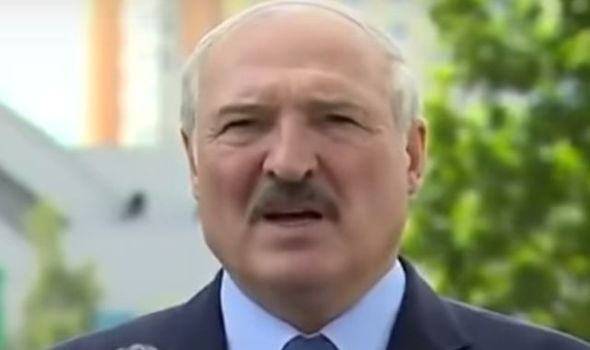 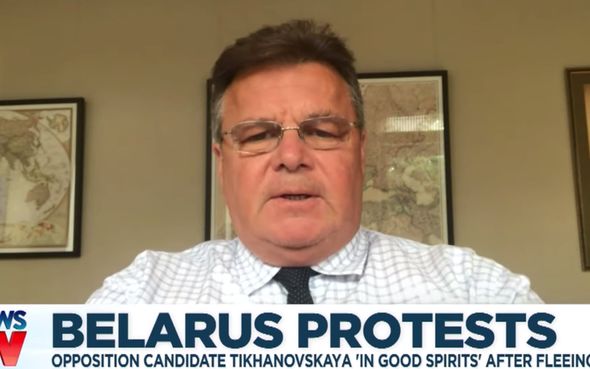 “We are not interfering in domestic affairs but we are not staying aside and observing what is happening.

“We believe that we need not just a stable neighbourhood but also a progressive one.”

At least 6,000 protesters have been arrested since the start of the demonstrations on Sunday and one person has been killed in the clashes.

The EU’s High Representative of the EU for Foreign Affairs and Security Policy Josep Borrell condemned the violent reaction from security forced agains the police. 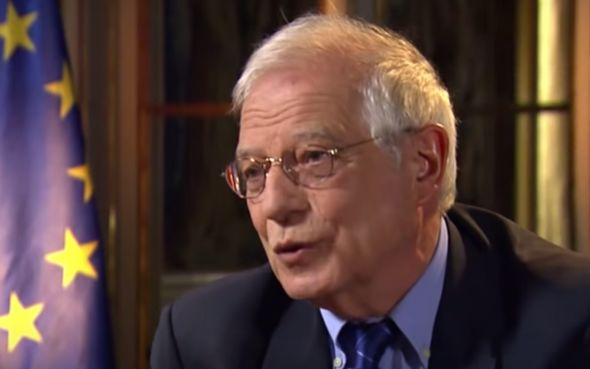 Mr Borrell insisted the people of Belarus “deserve better” as he insisted the protests showed citizens want the system to change.

President Lukashenko has been dubbed “Europe’s last dictator” as he continues to cling on to power after over 26 years in power.

In a statement issued on Tuesday, Mr Borrell said: “State authorities deployed disproportionate and unacceptable violence causing at least one death and many injuries.

“Thousands of people were detained and the crackdown on freedoms of assembly, media and expression intensified.”

Belarus election: Is Belarus in the EU? [INSIGHT]
EU ordered to wade in after allegations of election fraud in Belarus [REPORT]
Coronavirus in Belarus: Is it safe to travel to Belarus? [ANALYSIS]

He added: “We call on the Belarusian authorities to release immediately and unconditionally all detained.

“Furthermore, credible reports of domestic observers show that the electoral process did not meet the international standards expected of an OSCE participating State.”

Mr Borrell also suggested the EU would intervene against those responsible for the violence and would investigate claims of election falsification.

Peter Stano said Brussels is calling on Minsk to “make sure that the choice, the real choice of the Belarusian people is reflected in these results.”

The EU spokesman also said that the “authorities have to hear the voice of their people. They have to respect their fundamental rights.”