France is in the midst of another coronavirus surge as President Macron closes schools and prepares to ban travel within the country for a month. In a televised address to the nation, the French President said the government had waited “until the last moment” to impose further restrictions, winning the country “precious weeks of freedom”, but that “we now have to make one more big effort”. Mr Macron, who has come under scrutiny during the pandemic, admitted that his government had made mistakes. He added: “At every stage of this epidemic, we could say to ourselves that we could have done better.

“But I know one thing: we have stood firm, we’ve learned, and at every stage we’ve improved.”

France’s vaccine rollout is only just starting to make decent progress after a slow start.

Around 350,000 and 400,000 shots a day are now being administered and the country is on course to meet its targets of vaccinating 20 million people by May 15 and 30 million – roughly half the population – by mid-June.

Earlier in the coronavirus crisis, Mr Macron was confronted by medics, who criticised his handling of the pandemic.

Mr Macron was visiting a Paris hospital when his leadership was condemned.

A nurse at the Pitie-Salpetriere Hospital said in May last year: “We are desperate. We no longer believe in you. 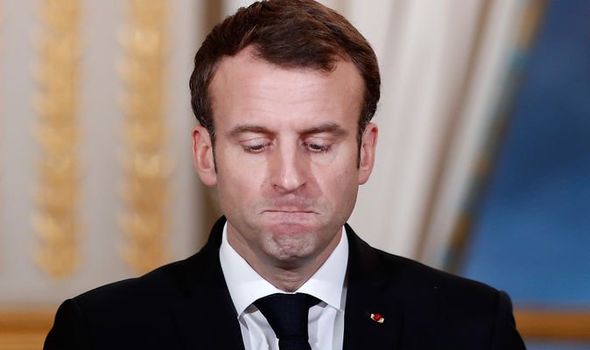 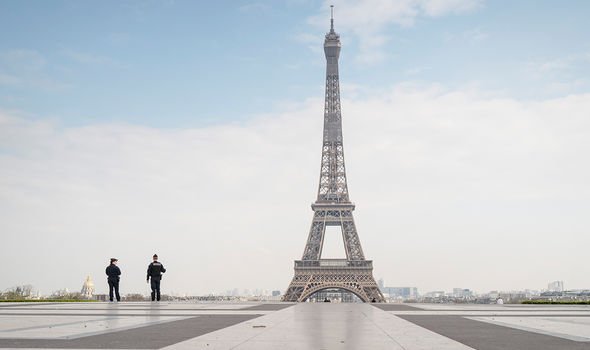 “We are the shame of Europe.”

Mr Macron hit back at the nurse, saying “that’s not true” – but did accept that he had made mistakes.

The French President joined a discussion with other top doctors who also gave Mr Macron a frosty reception.

Thomas Similowski, head of the Hospitals’ Medical Commission, said: “We cannot go back like before.”

Mr Macron then met with unions, who demanded wage hikes to keep nurses from quitting the profession and further worsening staff shortages. 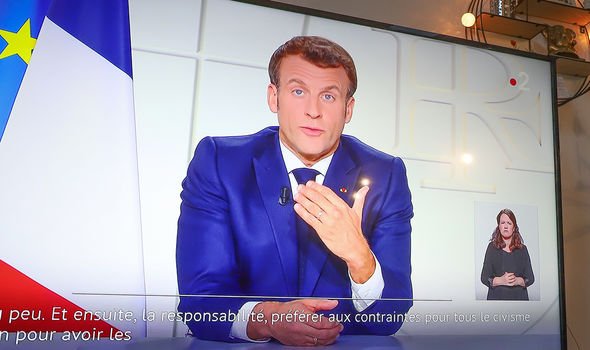 And then, as the President headed for the exit, nurses blocked his way.

A nurse said: “That’s nice, the bonus… but what we want is a raise. For a major European country, this is not normal.”

Mr Macron’s lockdown U-turn this week led to anger as opposition groups boycotted a parliamentary vote on tougher restrictions and said they would not rubber-stamp the whims of “a monarch”.

Jean-Luc Melenchon, of the leftist Unbowed France, called it a “disgrace” and a “masquerade”. 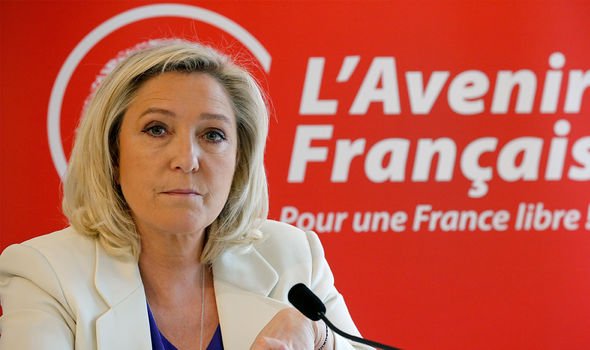 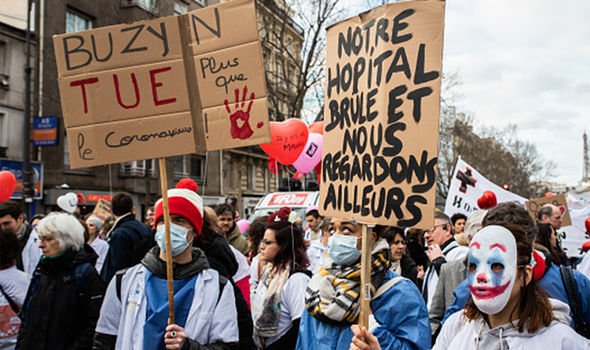 He added: “It really is April 1 today. Everything has already been decided and we are invited to come and acclaim…the presidential monarch, the best virologist in France apparently, and modesty’s best friend. We will boycott this vote.

“You are responsible before history of a health disaster the likes of which this country has never seen. You let the wave rise by aggravating everything.”

Marine Le Pen, the leader of the far-Right National Rally, said: “In a situation that is turning into health and economic chaos, the country needs to be led more than ingeniously reassured.”