The Giza Plateau is home to the Great Pyramid of Giza, the Pyramid of Khafre and the Pyramid of Menkaure – all built during the Fourth Dynasty of the Old Kingdom. But according to the notes of a Danish naval captain and archaeological explorer there once stood a fourth pyramid to the west of the Menkaure Pyramid. Incredibly, almost three centuries later, author Jason Colavito may have solved the mystery.

He wrote: “In 1737 and 1738, Frederic Louis Norden travelled through Egypt and Nubia to make a report of them for King Christian VI, though neither man would live to see the publication of the resulting volume, ‘Voyage d’Egypte et de Nubie,’ in 1755.

“The volume is famous for depicting the Sphinx for the first time without its nose and in a realistic style.

“But for fringe historians, the volume is also interesting because of the mistakes Norden made.

“In 1757, Norden’s text was translated into English and published under the title ‘Travels in Egypt & Nubia’. 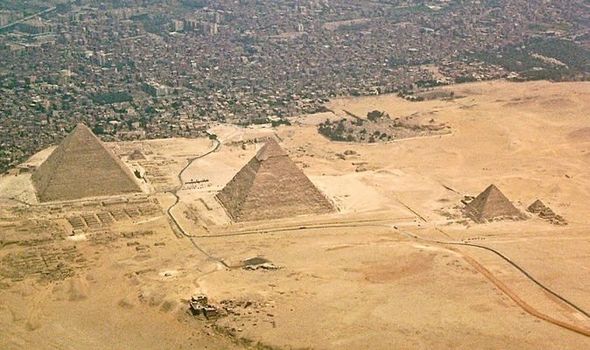 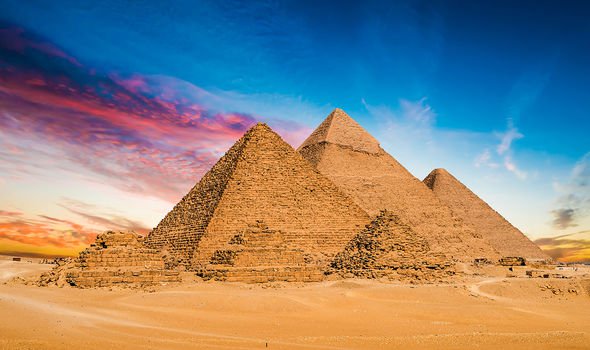 “In the translation, Norden describes the so-called Black Pyramid, which he calls the ‘fourth’ pyramid, ‘almost on a diagonal line’ with the other three.”

The book records Norden’s extensive documentation of his voyage through Egypt and it contains some of the very first realistic drawings of Egyptian monuments.

But one of these depictions appears to show four “Great Pyramids” and his description of the Giza Plateau is different from what is seen today.

His account reads: “The fourth pyramid is a hundred feet lower than the third. 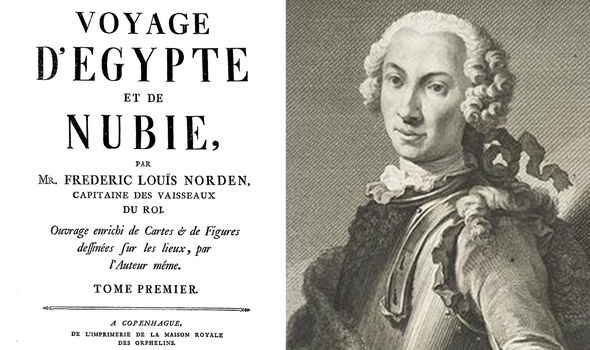 “It has one article worthy of observation, which is, that its summit is terminated by one great stone, that seems to have served for a pedestal.

“It cannot be said that it is exactly in the same line with the others, in as much as it leans a little more to the west.

“These four great pyramids are surrounded by many lesser ones.”

But Mr Colavito revealed what he believed to be what Norden actually saw.

He added in 2016: “I must concur with Colonel Howard Vyse, who in 1840 suggested that Norden has mistaken one of Menkaure’s satellite pyramids, the westernmost, for a fourth great pyramid. 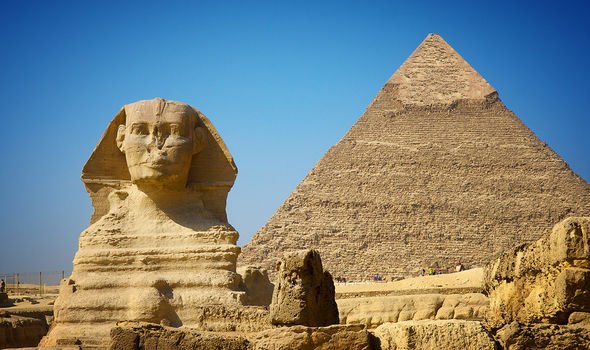 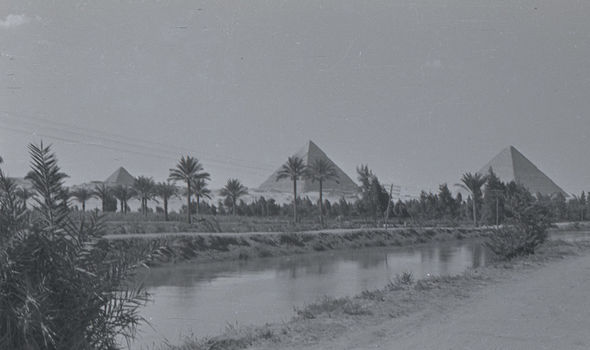 “The ruined satellite pyramid, in the form of a step-pyramid, ends in a cube, while the easternmost one could be said to resemble rubble, the “great heap” Norden describes.

“Given that he was also pretty bad at estimating heights, to judge by his estimates of known objects, so closely does this hypothesis fit that it seems unlikely that any other solution would work as well. “

Despite this, the author said there was one more thing that did not add up.

He continued: “However, we are left with one baffling question, which Colonel Vyse noted: ‘Mr Norden has entirely overlooked the two [satellite] pyramids’.

“Might they have been partially buried in the sand? I’m afraid I don’t have the answer to how Norden missed two pyramids.”