The discovery was made inside the burial chamber of Wahtye, who served under the third king of the Fifth Dynasty, Pharaoh Neferirkare. Described as a “once in a generation” find, his final resting place was uncovered in a remarkable state of preservation – with 55 statues carved into the walls – making it the most decorated tomb ever found in Saqqara. Excavations led by a team of Egyptian archaeologists uncovered over 3,000 artefacts during their journey, helping to piece together the secrets of what has been called “Egypt’s most significant find in almost 50 years”.

But Netflix’s new documentary ‘Secrets of the Saqqara Tomb’ revealed how experts in ancient Egyptian hieroglyphs, Nermeen Momen Mohamed and Nabil Eldaleel, were sent inside to investigate clues to Wahtye’s life.

Ms Mohamed detailed how the pair planned to decipher the text on the walls.

She said: “When we are about to read a hieroglyphic text, there are certain rules that we follow.

“The whole idea is we figure out what direction it’s going in. 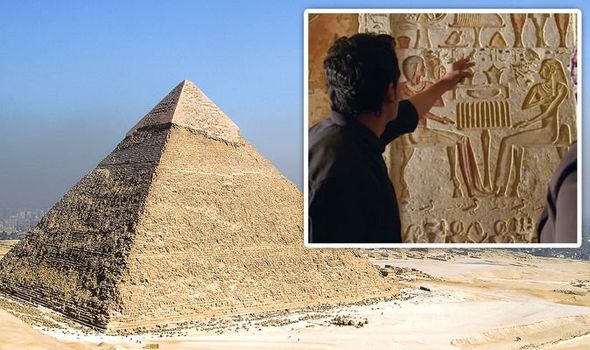 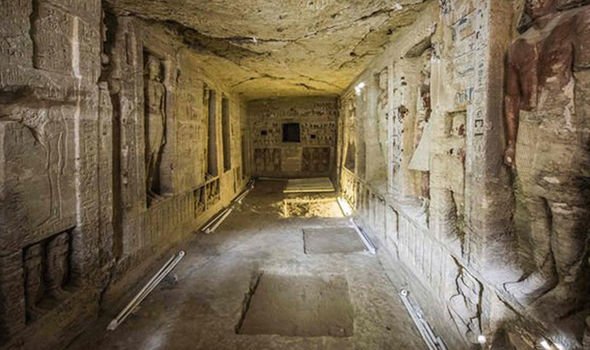 “Then we are looking to see if we can make sense of it.”

Ms Mohamed explained how the passage helped them to understand his life.

She added: “This is where the enjoyment comes from, every aspect we discuss will lift the veil on who Wahtye was. 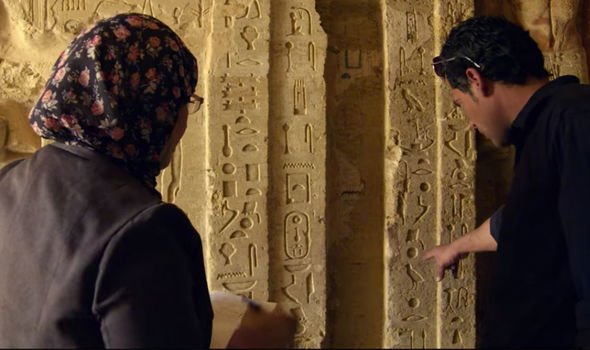 “As the basis of everything, we must consider Wahtye as a priest. The priest in that period was considered one of the highest officials.

“That’s how he was able to build such a wonderful tomb.”

Mr Eldaleel detailed how the pair began to build up a better picture of who Wahtye was.

He added: “Wahtye, based on my first impressions – I like him – even if I see him as a bit of an egoist.

“He mentioned his own name a lot in the tomb and he put in a lot of statues of himself – 55 is an immense number. 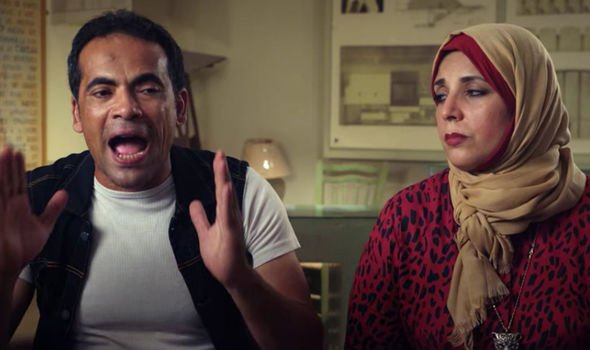 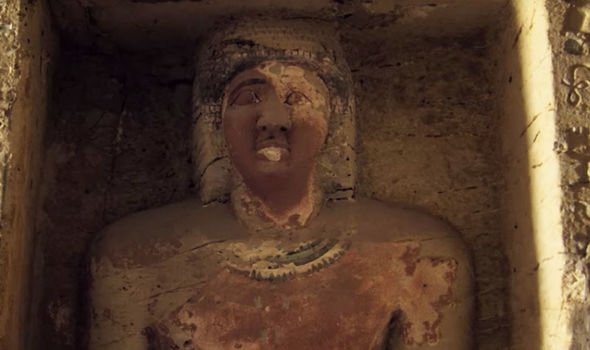 “He depicted an incredible array of activities.

“The evidence that this tomb contains a riddle is substantial.”

But soon the pair noticed something unusual.

Ms Mohamed said: “Next to the first false door, there is a scene of an offering table, with the owner sitting in front of a beautiful lady. 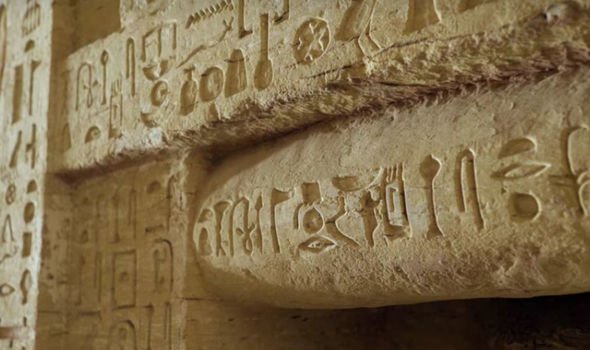 “But when we read the inscription, it said ‘his wife, Merit-Min’.

“We were standing there in astonishment because Merit-Min was his mother – of course, that conflicts, it’s impossible.”

The experts came up with a theory, believing a conspiracy had taken place before Wahtye was buried.

Mr Eldaleel said: “The names have been changed, he has tampered with them – he’s a thief.

“The main statue itself is different, clearly a different person – which makes me more convinced that a conspiracy took place here. 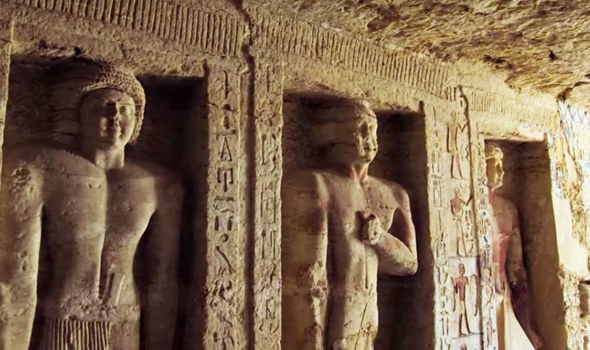 “I think that Wahtye seized this tomb and it was not meant for him. The victim is unknown.

“But we have a theory, there is mention of a brother, and he may have seized the tomb from his brother.”

The documentary, which was released globally on Netflix last week, also features the exploration of the wider ancient necropolis where Egyptians buried their dead over thousands of years.

It details the discovery of shafts filled with mummified animals, beautifully preserved human mummies still inside their highly decorated coffins, funerary artefacts and rare finds spanning from the Old, New and Late Kingdoms.

Transporting the audience back through the millennia, the film provides a unique and unprecedented window into the lives – and deaths – of one man and his family.