Discovered in 2013, the Diary of Merer is the name of a logbook detailing the transportation of limestone from Tura to Giza during the 4th Dynasty. Tipped as one of the most important finds of the 21st century, most experts agree that it reveals how Pharaoh Khufu’s Great Pyramid of Giza was built over a 20-year period. They base this on a hieroglyph that translates to “Akhet Khufu,” thought to mean horizon of Khufu – associated with the image of the pyramids.

But, historian Matthew Sibson, who runs YouTube channel “Ancient Architects” believes this hieroglyph was actually changed in the 5th Dynasty and that Akhet Khufu was instead a reference to an entire city which took two decades to complete.

He told Express.co.uk: “This is something that everyone seems to use as a piece of evidence that Khufu built the Great Pyramid.

“I’ve always glossed over it a bit because I thought I couldn’t give an opinion because I don’t know what everything in the diary means.

“But I’ve spent a while looking at the meaning of the words and what the diary says is that Merer was going to Tura, quarrying stone, putting it on a boat and taking it to a place called Akhet Khufu. 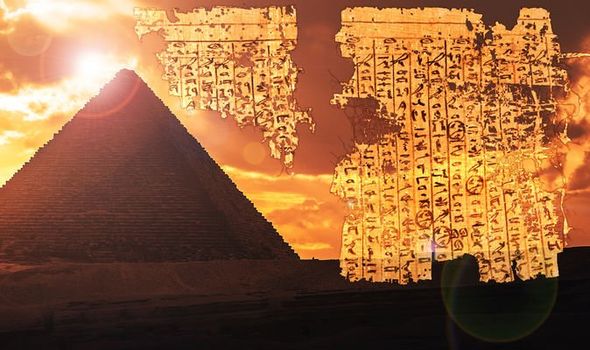 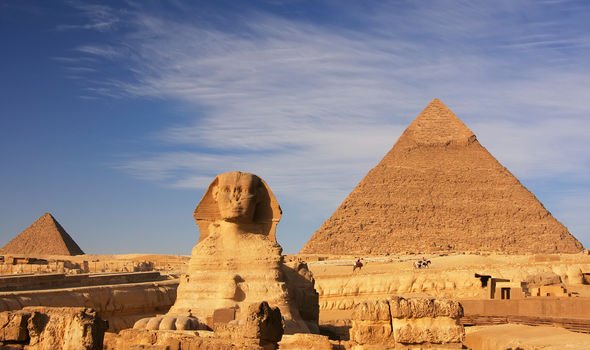 “From there, it was taken to another place which was called Ro-She Khufu, where they were building a dyke for water.”

Mr Sibson instead believes that a whole region was built for one of the most loved Pharaohs of ancient Egypt.

He added: “That is all it says, it does not say anything about how they built the Great Pyramid, it just says they moved the stone to one location.

“People think Akhet Khufu means horizon of Khufu, but that’s not what it means at all, because of various changes to the symbols.

“After the 5th Dynasty, the word was given a different symbol, meaning there’s not much evidence tying Khufu to one pyramid. 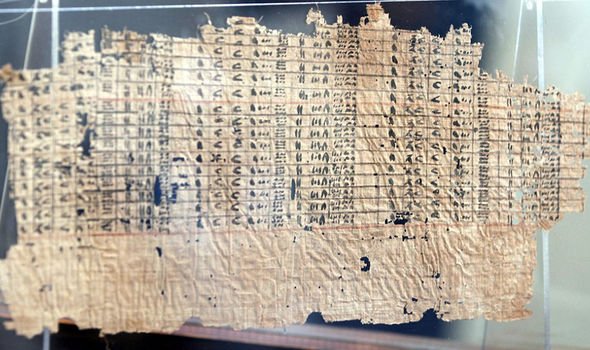 “There’s evidence that there may have been a palace at Giza, underneath the actual modern village of Nazlet el Semmann there are ruins.

“They have found huge walls and pavements. It could be the Old Kingdom.”

Mr Sibson thinks that Akhet Khufu is waiting to be discovered below modern Egyptian villages.

He continued: “It proves that under the village that is currently there, just to the east of the pyramids, there is building work. 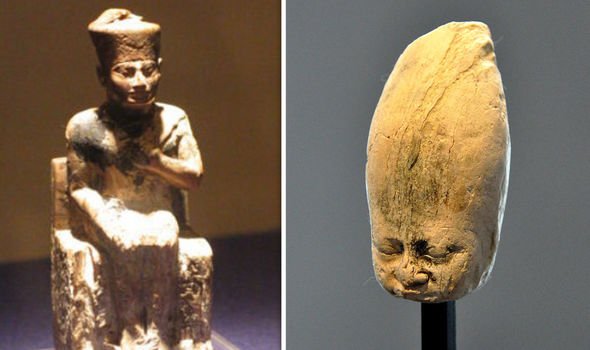 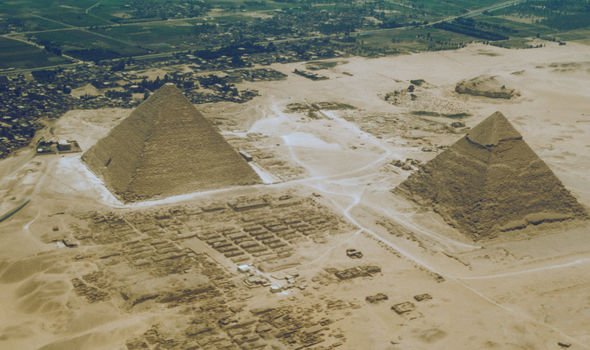 “I think Akhet Khufu was a whole region rather than one pyramid.

“I think it encompasses the Giza Plateau, then headed further to the west, where Nazlet el Semmann is, then further south past the Sphinx, all the way to the modern-day Coptic.

“People have been arrested for digging in their backyard there, going down and finding things.

“The region is bigger than what we currently see, we just don’t know enough yet.” 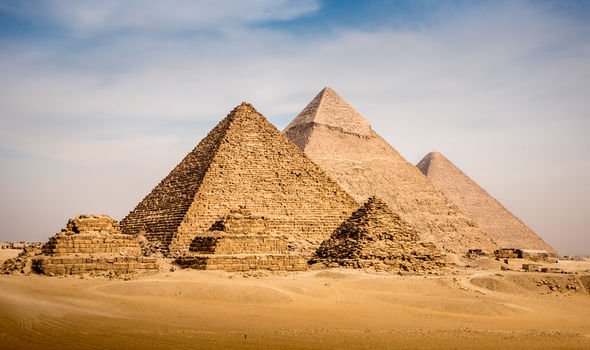 The Diary of Merer was discovered by Pierre Tallet of Paris-Sorbonne University and Gregory Marouard in a cave in Wadi al-Jarf on the Red Sea coast.

It tells the life of Mere, a meddle ranking official with the title inspector, is thought to date to the 26th year of the reign of Pharaoh Khufu and describes several months of work with the transportation of limestone from Tura to Giza.

Every ten days, two or three round trips were done, shipping perhaps 30 blocks of two or three tonnes each, amounting to 200 blocks per month.

About 40 boatmen worked under him between July and November each year.