One British Airways flight was shown on airline trackers to have made it from Heathrow to Dublin only to have to return to the London airport after two failed landings. Another flight from Ryanair was seen circling in the Irish Sea a number of times before seeminly giving up heading to Scotland.

And an Aer Lingus A320 was seen on charts looping Dublin three times before heading to England.

Dublin Airport tweeted at 2.30pm: “Strong gusty winds may cause delays to the flight schedule this afternoon @DublinAirport.

“Please check latest flight information with your airline before travelling to the airport. #StormJorge.”

Airline passengers have been left frustrated by the delays. 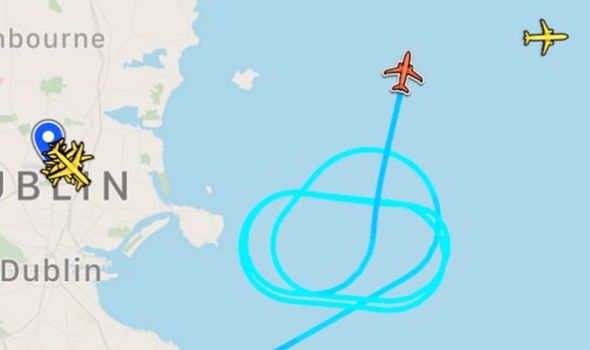 One responded: “Sitting on the runway for over an hour now. The app says we’ve departed for Gran Canaria.