The 42-year-old single mother is one of 111 women at the mine, many trained for jobs that would more traditionally be done by men in West Africa: hauling rubble, blasting rocks, or driving heavy vehicles.

Konate and her female colleagues are the beneficiaries of a global push by mining companies to bring more women into an industry that has lagged behind others in tackling gender imbalances. They remain firmly in the minority however: women make up just 11% of the workforce at Hounde, which is run by Canada’s Endeavour Mining.

After separating from her husband, Konate had struggled to provide for her two young daughters with odd jobs cleaning houses, cooking, and mixing concrete. When she heard the mine was hiring, she traveled across the country by bus for the interview.

“The mine has changed everything in my life. Everything,” she said. She now lives in a large house in Hounde and can pay for her daughters’ schooling.

“At this stage I really don’t need a man to do everything for me.”

Many women in Burkina Faso face barriers to finding well-paid, skilled work and lack financial independence – more than half marry before they turn 18.

Konate’s first job at the site was picking litter, but she was later trained to operate the trucks, whose chunky wheels are so large that drivers must climb a ladder to get into the cabin.

“The fact that it is a man’s job and that I can do it, really, I like that very, very, very much,” she said. 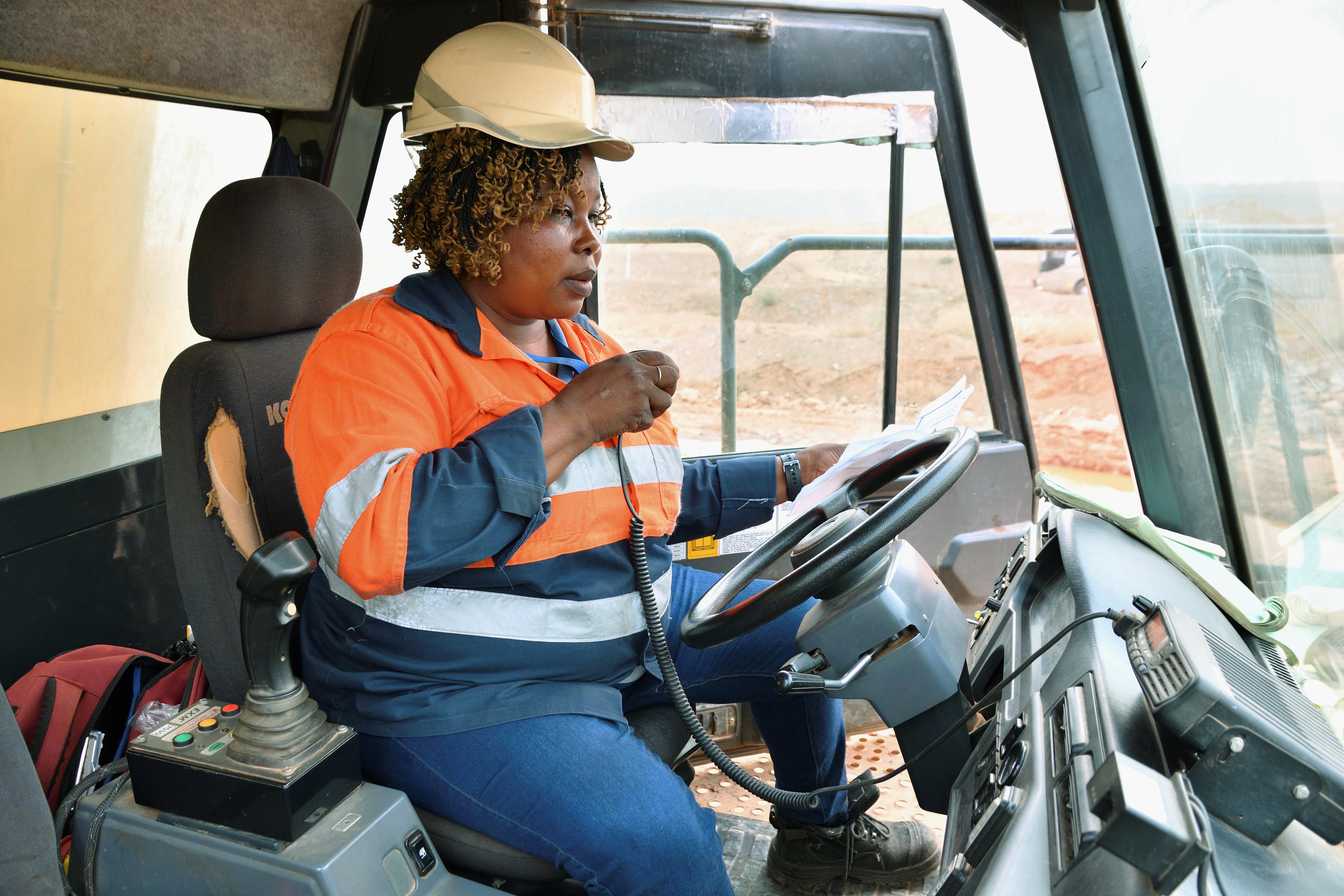 Family and friends respect what she has achieved. Others can barely believe it. “I told [my uncle], ‘yeah I really drive that machine’. Honestly he was very, very, very surprised to see I was doing that.”

Sonia Nkiema, who coordinates the work of more than 100 people at the pit, said women can sometimes face pushback from male workers, but she encourages those around her to forget gender and judge colleagues on the quality of their work.

“As I always say to my operators, as soon as you cross that gate, we are no longer women. We wear the same trousers as you do, we have become men, because we do the same job.”